According to the latest readings on Yale’s one-year investor confidence indices (so, percentage of respondents who think stocks will be higher a year from now), both the “smart” money and the “dumb” money are now 100% confident that nothing can go wrong (basically – the individual survey is at 98.92):

The danger, it seems, is that it feels so obvious. And the obvious, of course, is always a risky proposition in the stock market. But it’s hard to imagine the lack of volatility lingering much longer, especially in the face of … well, everything.
Just how calm has it been?
The VIX VIX, +2.59% a gauge of expected stock market volatility, finished below 10 only 26 times from 1990 to 2017, according to Bloomberg data. Since May, we’ve seen 17 of these historically low readings. Unless they’re shorting volatility, it’s tough out there for day traders to scalp profits when the swings are so minimal.
Obvious or not, Eric Peters of One River Asset Management, in our call of the day, says there’s, indeed a shift coming. A big one. He explains in a LinkedIn post just how “extraordinary” the current situation is and where we go from here.
“All previous periods of extreme asset valuation required investors to imagine a vastly different tomorrow, a wildly optimistic future, a steeper slope,” he writes. “But today, they expect the opposite. Due to unfavorable demographics and over-indebtedness, investors expect the slope to flatten, perhaps forever.”
www.marketwatch.com/story/be-afraid-everybody-seems-to-agree-on-where-the-stock-market-is-headed-2017-08-07

The Federal Reserve‘s looming attempt to shrink its mammoth portfolio of bonds comes with an ugly track record: Virtually every time the central bank has tried it in the past, recessions have followed.
Over the past several months, the Fed has prepared markets for the upcoming effort to reduce the $4.5 trillion it currently holds of mostly Treasurys and mortgage-backed securities. The balance sheetballooned as the Fed sought to stimulate the economy out of its financial crisis morass.
The Fed has embarked on six such reduction efforts in the past — in 1921-1922, 1928-1930, 1937, 1941, 1948-1950 and 2000.
www.cnbc.com/2017/08/02/fed-balance-sheet-reduction-almost-always-ends-in-recession.html
twitter.com/NorthmanTrader/status/893542582155923456

A Dim Outlook for Trumponomics

Now that US President Donald Trump has been in office for six months, we can more confidently assess the prospects for the US economy and economic policymaking under his administration. And, like Trump’s presidency more generally, paradoxes abound.

The main puzzle is the disconnect between the performance of financial markets and the real. While stock markets continue to reach new highs, the US economy grew at an average rate of just 2% in the first half of 2017 – slower growth than under President Barack Obama – and is not expected to perform much better for the rest of the year.

Stock-market investors continue to hold out hope that Trump can push through policies to stimulate growth and increase corporate profits. Moreover, sluggish wage growth implies that inflation is not reaching the US Federal Reserve’s target rate, which means that the Fed will have to normalize interest rates more slowly than expected.

Lower long-term interest rates and a weaker dollar are good news for US stock markets, and Trump’s pro-business agenda is still good for individual stocks in principle, even if the air has been let out of the so-called Trump reflation trade. And there is now less reason to worry that a massive fiscal-stimulus program will push up the dollar and force the Fed to raise rates. In view of the Trump administration’s political ineffectiveness, it is safe to assume that if there is any stimulus at all, it will be smaller than expected.

The administration’s inability to execute on the economic-policy front is unlikely to change. Congressional Republicans’ attempts to replace the Affordable Care Act (Obamacare) have failed, not least because moderate Republicans refused to vote for a bill that would deprive some 20 million Americans of their health insurance.

The Trump administration is now moving on to tax reform, which will be just as hard, if not harder, to enact. Earlier tax-reform proposals had anticipated savings from the repeal of Obamacare, and from a proposed “border adjustment tax” that has since been abandoned.

That leaves congressional Republicans with little room for maneuver. Because the US Senate’s budget-reconciliation rules require all tax cuts to be revenue-neutral after ten years, Republicans will either have to cut tax rates by far less than they had originally intended, or settle for temporary and limited tax cuts that aren’t paid for.

To benefit American workers and spur economic growth, tax reforms need to increase the burden on the rich, and provide relief to workers and the middle class. But Trump’s proposals would do the opposite: depending on which plan you look at, 80-90% of the benefits would go to the top 10% of the income distribution. 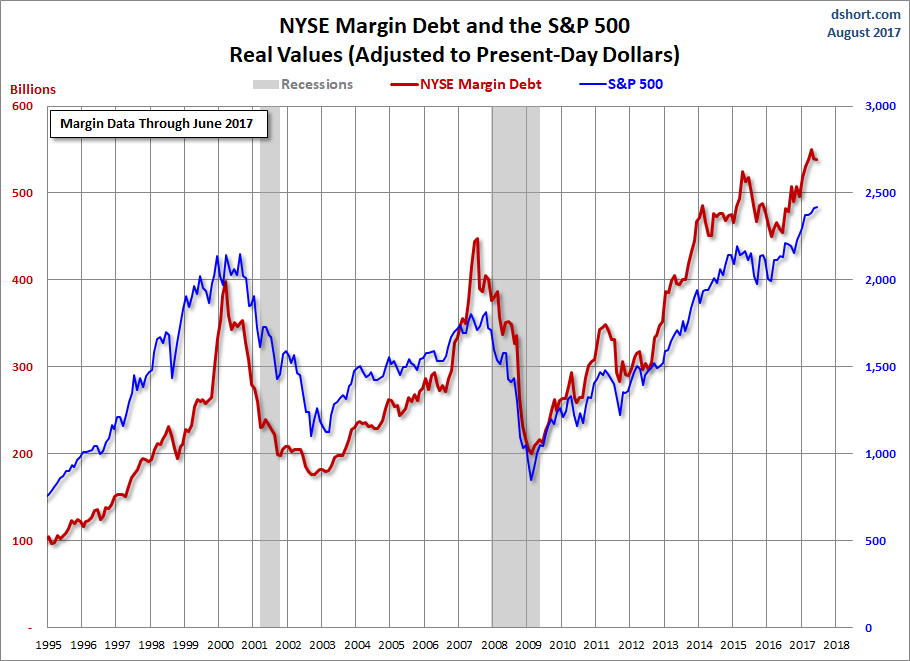 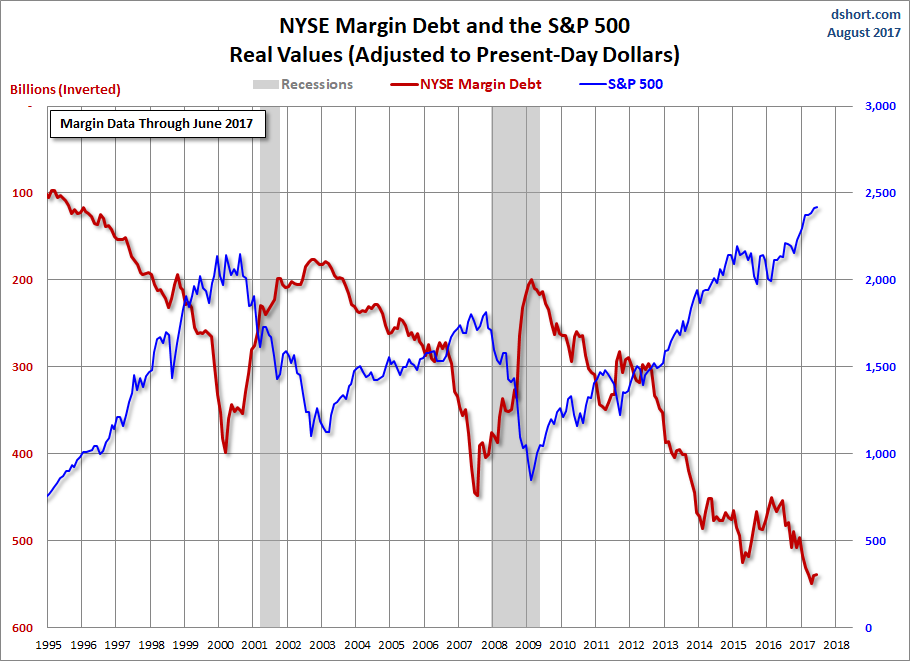 1 thought on “Investors Simply Cannot Get Any More Bullish! Both The “Smart” Money And The “Dumb” Money Are Now 100% Confident That Nothing Can Go Wrong”