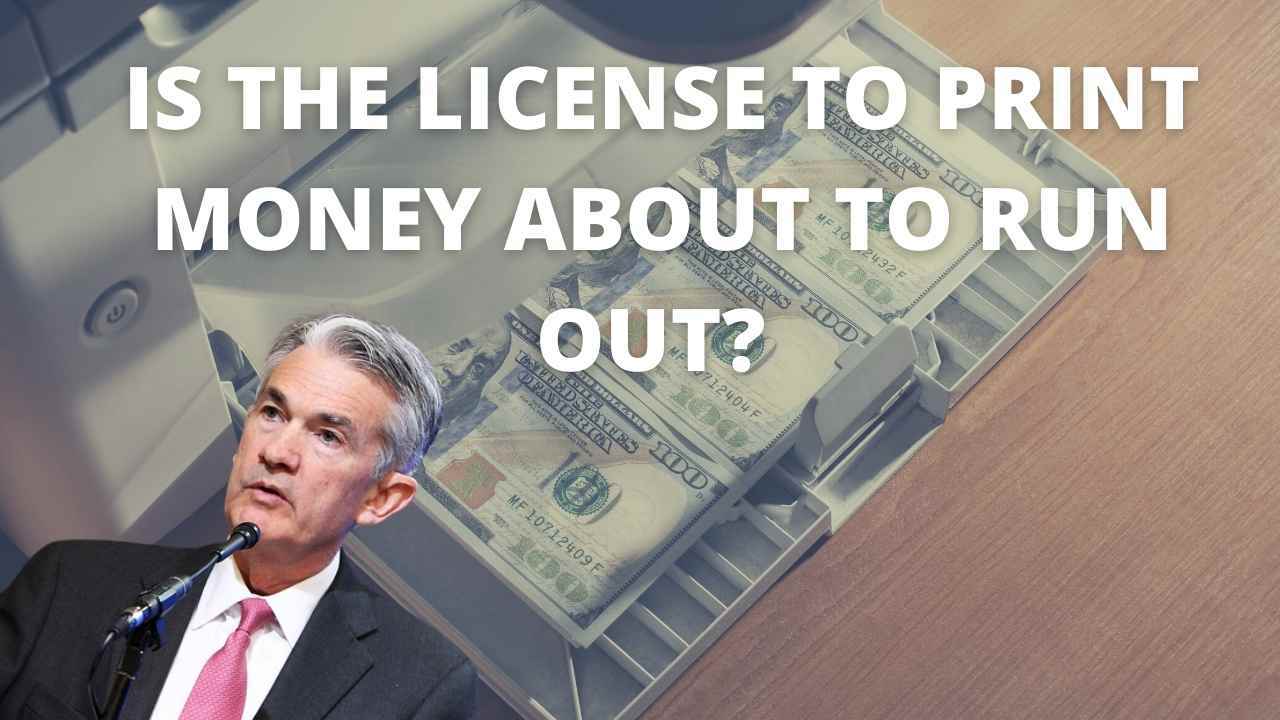 One of the biggest reasons for people deciding to buy gold bars or to own silver coins is because of the folly of central banks and government. It seems bizarre to most people that we are all aware that money doesn’t grow on trees and yet those responsible for financial stability have forgotten this basic life-lesson. But, what has felt even more bizarre (and maddening) is for how long this foolishness has been allowed to continue. Well, it seems this won’t be the case for much longer. Below, we outline how central banks and governments are coming to the end of their experiment, not necessarily by choice and certainly not without consequence.

Central banks have been printing money non-stop for the last 15 years – since the 2008-09 Great Financial Crisis. The central bank purchases assets in exchange for newly printed money. The main asset being government bonds. The European Central Bank (ECB), Bank of England (BoE), and the US Federal Reserve (Fed) are holding close to $12 trillion in government bonds on their balance sheets – more than half of these bonds purchased since the 2020 covid pandemic took hold. Central banks sucked up government bonds in order to keep yields from rising so governments could continue to issue bonds … and this circle worked for as long as bond prices continued to stay the same or rise.

Central banks’ buying of government bonds was a win for the government too, as governments benefited through the low yields that central bank buying created. This allowed governments to continue spending well beyond their revenues, thereby increasing already large debt loads without the consequence of rising yields.

However, the combination of supply chain issues, large supplements to household income from governments, and Russia’s invasion of Ukraine, has pushed inflation to 40-year highs and central banks, although slow to react, have started raising interest rates at a rapid pace. This in turn has sent bond prices lower – to the tune of 18% lower since the beginning of 2021.

See also  US tightening to date continues to ripple through money and credit in an orderly sequence. Bank lending - the next shoe to drop. Michael Burry is now positioned for a crash. Expect a collapse of "everything" within the next four months?

As we discussed in our post on September 28 Ross Geller inspires Bank of England policy the Bank of England has already stepped in to help support UK Gilt prices and has delayed selling bonds off its balance sheet, to continue supporting the government.

And now with the Fed not sucking up the excess US Treasury issuance – Janet Yellen, US Treasury Secretary, is discussing a buyback program to help with liquidity in the market – there is a problem. The problem is that since the Fed has been one of the main buyers of US Treasuries over the last 15-years that “the capacity of broker-dealers to intermediate in the market has not grown in line with the market’s size”. More details on the Treasury’s plans for the buyback and liquidity are scheduled to be released on November 2.

Since the central bank bond buying spree started in earnest the Federal Reserve has made money on its investments – it earned more in interest and payments from banks than it paid out to banks for holding their excess reserves at the Fed. These earnings by the Federal Reserve were then turned over to the US Treasury to spend.

However, the bond selloff has triggered paper losses for the Fed (and other central banks). The falling bond prices are becoming a huge issue for central banks – their assets are losing value.  Last year the Fed remitted about $100 billion to the US Treasury – and in contrast estimates are that the potential Fed loss this year could be upwards of $75 billion. This ‘paper loss’ can sit on the balance sheet for some time but eventually the loss must be addressed.

See also  Our society is at peak corruption, fraud is widespread, our politicians and central bankers engage in insider trading...

And guess who foots the bill …. That’s right it’s the governments that issued those bonds in the first place … or to be more precise the taxpayers to those governments.

As losses mount and economies weaken further the large quantitative easing programs are likely to come under scrutiny, ironically the criticism will mostly come from the same governments that the large programs supported.

Nonetheless, the losses could spur additional calls for central banks to not enjoy the high level of ‘independence’ and power that they currently have. Recall that central bank independence has always been a joke. No entity is independent of the political system which names its head banker, or sets the mission statement, and requires semi-annual visits to parliament or congress.

Investors who hold physical silver and gold should take comfort in the fact that no central banker is needed to validate their wealth since central bankers are merely politicians with a penchant for helping other politicians before anyone else.