Yesterday, Facebook’s stock plummeted nearly 20% after the company missed earnings. It was the biggest one-day loss in market value of any US-listed company ever. This was truly a frantic and radical repricing. But I can’t say that I’m surprised. 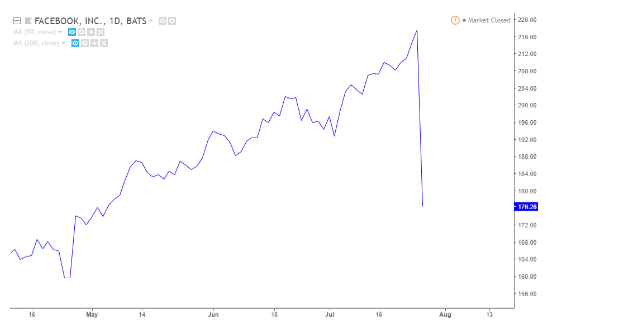 The storm clouds have been on the horizon for quite some time. Economist and demographer Neil Howe noticed that things were not well with Facebook several months ago. Howe saw a distinct change in the way the public viewed Facebook; from a fun platform to an untrustworthy platform that is sucking precious time. Because engagement with the platform is everything in terms of Facebook’s revenue, this changing public perception could be catastrophic for the company.

Facebook’s image took a massive blow when it was discovered that Cambridge Analytica and other companies were scraping users’ personal data to influence election results. This encouraged the public to seek more detailed answers on how their data was being used and what data was being collected. It turns out that the amount of data they have on you is startlingly immense, and that means they use your data in all sorts of ways, including mind control (not kidding).

See also  Peter Schiff: If you really want to buy #Bitcoin, wait until #MicroStrategy sells its last satoshi. If MSTR keeps selling stock and borrowing money to buy into a falling market, existing or new shareholders will be forced to liquidate.

Because Facebook is now likely being used to influence the political landscape, the US government has begun to scrutinize Facebook as well. In April, Facebook CEO Mark Zuckerberg was called before Congress and questioned about the company’s practices regarding data collection and other issues.

Zuckerberg may also be attracting the attention of government officials in other ways. Around the time his company came under scrutiny from the government, and right before his company’s stock crashed, Zuckerberg began selling his shares at an incredible rate. Even if the sales turn out to be completely legal, he will still draw the attention of regulators. 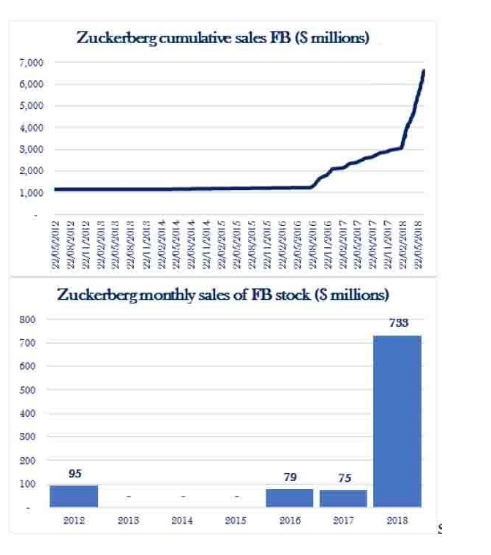 Does Zuckerberg know something that the public does not? Is the company in more trouble than we realize? Let’s not forget how quickly technology companies can vanish. Myspace was Facebook before Facebook. That is where you went to connect with friends and family and to share your favorite digital content. However, the market quickly decided that Facebook’s social media platform was superior, and Myspace almost immediately became a relic.

See also  Sky News: Australia in ‘a terrible lot of trouble’ with $90b ‘con-job’ submarine program

As wildly successful venture capitalist Peter Thiel says: most companies in the Nasdaq are not actually tech companies; they are anti-tech companies. What we consider to be tech companies are actually banking on the fact that no new companies come out with a better product or service. So, companies like Facebook are hoping for less innovation, not more. That may be why Thiel sold his Facebook shares many years ago.

This latest selloff may not signal the quick demise for Facebook. They are still a very large and successful company after all. But the foundation of the company is starting to look vulnerable. They aren’t the innovators they once were, and they are coming under immense scrutiny from the public and the government. They need to rapidly improve their image and work on their next big innovation, or they will be relegated to the long list of failed tech companies.