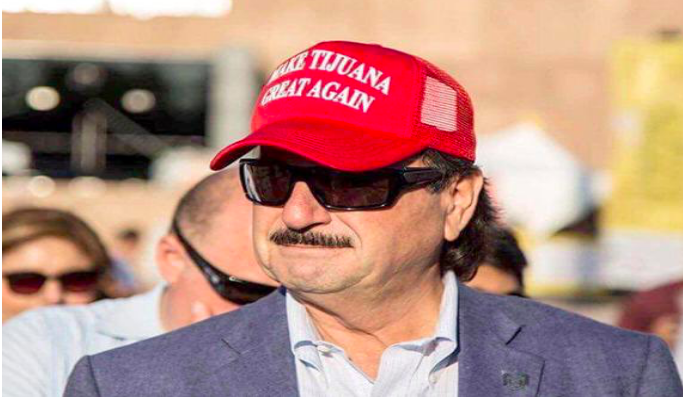 On the Sunday after Thanksgiving, arguably the busiest travel day of the year, the northbound and southbound crossings for both pedestrians and vehicles at the San Ysidro crossing at Tijuana were closed for almost six hours after 500-plus migrants pushed past Mexican police and rushed the border attempting to illegally enter the United States.

Remember when CNN’s Jim Acosta debated with President Trump about the caravan not being an invasion? Remember when they declared that the caravan was thousands of miles away and was simply being used as a campaign issue for the Donald?

With U.S. border agents firing several rounds of tear gas at the invading migrants throwing rocks at them, is it time to close the border? I believe this is a question worth asking with the what is going on in Tijuana right now.

President Trump is growing impatient with Mexico, telling them to send the caravan of migrants back to their home countries or face a permanent closure of the border.

“Mexico should move the flag waving Migrants, many of whom are stone cold criminals, back to their countries,” Trump tweeted Monday morning. “Do it by plane, do it by bus, do it anyway you want, but they are NOT coming into the U.S.A. We will close the Border permanently if need be. Congress, fund the WALL!”

Mexico should move the flag waving Migrants, many of whom are stone cold criminals, back to their countries. Do it by plane, do it by bus, do it anyway you want, but they are NOT coming into the U.S.A. We will close the Border permanently if need be. Congress, fund the WALL!

The wall is still nowhere in sight as the latest caravan statistics in the Unidad Deportiva Benito Juarez shelter in Tijuana, with a capacity of 3,000, reveal that there are 5,738 migrants now camped out. Of those, 3,676 are men (64%), and 2,062 are women and children. And it’s only going to get worse with thousands more on the way. Additional migrants will continue to arrive in the thousands in the coming days in Tijuana trying to claim asylum in the U.S., despite the pushback the caravan is receiving at the border and the fact that asylum seekers are supposed to seek asylum in the first safe country they enter. The thousands of incoming migrants are in addition to the already almost 6,000 in Tijuana today.

The migrants were heard shouting “yes we can,” a tired catchphrase from Barack Hussein Obama’s campaign. Well, actually no you can’t. You cannot just force your way into the United States. You cannot be violent and push your way into this country simply because you want to. We have laws. We have borders. And we have a new president. The old way of catch and release is hopefully over if we can keep these asylum seekers in Mexico while their cases our processed. I have a hunch almost all of them are fraudulent. This is far from an organic caravan of refugees, this was a planned stunt all along.

According to Fox News, Trump administration officials have stated that the vast majority of asylum claims are fraudulent or legally insufficient. They have taken steps to reduce the backlog of asylum claims that they say are often used by migrants to gain entry into the U.S. and disappear into the country as their claims are adjudicated.

The “Remain in Mexico” policy keeping the caravan in Mexico instead of having them in the U.S. and obtaining a court date that they never show up to has the potential of ending catch and release once and for all. But there has been some confusion about the deal supposedly in the works. The new Mexican administration taking over next month just denied that any agreement had been reached. Perhaps Trump is using a negotiating tactic. Maybe discussions have started but Mexico does not want to commit to anything yet.

Trump administration officials told NBC News that the deal with Mexico’s new government would put asylum seekers in Mexico while U.S. courts processed their claims, going on to state that the deal was still a few weeks away from going into effect. Saturday afternoon, however, a spokesman for incoming Mexican President Andrés Manuel López Obrador, denied the existence of any such agreement.

It is time to #BuildTheWallNow. It is time to stop misinformation about these people being real #AsylumSeekers mostly women and children. It’s time to close the #border or things are going to get out of hand quickly. Believe me! pic.twitter.com/2TVqoH86He

This is not a peaceful group of people we should want to let into our country. There is no need to open our borders to these kinds of people. Asylum should be granted to those who really deserve it. And from what I’ve seen so far, I don’t think we should let many, if any, of them in.

Kevin McAleenan, who is a commissioner of U.S. Customs and Border Protection, spoke with reporters about the dozens of assaults committed Sunday against agents.

“U.S. Customs and Border Protection agents and officers in San Diego effectively managed an extremely dangerous situation involving more than 1,000 individuals who sought to enter the U.S. unlawfully and in large groups,” McAleenan told reporters yesterday. “They did so safely and without any reported serious injuries on either side of the border.”

While the left melts down over the Trump administration’s use of tear gas, it is important to recall that pepper spray was used at the exact same location in 2013 during Obama’s second term involving 100 migrants throwing rocks at agents during an attempted illegal crossing. Thankfully, 300 troops will be transferred to California to reinforce Border Patrol as the caravan grows larger by the day.

Democrats and the mainstream media (one in the same) express continued outrage over this latest example of Trump’s bigoted/racist/hateful America — firing tear gas at women and children who simply want to live in our country. Nevermind the fact that Obama did it five years ago. No need to point out that these migrants are mostly young men and certainly include hundreds and hundreds of criminals or potential criminals.

Again, in 2013, Barry O’s administration (who could do no wrong, I mean look how funny and charming he is!), Border Patrol agents used pepper spray to fend off a group of approximately 100 migrants who tried to push their way into America.

cc: Everyone on the left:t.co/0JlLLqHFGJ

Tijuana Mayor Juan Manuel Gastélum Buenrostro has been seen sporting a red “Make Tijuana Great Again” hat. He declared a humanitarian crisis on Thursday after more than 5,000 migrants arrived in his city. They simply do not have the resources to house all of these people for an unknown period of time. And he rightly does not want to spend his city’s funds on these illegal immigrants taking up temporary residence in Tijuana on their way into the U.S.

“I am not going to compromise Tijuana’s public services,” said Mayor Gastélum Buenrostro. He vowed not to bankrupt his city for the sake of these migrants. He has called on the UN to assist with the migrant crisis since the federal government of Mexico appears more committed to transferring these caravans out of their country and into the states.

Residents of Tijuana have not welcomed these illegal immigrants in the caravan with open arms. They do not want them in their city.

“We want the caravan to go; they are invading us,” said Patricia Reyes, a 62-year-old protester. “They should have come into Mexico correctly, legally, but they came in like animals.” Hundreds of Tijuana residents gathered in the Rio area of the city to protest the caravans coming from Central America and camping out in their city. They held signs saying “No illegals,” “No to the invasion,” and “Mexico First.” Guess the Mexicans are racist against Guatemalans and Hondurans?

The wall needs to be funded. Congress has limited time to act.

Brian Hastings, a U.S. Border Patrol chief of law enforcement operations has expressed support for the border wall, saying it would benefit agents. He reiterated that agents definitely want a wall to be built, as does much of the country, especially after the chaos we witnessed over the weekend. The caravan adds on to an already massive workload the Border Patrol has.

“It’s important to note that we have 2,000 arrests per day besides the caravan. That’s everyday business right now for us. We’re very busy. This caravan just adds another component or another challenge to what we do daily,” Hastings said. 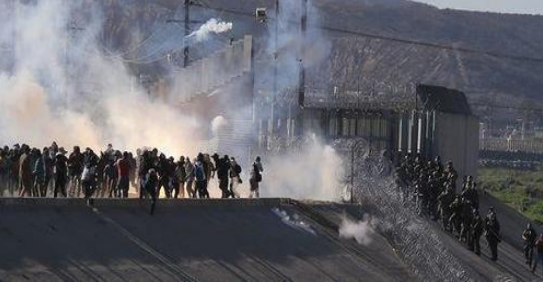 Mexico has finally taken action against these migrants, reportedly deporting around 500 who violently tried to cross into the U.S.

Something has to get done on the border. And fast. With the wall nowhere in sight, how will we secure our borders? How will we keep these fraudulent asylum seekers out? How will we win the information war against the mainstream media, which constantly claims that these are women and children refugees? Should we close the border for a period of time before things settle down? Will Congress ever do anything of any importance on immigration? There are still too many questions to feel satisfied with the direction our border security is going. Despite the gains we’ve made with President Trump, our current immigration system remains quite imperfect.

Decisive action needs to be taken. A deal with Mexico on keeping asylum seekers south of the border must be finalized. The caravan must be turned back. The invasion has to be repelled.