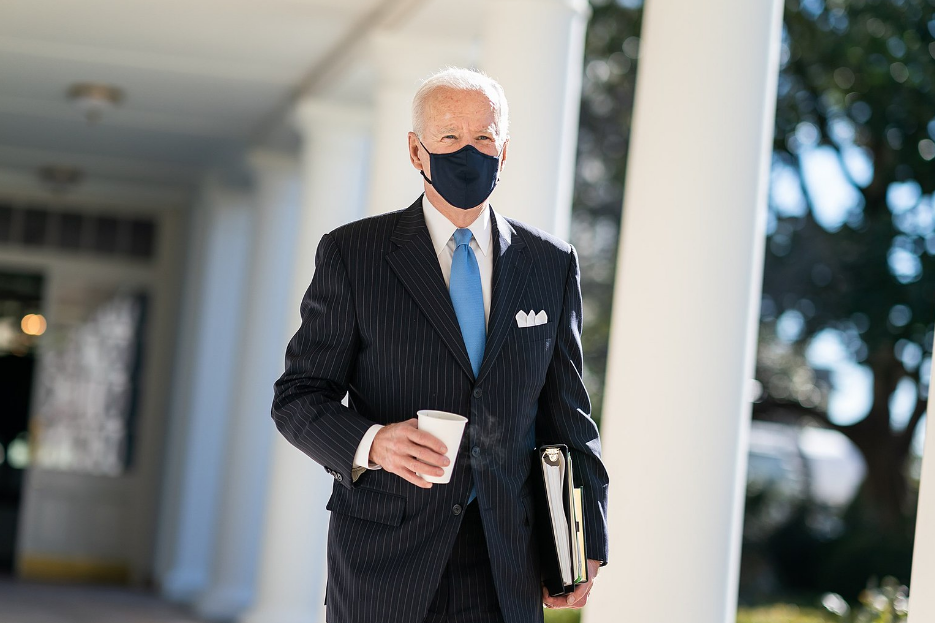 It seems like it was just yesterday that we were told that a new variant called “Omicron” had been discovered in southern Africa.  Now it is being reported that Omicron is suddenly spreading like wildfire all over North America and Europe, and we are being told that a very “dark winter” is ahead of us.  Of course whenever case numbers start rising again, the Biden administration feels as though it must do something.  So on Tuesday, Joe Biden is going to deliver another “major address” to the nation.  Unfortunately, many are anticipating that he may introduce more destructive restrictions which could significantly damage the U.S. economy as we head into 2022.

When it comes to the pandemic, we all know that Biden listens to the “scientists”, and right now the “scientists” are scaring the living daylights out of the general public.

For example, over the weekend Dr. Television warned that Omicron will soon put severe stress on hospital systems all across America…

Dr. Anthony Fauci warned Sunday that the next few weeks will put severe stress on hospital systems as the omicron variant of the coronavirus is “raging around the world.”

Fauci, President Joe Biden’s chief medical adviser, said on NBC’s “Meet the Press” that there is no doubt about the omicron variant’s “extraordinary capability” for transmission. Although the latest mutation appears to cause less severe symptoms in vaccinated people, Fauci warned that its transmissibility counteracts the mildness of the cases.

And the director of the NIH has suggested that the U.S. could soon see a million cases a day…

Collins’ forecast comes as the highly-contagious Omicron iteration spreads like wildfire throughout the nation and the Delta variant continues to sicken masses of people ahead of the winter holidays.

It is completely and utterly irresponsible for Collins to say something like that, and all such similar projections have been totally inaccurate in the past.

See also  Biden team says $5T in COVID relief not enough. So, where did it all go? Are they kidding? The Washington Post reports that the Joe Biden White House will soon ask Congress for even more money to battle the COVID-19 pandemic.

But Joe Biden believes these guys, and so even though there has only been one documented death from Omicron anywhere in the world, Biden appears poised to take this crisis to an entirely new level…

President Joe Biden will deliver a speech Tuesday to address the omicron variant and unveil new steps the administration is taking to help communities in need of assistance, a White House official told NBC News on Saturday.

Biden is expected to go beyond his already unveiled “winter plan” with additional measures while “issuing a stark warning of what the winter will look like for Americans that choose to remain unvaccinated,” the official said.

Right now, we don’t know exactly what those “new steps” will look like, but there is a lot of speculation that they could include new mandates and/or restrictions.

Unfortunately for Biden, he is deeply failing as a leader, and at this point the vast majority of Americans simply do not trust him…

According to the CNN poll conducted by SSRS, 66 percent of Americans said they doubted whether Biden was “a leader you can trust,” a number that included 92 percent of Republicans, 75 percent of independents and 36 percent of Democrats.

Just about everything that Biden has done during his time in the White House has turned out badly, and a whole lot of people out there are going to be really angry if he decides to do even more to mess up our economy.

Thanks to our “leaders” in Washington, inflation is completely out of control and we are now facing the worst supply chain crisis in our entire history.

In an excellent article that he just published, James Rickards explained how complex and how vulnerable our global supply chains have become…

In total, Apple works with suppliers in 43 countries on six continents to source the materials and parts that go into an iPhone. That’s a quick overview of the iPhone supply chain. Of course, every supplier in that supply chain has its own supply chain of sources and processes. Again, supply chains are immensely complex.

Our way of life depends on the smooth operation of thousands upon thousands of immensely complex supply chains.  Unfortunately, restrictions and mandates that have been implemented by politicians all over the planet have caused massive problems for those supply chains, and now politicians all over the planet are imposing even more restrictions and mandates to combat the Omicron variant.

See also  Money velocity in economy has collapsed while we are seeing record-high inflation in goods?!

Because of this insanity, it looks like 2022 is going to be a very rough year for the global economy.

As Americans head into a third year of pandemic living, therapists around the country are finding themselves on the front lines of a mental health crisis. Social workers, psychologists and counselors from every state say they can’t keep up with an unrelenting demand for their services, and many must turn away patients — including children — who are desperate for support.

“All the therapists I know have experienced a demand for therapy that is like nothing they have experienced before,” said Tom Lachiusa, a licensed clinical social worker in Longmeadow, Mass. “Every available time slot I can offer is filled.”

Ultimately, many would argue that the global response to the pandemic has been far more destructive than the virus itself.

And if we can’t handle a crisis of this magnitude, how are we possibly going to be able to handle something far more severe?

COVID has filled our leaders with great fear, and being fearful is never a way to handle a crisis.

Now it appears that fear is about to push Biden to make even more mistakes, and that is extremely unfortunate.