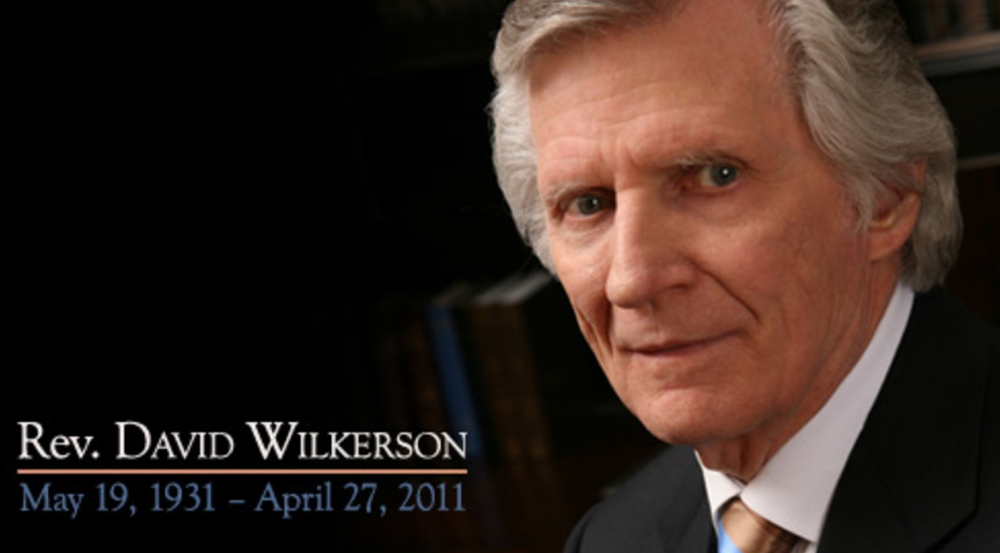 New York Mayor Bill de Blasio has decided that purging thousands upon thousands of important municipal workers will make the city a safer place.  But instead, could it actually be setting the stage for complete and utter chaos?  Earlier today, when I visited Steve Quayle’s website I noticed that he had mentioned David Wilkerson’s prophecy about widespread fires in New York City.  I instantly remembered the prophecy that he was talking about, and I decided to go look it up again.  For those that are not familiar with it, here is the relevant portion of that particular prophecy…

For ten years I have been warning about a thousand fires coming to New York City. It will engulf the whole megaplex, including areas of New Jersey and Connecticut. Major cities all across America will experience riots and blazing fires—such as we saw in Watts, Los Angeles, years ago.

Some have suggested that the widespread rioting that we witnessed in 2020 was at least a partial fulfillment of this prophecy.

I believe that those riots were just the beginning.

We haven’t seen a thousand fires burning simultaneously in New York City yet, but a great way to set the stage for such an event would be to dramatically reduce the number of firefighters.

Unfortunately, that is precisely what is happening right now.  Just check out these numbers…

NYC has issued a state-wide call for firefighters from both Long Island and Upstate New York as one-third of city firefighters remain unvaccinated ahead of the November 1 deadline, leaving 26 firehouses shuttered.

About 72 percent of FDNY workers have been vaccinated ahead of the November 1 deadline, meaning that up to 4,000 workers may be terminated from the department.

If civil unrest erupts and rioters are suddenly setting hundreds of fires all over the city, would the FDNY have the resources to deal with such a crisis?

I think that is definitely an open question at this point.

Now that the November 1st deadline has passed, there are going to be a lot fewer police officers and ambulances on the streets of New York City as well.

Bill de Blasio is entirely convinced that everything will be just fine.

Meanwhile, cities on the west coast are wrestling with similar issues.

In Los Angeles County, officials are facing a potential loss of 20 to 30 percent of their police officers…

Los Angeles County Sheriff Alex Villanueva continues to rail against the county’s vaccine mandate, warning it is causing a “mass exodus” in his department and threatens public safety at a time when violent crime is on the rise.

“I have repeatedly stated the dangers to public safety when 20%-30% of my workforce is no longer available to provide service, and those dangers are quickly becoming a reality,” Villanueva said in a prepared statement that he posted on social media last week. “We are experiencing an increase in unscheduled retirements, worker compensation claims, employees quitting, and a reduction in qualified applicants.”

Do you think that the streets of southern California will be safer or less safe once close to a third of all police officers are gone?

See also  The stuff of nightmares unfolding in America as globalists rush us towards all-out civil war – The more divided the country, the easier to complete our annihilation and overthrow in WW3

The answer to that question is quite obvious.

Other areas of the country are also dealing with growing shortages of law enforcement personnel.  For example, just check out what is happening in Georgia…

At a Georgia state House of Representatives hearing on prison conditions in September, a corrections officer called in to testify, interrupting his shift to tell lawmakers how dire conditions had become.

On a “good day,” he told lawmakers, he had maybe six or seven officers to supervise roughly 1,200 people. He said he had recently been assigned to look after 400 prisoners by himself. There weren’t enough nurses to provide medical care.

Those numbers are crazy.

As more mandates go into effect all over the nation, personnel shortages are only going to become even more dire.

The people that we rely on to maintain order are going to be stretched really, really thin, and such an environment is an invitation for chaos.

In recent years, our nation has been transformed into a tinderbox of anger and frustration.  As the riots of 2020 demonstrated, rioting can spread nationwide in just a matter of days under certain circumstances.

And now thanks to these new mandates, our major cities are going to be a whole lot less capable of dealing with unrest than they were previously.

In his 2009 blog post discussing this prophecy, David Wilkerson offered some practical advice…

First, I give you a practical word I received for my own direction. If possible lay in store a thirty-day supply of non-perishable food, toiletries and other essentials. In major cities, grocery stores are emptied in an hour at the sign of an impending disaster.

As for our spiritual reaction, we have but two options. This is outlined in Psalm 11. We “flee like a bird to a mountain.” Or, as David says, “He fixed his eyes on the Lord on his throne in heaven—his eyes beholding, his eyelids testing the sons of men” (v. 4). “In the Lord I take refuge” (v. 1).

I will say to my soul: No need to run…no need to hide. This is God’s righteous work. I will behold our Lord on his throne, with his eye of tender, loving kindness watching over every step I take—trusting that he will deliver his people even through floods, fires, calamities, tests, trials of all kinds.

I very much agree with his assessment.

Now that we have entered a period of time when so many prophecies are on the verge of being fulfilled, doing what you can to physically prepare for what is ahead should be a priority.

But of course spiritual preparation is even more important.

Those of us that belong to Jesus do not have to fear what is to come.  God knew about all of this in advance, He is in control, and He has a plan.

And those of us that have read the end of the book know that we win in the end.

But those that do not know Jesus definitely have reason to fear.  Everything that they have built their lives upon will crumble, and even if they are able to somehow survive the years ahead it will seem like the world has gone absolutely mad all around them.

We are going to see so much panic, depression and despair during the times that are coming.  People will be throwing themselves off of buildings, some will throw themselves in front of trains, and others will be trying to kill themselves with whatever pills they can find.

I want to tell as many people as I possibly can that there is hope in Jesus.

Jesus died on the cross to pay the price for your sins, and if you will give your life to Him your sins will be forgiven and you will have eternal life.

I know that this is not a particularly popular message today, but it is the most important message that I could ever share with you.

Jesus is the answer for whatever problems you are facing, and if you will surrender your life to Him you will be given endless hope and a very bright future.