Congress is now negotiating another round of economic stimulus to counter the coronavirus, and it still remains to be seen exactly what will be in it. The Paycheck Protection Program (PPP) was one of the biggest planks of the previous stimulus effort, offering small businesses forgivable loans in exchange for keeping workers on their payrolls. Our two latest maps reveal how this money was distributed across the country. 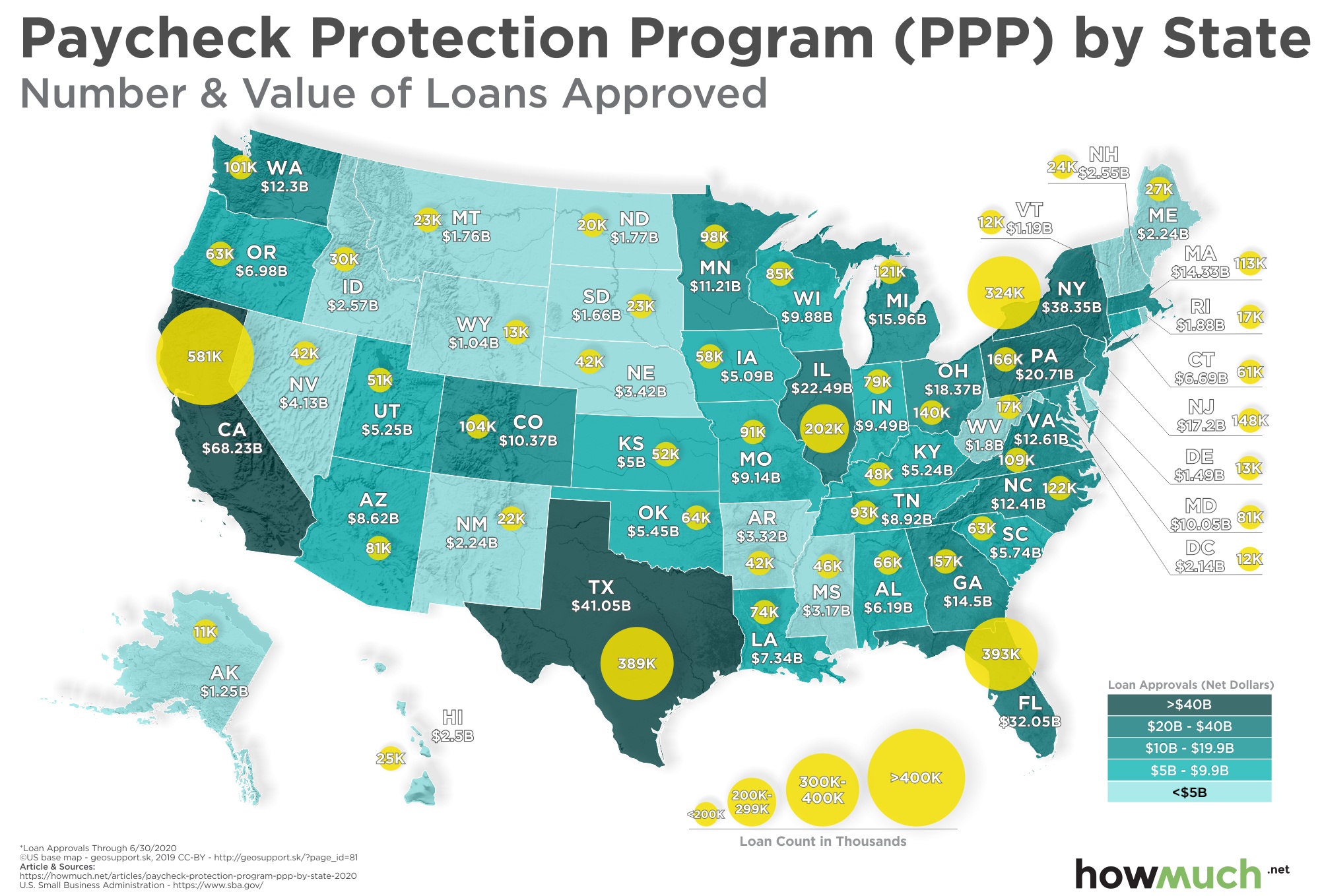 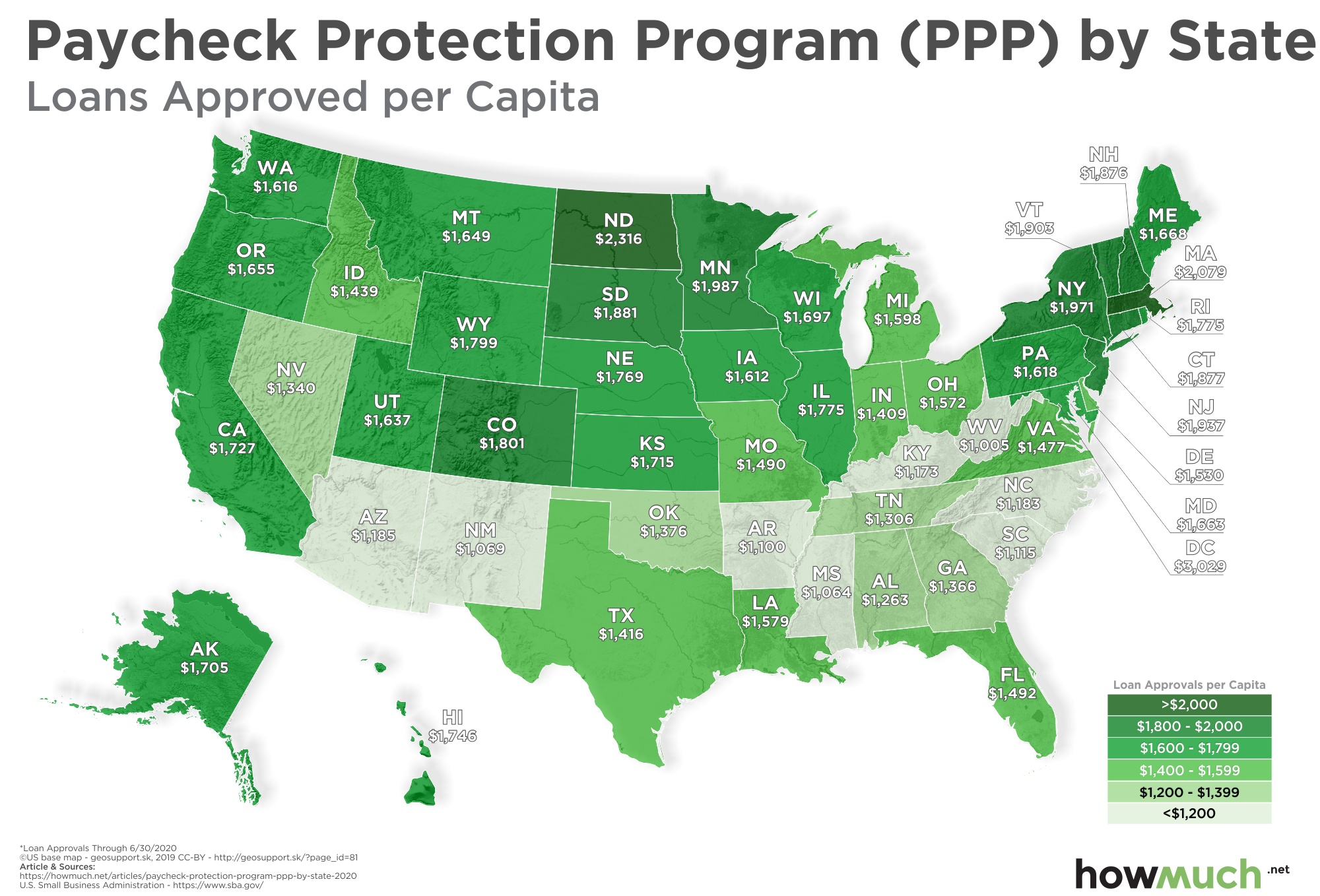 First, we illustrated the overall volume of dollars according to the US Small Business Administration with a color-coded map, overlaid with a yellow circle for the overall number of loans. This gives you a sense for which states are getting the most money in general. Second, we wanted to dive deeper into the numbers and make adjustments for population levels. So we created another map highlighting loan payments on a per capita basis, according to US Census figures for 2019, highlighting the places disproportionately benefiting from the program.

Top 10 States With the Highest PPP Funding Per Capita

The combination of both of our maps paints a complete picture of the Paycheck Protection Program. It’s no surprise to learn that the states with the highest population are taking in the most money overall. In fact, 9 out of the top 10 states receiving the most dollars are among the 10 most populated. California ($68.23B), Texas ($41.05B), New York ($38.35B) and Florida ($32.05) are the only four states to pull in more than $30B. That represents 34.45% of the total distribution, and those states account for 33.34% of the country’s population. At first glance, this suggests the Paycheck Protection Program was reasonably distributed across the country.

It is worth pointing out who is at the opposite end of the spectrum, with the least PPP dollars per capita. That would be American Samoa ($213), Puerto Rico ($564) and the Northern Mariana Islands ($765). We didn’t map these locations because they aren’t official states, but it’s interesting to note the Americans receiving the least PPP aid are geographically the furthest from the capitol.

There are two other insights worth calling out about the per capita map of PPP dollars. North Dakota and South Dakota are two of the 6 least populated states in the country, and yet they land in the top 10. And there is an obvious collection of lightly shaded states across the South, stretching from Arizona ($1,185) to North Carolina ($1,183). West Virginia received the least money when adjusted for population among any US state ($1,005). And yet these are the exact same places undergoing the brunt of the latest surge in cases. The pandemic and economic crisis are therefore colliding with particular force across the South and Sun Belt.

Do you think there will be another round of economic stimulus in light of the resurgent coronavirus? What do you think will be in the package? Let us know in the comments.