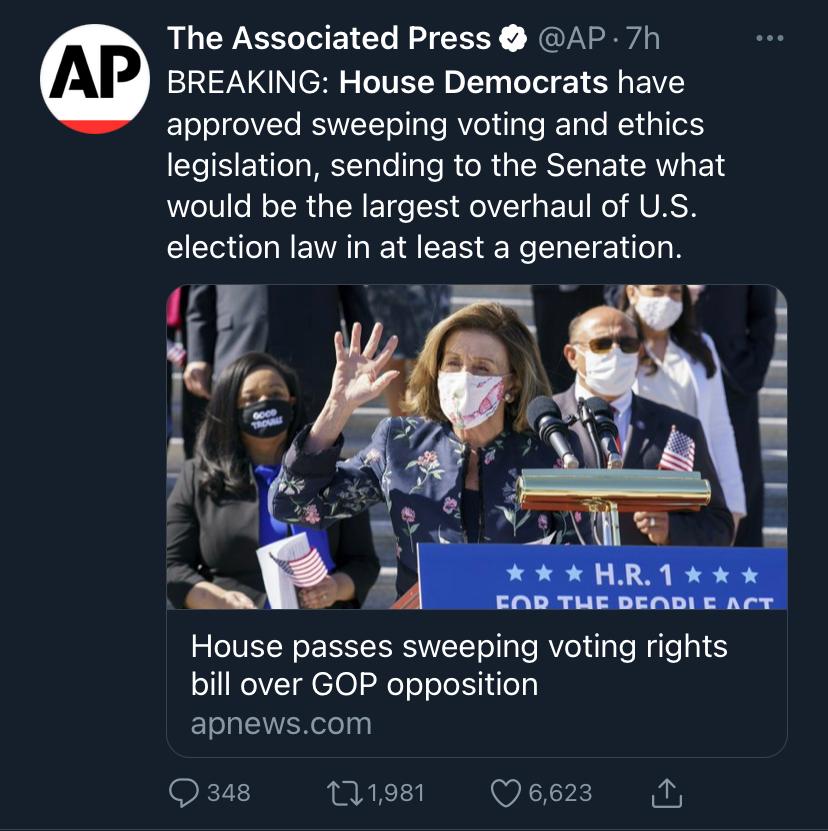 The House Democrats previously introduced the “For the People Act of 2021” which will ensure Democrats can count ballots for days and days after an election until they have enough votes to win.( they already did that this year and didnt need law to do it)

The Democrats used Covid as a vehicle to successfully steal the White House and the Senate (and possibly the House) with ballot harvesting, ballot drop boxes, mail-in ballots and by counting ballots in secret for several days after Election Day in 2020 so now they’re passing legislation to make it easier to steal every election going forward.

The Democrats are making it easier for them to steal elections by automatically registering voters and expanding early and absentee voting.

“This is something that is enormously popular among the American people. The American people want to reduce the role of big, dark, special interest money in politics, which is preventing so many good things from happening. The people want to see an end to voter suppression,” Speaker Pelosi said about H.R. 1 on Tuesday. another massive bill noone read….