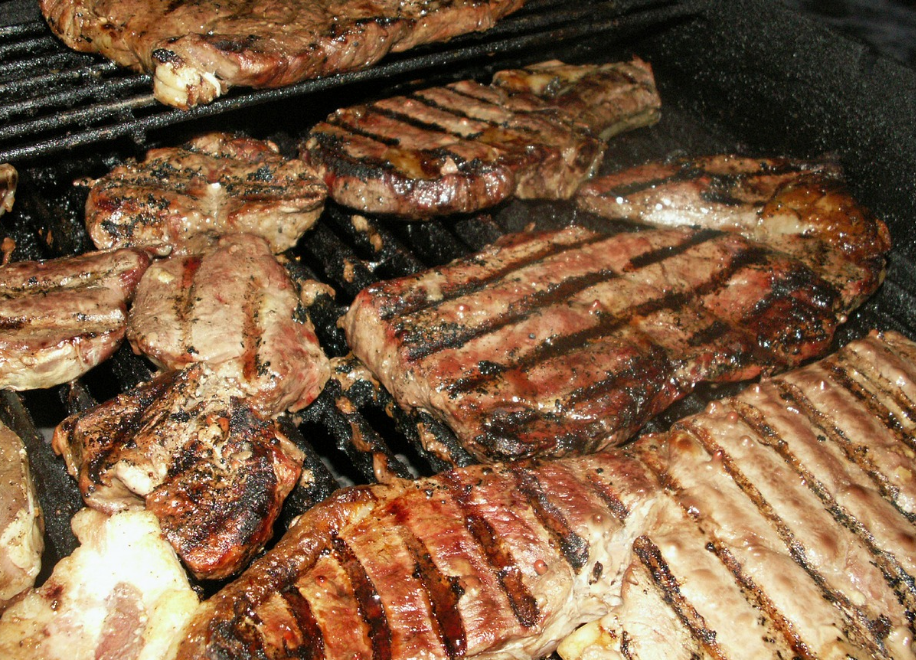 The era of cheap meat is over.  For those that are carnivores, that is really bad news.  For decades, Americans have been able to count on the fact that there would always be mountains of very inexpensive meat at the local grocery store, but now those days are gone and they aren’t coming back.  As I was writing this introductory paragraph, it struck me that what is happening to meat prices actually parallels what I wrote about yesterday.  Just as the left doesn’t want us to use traditional forms of energy because they believe that doing so is “bad” for the climate, so they also detest that a lot of us like to eat a lot of meat because the production of meat causes levels of certain greenhouse gases to rise.  Sometimes we joke about the methane that comes from “cow farts”, but radicals on the left take this stuff deadly seriously.  And at the same time that gasoline prices are soaring into the stratosphere, the exact same thing is happening to meat prices.  In fact, we just learned that the price of beef in the U.S. has risen more than 20 percent since last October…

Behind unleaded gasoline, beef prices have risen the most on the Consumer Price Index (CPI) since October 2020, rising 20.1% in the past year, according to the Bureau of Labor Statistics.

An increase of over 20 percent in one year is deeply alarming.

Unfortunately, it isn’t just the price of beef that is soaring.  Tyson Foods just released some new numbers which show that beef, pork and chicken prices are all rising dramatically…

The biggest meat company by sales in the United States has announced significant price rises for the fourth quarter, as the impact of the highest inflation for 30 years continues to be felt.

Tyson Foods, based in Springdale, Arkansas, announced on Monday that chicken prices rose 19 percent during its fiscal fourth quarter, while beef and pork prices jumped 33 percent and 38 percent, respectively.

During the early portion of this crisis, Tyson Foods was reluctant to pass increasing costs along to consumers, but now we are being informed that they don’t intend to make the same mistake again…

Stewart Glendinning, the chief financial officer of Tyson Foods, said that they have been slow to increase their prices, in line with inflation, but are now making up for the delay.

‘We expect to take continued pricing actions to ensure that any inflationary cost increases that our business incurs are passed along,’ he said, on the company’s quarterly earnings call.

Sadly, this is just the beginning.  The price of meat is only going to go higher from here, and eventually it will get to a point where meat prices become exceedingly painful.

Of course there are many that would argue that we are already there.

As food prices continue to climb, those that help the needy are going to have a much more difficult time trying to do so.

See also  Will the US end 2023 with interest-rates lower rather than higher than now?

For example, the Salvation Army is projecting that it will need 50 percent more funding than last year as it feeds more Americans than ever before…

The Salvation Army is planning to serve more meals than in 2020’s record year, and will need around 50% more funding to meet the buoyed demand, Hodder said. He expects rental and utilities assistance to lead the pack of requested aid.

The price of gasoline continues to shoot up as well.

On Tuesday, the average price of gasoline in California set a new record high for the third day in a row…

Gas prices in California have broken a new record with an average price tag of $4.687 for a regular gallon as of Tuesday morning, according to the American Automobile Association.

It was the third day in a row the state has recorded record breaking prices as Monday’s average gas price was $4.682 and Sunday’s was $4.676 which broke the previous state record of $4.671 in October 2012.

Needless to say, the price of gasoline is quite a bit higher than that in certain urban areas.

In downtown Los Angeles, one unfortunate motorist ended up paying more than six dollars a gallon on Monday…

Brian Sproule squinted against the sun on Monday as he examined the price board at a Chevron station in downtown Los Angeles, where a regular gallon of gas was $6.05.

Sproule, 37, is a mobile notary who spends much of his time in his car. He said he’s used to spending about $40 to fill his tank, but by the time he capped off his Hyundai Elantra, the meter displayed a whopping $71.59.

Can you imagine paying that much for gasoline?

Don’t think that it can’t happen where you live.  Eventually, everyone in the entire country will be seeing such prices.

The University of Michigan’s consumer sentiment index fell to 66.8 in November – down sharply from the October reading of 71.7 and well below economists’ forecast for a reading of 72.4.

“Consumer sentiment fell in early November to its lowest level in a decade due to an escalating inflation rate and the growing belief among consumers that no effective policies have yet been developed to reduce the damage from surging inflation,” Richard Curtin, the survey’s chief economist, said in a statement.

Americans haven’t been this negative about the economy in a really long time.

And it is becoming increasingly clear that things are going to get even worse in the months ahead.  Our leaders continue to promise that they will make progress on the problems that we are facing, but those problems just keep on escalating.  In fact, the number of giant container ships waiting off the coast of southern California just hit another new record high…

On Friday and Monday, yet another record was set for the number of container ships stuck at anchor or in holding patterns off the ports: 83. The average wait time at anchor for ships arriving in Los Angeles hit yet another fresh peak on Tuesday: 16.9 days.

That really surprises me.

See also  NATO Is NOT 'Ready' for Direct Confrontation With Russia

Despite all of the national attention, and despite the fact that the Biden administration has gotten directly involved, the nightmare at the ports in southern California just continues to intensify.

If we can’t even figure out how to get stuff unloaded and moved across the country in a timely manner, what hope do we have of properly addressing our more complex economic problems?

As our economy is shaken by crisis after crisis, millions upon millions of families all over the nation are deeply suffering.

But of course not everyone is doing badly these days.  It turns out that the vaccine manufacturers are laughing all the way to the bank…

The People’s Vaccine Alliance (PVA), an international non-profit working to close the global vaccine disparity, analyzed the earnings reports of Pfizer, BioNTech and Moderna and found that the companies will make a combined $34 billion in profit this year.

When I look at those numbers, they literally make me want to vomit.

The greed that we are witnessing has reached a level that is absolutely breathtaking.

But this is what happens when the moral foundation of a society completely collapses.

So I would encourage you to make preparations for a very rough year, because the days ahead are not going to be pretty.