EVERYTHING IS GOING SWIMMINGLY: Biden failing with blacks, military, seen as weak and ineffective.

It’s already been a big week for President Joe Biden to show off his commander in chief and race relations credentials, but two separate polls show that the public finds his actions weak and ineffective.

In one timed for Memorial Day, voters by a margin of 43%-32% said that Biden was a weaker chief compared to recent presidents.

Worse, it found that most feel Biden is “less aggressive” with foreign leaders in pushing American interests first.

And in another timed for Biden’s trip to Tulsa, Oklahoma, today for ceremonies on the 100th anniversary of the so-called Tulsa massacre, voters 39%-28% said race relations have turned worse since Biden took office.

Well, that’s because they have. Biden replaced a president whose opening statement was “When you open your heart to patriotism there is no room for prejudice,” with one of the most racially-divisive administrations since Woodrow Wilson’s.

See also  Since June 2019, the ECB has acquired 91.2% of all Euro-area debt issued… essentially fully funding enormous budget deficits with newly printed Euros… How is this any different from Venezuela and Zimbabwe…?

Rasmussen Says Joe Biden May Be Only A Shadow Of The President People Wanted.

Or, in terms of spending, so, so much more: Joe Biden’s Trojan horse presidency. “Biden’s early approach to spending makes the New Deal pale in comparison. He has utterly discarded any semblance of fiscal restraint he ever had as a senator, throwing caution to the wind to push through a $1.9 trillion partisan COVID-19 “stimulus” package that, adjusted for inflation and population, is twice the size of the Obama-era bailout and slightly larger than former President Franklin Delano Roosevelt’s New Deal.”

NOT SO BIONIC:  The Six-Trillion Dollar President. 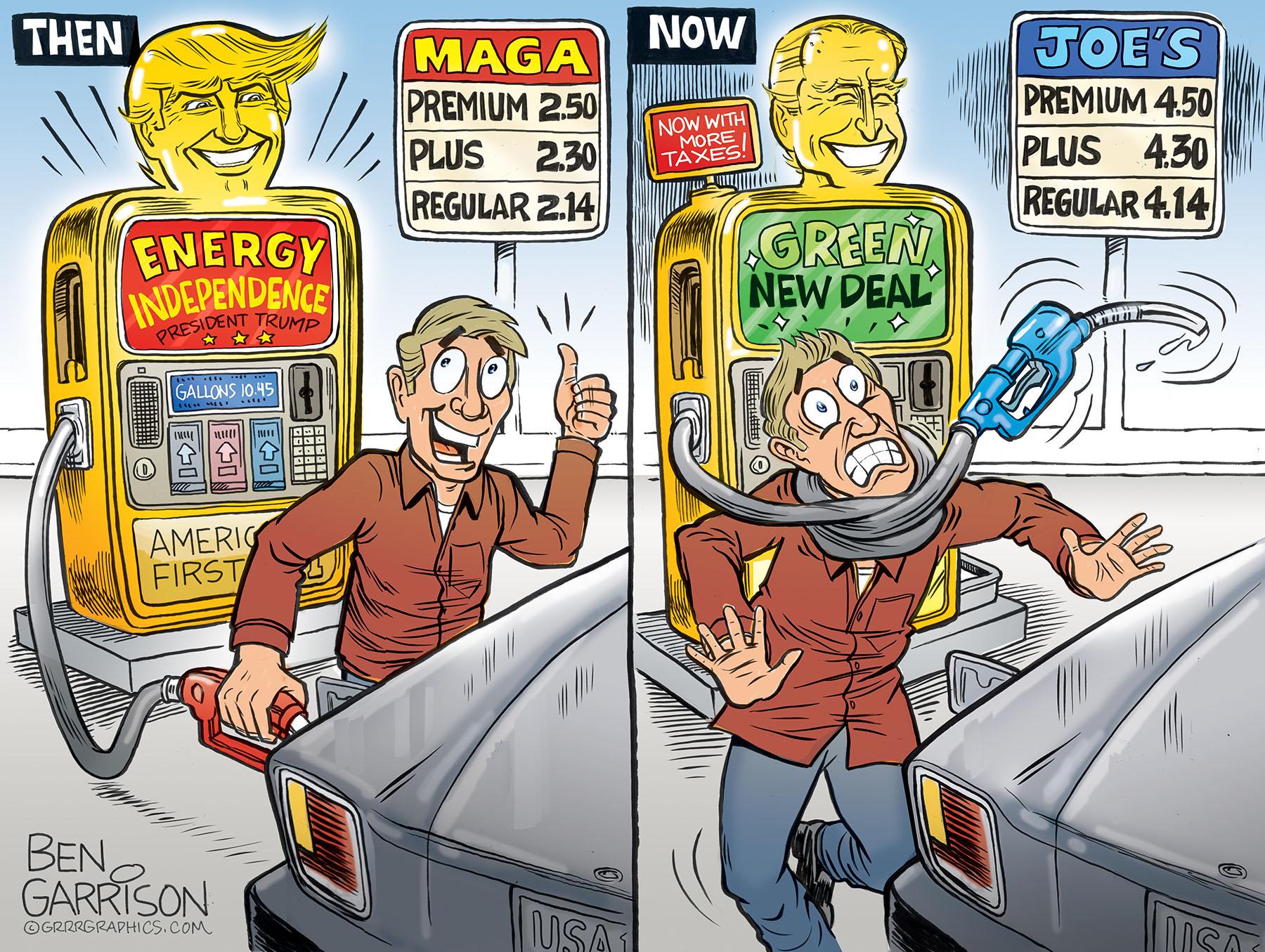