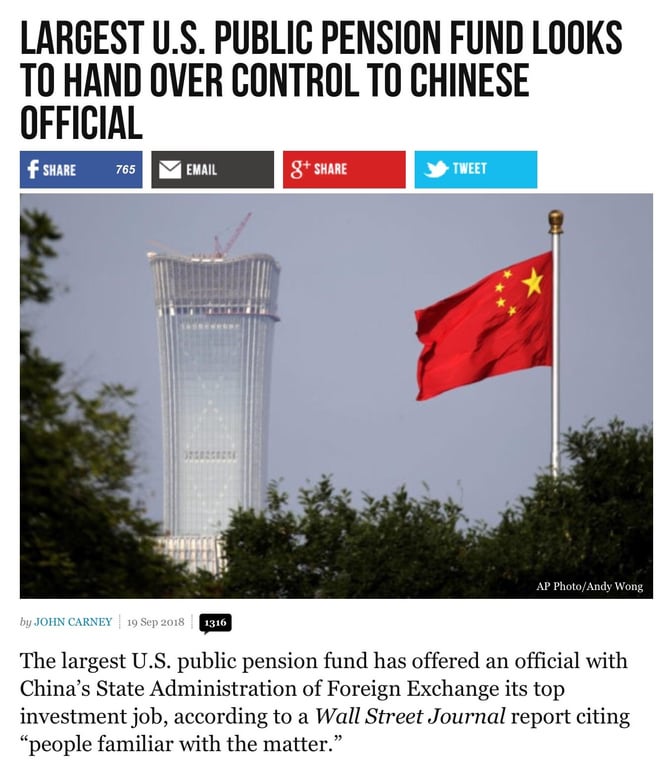 The State Administration of Foreign Exchange is the agency that oversees China’s foreign currency reserves and was central to its currency manipulation schemes, according to people familiar with the matter.

CALPERS has enormous sway over investment in the U.S., managing $360 billion in assets to fund the state’s retirement obligations to police officers, firefighters, and other public employees. In 2016, Fortune described CALPERS as “one of its most influential institutional investors” in the US.