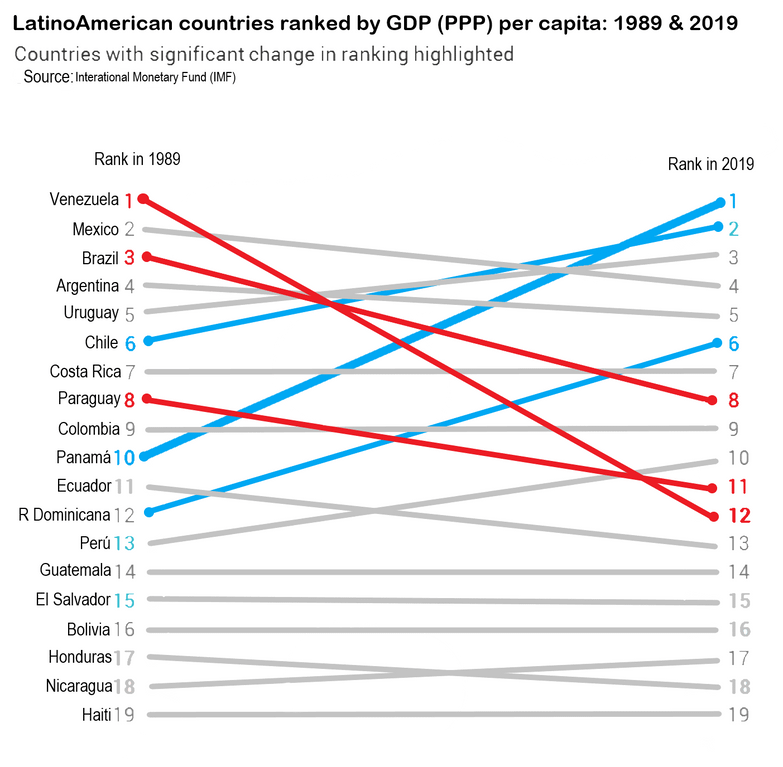 1)The IMF stopped reporting data of Venezuela’s GDP per capita PPP in 2017. It’s unclear how is the situation nowadays. That being said, according to CEPAL, Venezuela’s economy decreased a 12% in 2018. So the real position for Venezuela in 2019 it’s probably spot 13, between Ecuador and Guatemala

2)The IMF only started reporting Nicaragua’s GDP per capita PPP in 1994. So I had to use that year instead of 1989. Honduras (in 1989) and Nicaragua (in 1994) have almost the same exact number in Per capita, so I placed Nicaragua under Honduras, since they reached that number first.

All data comes from the IMF