The law perverted! And the police powers of the state perverted along with it! The law, I say, not only turned from its proper purpose but made to follow an entirely contrary purpose! The law become the weapon of every kind of greed! Instead of checking crime, the law itself guilty of the evils it is supposed to punish! If this is true, it is a serious fact, and moral duty requires me to call the attention of my fellow-citizens to it.

Please read the essay linked below regarding the domination of politics and political processes by lawyers and by those who believe they are best qualified to determine what rights we might possess.  Such abuse is obvious in not only our corrupt political institutions, but also in the very courts where justice is measured out in fees, fines and the time it takes for your lawyer’s retainer to run dry.  Blind justice is supposed to weigh the scales carefully, but more and more “Lady Justice” is a material girl who holds out for her share of the take. 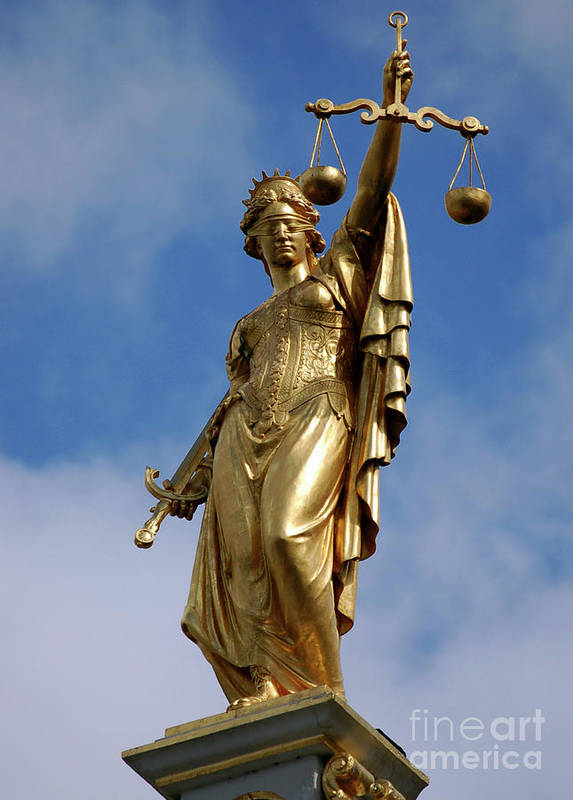 We’ve allowed the lawyers to craft the laws in manipulative ways that serve their own purposes, socio-politically as well as socio-economically, pricing their expertise beyond that of most mortal men.  Because they grant only those in their circle the power to interpret the laws, the court system will always deliver a legalistic version of justice, contorting what we know to be true to fit their obtuse reasoning.  With am increasingly legalistic court bureaucracy, citizens have no guarantee of access to a court to appeal for a redress of grievance from a government entity, much less any hope for redress of those grievances.

I believe lawyers have declared a monopoly on the meaning and intent of the words  of our very laws,  what “is” is per se,  preventing citizens their right to redress of grievance without the presence of a lawyer in court.  The lawyers are now our gatekeepers who must stand beside us to even access the pretense of justice in most cases.

If Justice for All in the United States of America requires a lawyer on retainer to even petition the court for redress, then there is Justice for None except as the lawyers determine.

While I am not sure the scientists would do much better than the lawyers, I think the linked article by Transhumanist Party Founder Zoltan Istvan offers some reasonable ideas we should think about since we very well be facing some very serious expansions of the rules of law.

“With almost 1.3 million lawyers—more by far than any other country, and more as a percentage of the national population than almost all others—the United States is choking on litigation, regulation, and disputation,” says Jeff Jacob​y, a Boston Globecolumnist with a law degree. “Everything is grist for the lawyers’ mills. Anyone can be sued for anything, no matter how absurd or egregious. And everyone knows how expensive and overwhelming a legal assault can be. The rule of law is essential to a free and orderly society, but too much law and lawyering makes democratic self-rule impossible, and common sense legally precarious.”

I hope others (including TBP’s lurking lawyers , perhaps even a nonpracticing lawyer, RG?)  will have a discussion about how we proceed in a country where the officers of the law, both those in uniform and those serving on the as officers of the court, i.e., lawyers,  can stand in the way of justice and never be held accountable for their actions.

For many of us, our careers take more time and energy than anything else in our lives. Our chosen professions speak volumes not only about who we are, but what we believe in. With one’s job being so important in one’s life, you’d think there would be more insistence on career background diversity for the top leadership roles in the US government.

Forty percent of our highest politicians in the US Congress are lawyers. And it’s been like that, or even more stilted, for a long time. Does that seem right?

P.S. One of the issues which inspired this attempt to address the complete replacement of common sense common law with intentional legalese to prevent us from raising even a bullshit flag on what we know for a fact to be bullshit.  Did anyone really expect that jury to find against a policeman in the same venue the policeman “served?”

Can any of us demand justice from any officers of the law and courts?