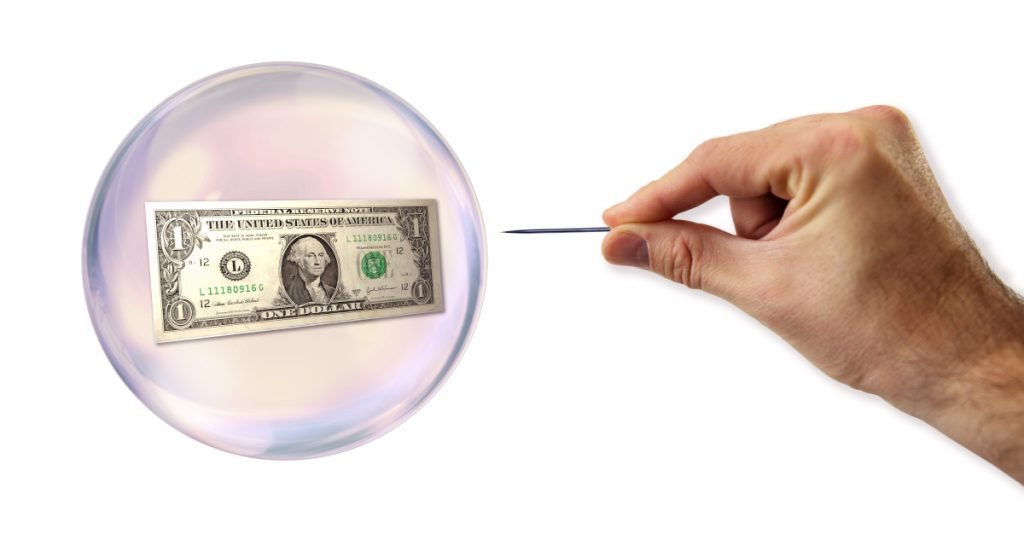 1960 was supposed to have been a fantastic year.

The world was largely at peace for the first time in decades and had fully recovered from the influenza pandemic that had broken out in the late 1950s.

Exciting new technology was rapidly developing, from color TV to the invention of the microchip.

In the United States, the country was getting ready to decide a Presidential race between two young candidates, both in their 40s. That had never happened before (or since) in the history of US presidential elections.

Overall there was a lot of optimism and energy as a new decade emerged.

And then, without warning, a recession struck the US economy.

As usual, almost nobody saw it coming. The Federal Reserve was just as surprised as the US government when everyone noticed that industrial production began to drop in February 1960.

Manufacturing declined, GDP fell, and unemployment rose steadily, reaching 7% by May 1961– a level rarely seen since the Great Depression.

The government responded with its usual playbook; after Kennedy narrowly won the election of 1960 (despite significant evidence of voter fraud), he immediately endeavored to make good on his election promise: “Get the country moving again.”

Kennedy was known to have had little regard for the national debt (which he expanded by 10% in two years). Even before becoming President, JFK had given speeches arguing– quite bizarrely– that the national debt is actually a sign of prosperity.

And while Kennedy dumped money into the economy, the Federal Reserve rapidly slashed interest rates, from 4% all the way down to 1.25%.

The measures worked. By 1962, the Fed declared victory over the 1960 recession. They even published a report defending their money printing and aggressive interest rate cuts, citing “an absence of inflationary pressures”.

And that was true. From 1962 through 1964, inflation was less than 2%. The economy was in good shape and everyone was happy.

Lyndon Johnson won the presidency in 1964 after promising to forge a “Great Society,” a term that encompassed widespread social spending on everything from free healthcare to national endowments for art.

Prosecuting an unwinnable war while simultaneously building the Great Society proved to be incredibly expensive, and the US national debt grew dramatically under Johnson.

Inflation rose too. In fact 1965 began a long period of what economic historians call “The Great Inflation”. Inflation passed 4% in 1966, and was more than 6% by the end of the decade.

Inflation really started spiraling out of control in the 1970s after then-President Richard Nixon ended the dollar’s convertibility into gold; by 1974 inflation was more than 12%, and peaked at nearly 15% in 1980.

Even throughout the 1980s, annual inflation still held well above 4%… and even in the 1990s and early 2000s inflation hovered near 3% per year on average.

In fact the low inflation we experienced in the past 12-13 years, averaging 1.7% since the 2008 financial crisis, is a major anomaly.

We’re told by the all-knowing, all-powerful central bankers at the Federal Reserve that they will maintain a long-term inflation rate of 2%.

But the Fed’s inflation track record speaks for itself.

Starting with the Great Inflation in the 1960s, and going all the way through 2008, the average annual inflation rate in the Land of the Free has been 4.6%, more than twice as much as the Fed has promised.

So this phenomenon of higher inflation we’re seeing now is nothing new.

Fiscal and monetary conditions today are also quite similar to the early 1960s.

Remember– in 1960 the US was emerging from a major pandemic, the government was going heavily into debt, and the Federal Reserve was happy to accommodate it all with low interest rates.

Today the US is emerging from a major pandemic. The national debt has soared, and the federal government has an insatiable appetite to spend trillions of dollars on every social program it can dream up.

And then there’s the Federal Reserve— which last week announced they will keep interest rates at near zero until 2023.

Talk about bizarre. It’s obvious to everyone that the economy is roaring back, and businesses are having huge problems finding workers. It’s also obvious that inflation is rising.

Yet the Fed doesn’t seem to notice or care. They’ll continue printing money and maintaining 0% rates, no matter the cost.

All of these factors are huge inflationary pressures.

But the long-term trend is pretty obvious: massive government spending and low interest rates is like the 1960s Great Inflation all over again.

Remember, even though the Fed insists that they’ll maintain 2% inflation, their actual track record between 1965 and 2008 is an average 4.6% annual inflation rate.

So if your own long-term financial planning is based on the Fed keeping its promised 2% inflation rate, you may be in for a rude awakening.