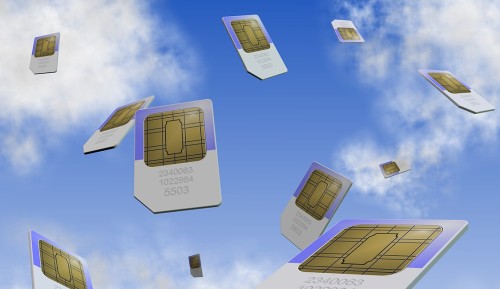 Market-leading semiconductor stocks are plunging – is it do or die for this key sector?

As the stock market engineered its historic 1st quarter rally off of the December lows, one industries leading the way was the semiconductor stocks. Not only did the group gain over 20% for the 1st quarter, as measured by the PHLX Semiconductor Index (SOX), but it broke out to new all-time highs. In fact, the SOX broke out above the 2018 highs as well as decisively breaking its highs from back in 2000. And, as many market observers view the “chip” sector as a bellwether for the overall market, that contributed to a spike in bullish investor sentiment…just in time for a dramatic downturn in the sector.

Since topping out around 1600 one month ago, the SOX has lost nearly 18%, approaching 1300 yesterday. It also has many market pundits clamoring about a false breakout. But has the breakout really failed? Taking a long-term view, the jury may still be out. Take a look at the monthly candlestick chart of the SOX going back 20 years.

After last month’s impressive breakout, May’s collapse has certainly been disheartening for semiconductor bulls. However, while the SOX price is clearly below the 2000 high, as of yesterday (5/23), a multi-decade chart may deserve a little bit of leeway in terms of settling the argument of fakeout vs. breakout test. Thus, the verdict may still be unsettled as to the fate of the chip stocks – and the overall market.

What does our quantitative analysis and experience suggest about the fate of the semiconductor sector? We cover that topic in a Premium Post at The Lyons Share – including how to best take advantage of current developments. We also touch on a significant strategy shift that is underway in our system. Lastly, our SPRING SALE kicks off today, with subscriptions at 25% OFF!