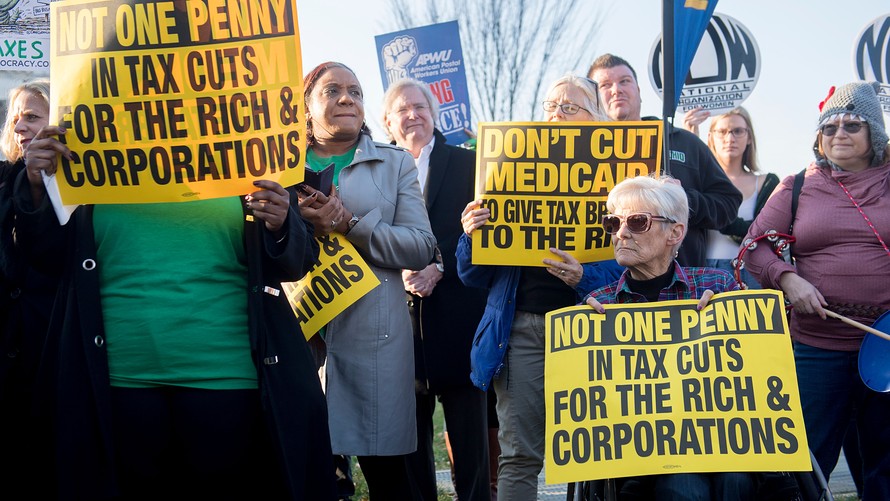 In fact, today’s economy is dominated by entrepreneurial innovation, which is generating rapid turnover in the ranks of the wealthy. And even among the declining share of the rich who inherited their wealth, many are impressive company builders or philanthropists in their own right.

In the U.S. economy, wealth is dynamic, which is clear from the Forbes annual list of the 400 richest Americans. Fully 43% of the people on the list in 2018 were not on it 10 years ago. The newcomers are entrepreneurs driving economic growth. There is Jensen Huang, co-founder of graphics chip maker Nvidia NVDA, +1.14% and Shahid Khan, who built automotive parts maker Flex-N-Gate. There are Brian Acton and Jay Koum, co-founders of WhatsApp, which provides free phone service globally for more than 1 billion users.

Reinhold Schmieding is on the 400 list. He founded Arthrex, a surgical tools company that has developed thousands of products. There is Robert Pera, founder of wireless equipment maker Ubiquiti Networks, and Judy Faulkner, who founded medical records software firm Epic Systems. Thai Lee is one of the many immigrant entrepreneurs on the Forbes list. She built business IT provider SHI International.

These billionaires are the farthest thing from rentiers. They are inventing new products and driving down prices of services that we all use. They are making our lives better.

See also  Are Lockdowns Saving Lives? Or Are They Destroying Them?

In a 2013 study, Steven Kaplan and Joshua Rauh explored the backgrounds of Forbes 400 members over the years to see whether wealth was self-made or inherited. They found that the share who were self-made rose from 40% in 1982 to 69% by 2011. The study found that fully 20% of people on the Forbes list grew up poor, as billionaire Oprah Winfrey did. In 2018, Forbes produced a similar tally on the rise of self-made billionaires. The magazine found that “the number of Forbes 400 members who have forged their own path, using entrepreneurial capitalism as a means to attain a vast fortune, has increased dramatically.”

Wealth is more dynamic in America than in Europe. A Peterson Institute study found that 29% of America’s billionaires inherited their fortunes compared to more than half of Europe’s. The study looked at the Forbes global billionaire lists since 1996 and found that “among advanced countries, the share of self-made billionaires has been expanding most rapidly in the United States.”

Beyond the top-end Forbes 400, data on other well-off Americans show similar patterns. A report by BMO Private Bank found that 67% of Americans with $1 million or more in investible assets were self-made, while a survey by U.S. Trust found that 70% of high net-worth respondents reported growing up in middle- or lower-income households.

It is also true that many inheritors of wealth do not fit Sen. Sanders’ description of “the non-working super rich.” The Forbes list includes many billionaires who’ve worked hard to grow the businesses they inherited. For example, Helen Johnson-Leipold is an heir to the S.C. Johnson fortune, but she spent 35 years in business rising to become head of Johnson Outdoors.

Leftists seem to have a cartoonish idea of wealth, like it is a static pile of gold in Scrooge McDuck’s vault. But wealth is simply savings, which is channeled into investments throughout the economy. Many billionaires pump their wealth into angel investment and venture capital, which together feed more than $100 billion a year to promising growth companies. Jeff Bezos, for example, uses his Amazon wealth to invest in biotechnology, aerospace, health care, renewable energy, media, and many other activities. And Peter Thiel, after co-founding PayPal has used his growing wealth to provide early capital to an endless series of technology firms including Facebook FB, -3.32% Airbnb, SpaceX, Spotify SPOT, -1.92% Palantir and Lyft LYFT, +0.00%

In America’s technology industries, wealth is fused with entrepreneurial experience in angels and VCs to mentor and grow new generations of start-ups. In a virtuous cycle, waves of innovations generate wealth that is plowed back into creating new and better products and services.

Unlike Scrooge McDuck, the wealthy donate large amounts to charitable endeavors. The top 1% of earners makes one-third of the nation’s charitable donations, while the top 1.4% of wealth owners provides 86% of all charitable donations made at death. Many of the wealthy are actively engaged in social and educational pursuits aimed at lifting up the less fortunate.

Sanders, Warren, and Piketty in his book “Capital in the Twenty-First Century” propose hiking taxes on the wealthy. But that would steal opportunities the wealthy are creating for other people through their investments and philanthropy.

Forbes says its list shows, “The American Dream … is alive and well.” That will remain true if we keep “capital in the twenty-first century” in private hands funding our dreams and not the dreams of misguided U.S. senators.

Chris Edwards is director of tax policy studies at the Cato Institute and editor of www.DownsizingGovernment.org.