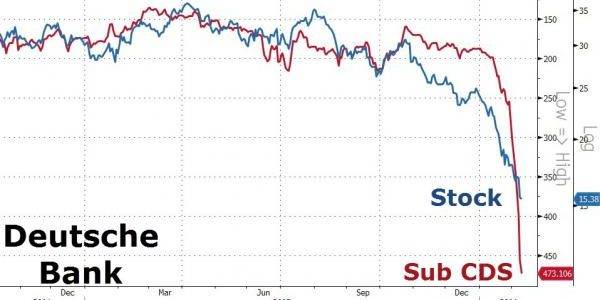 Today on The Janssen Report: while chaos ensues in the world and big headlines about terrorism create fear, we must also look through the smoke and mirrors. Events are conveniently used by (central) bankers to rationalize their insane policies. These crazy policies of keeping interest rates close to zero (or even below) are maintained at all cost. To demonstrate what we are up against, I will cite one journalist/economist that appeared on Sputnik News this week (Ernst Wolff): a major financial catastrophe is ahead for Europe. Granted, quite possibly there is a little bit of Russian propaganda at play here. But in essence, based on all the research I continue to do on a weekly basis, I subscribe to his point of view.

The tricks of global banking

Neatly tucked away behind the major news items on all kinds of attacks (Nice, Dallas, Ankara, Paris) is the fairytale of global banking. For those who are not into economics that much it may still seem a-okay and a recovery might actually seem likely.
Nothing could be further from the truth though. It’s mind-boggling Keynesian (money-printing) tricks that keep this global casino going. In the side bars om major news outlets you might read about some problems at Deutsche Bank or even that the Italian banking system is at risk. Hardly ever are we presented with the numbers.
Why?
Well, probably because they are truly scary. Fear-mongering is part of our daily lives, but for some reason it focuses mainly on terrorism, from which fewer people die than police brutality (in the US that is) or even car crashes. But the global banking scam is of such enormous proportions, that it would likely cause an overnight standoff around the world, with citizens personally bringing the global banksters to justice while demanding that their purchasing power and future pension payouts be safeguarded. Over the years I have discussed many of the crazy developments in our monetary and financial system that deserve all of our attention. Now we are facing major structural problems with key banks such as Deutsche Bank. If they crash, the entire financial system might go down with it. To put things in perspective: their derivatives portfolio is many times larger than the entire German economy.

See also  Global financial risk has never been higher. Gamblers are becoming bolder as the Fed becomes more hawkish and the economy implodes.

But of course these numbers rarely make it to the general public and this standoff has not taken place yet. Sure, there is a growing number of protests around the world against many a subject, including banking. But it eludes most of us, as it is not covered by the mainstream media.
Many of us live from one day to the next because there are bills to pay. Prices and taxes have risen across the board. Much of this has been caused by interest on money due to the bankers. This practice of usury is keeping most of us enslaved in a matrix of debt and bills to pay, so we don’t have time to deep-dive into the issues of the world. We are fed the news. And this is our truth.

So, loose monetary and low interest rate policies of the central banks have caused major bubbles in all kinds of markets. The stock market seems to perform quite well, but who are we kidding?
On ZeroHedge today:

[A] Goldman Sachs strategist [just pointed out] that the most common bullish argument cited by clients for a continuation of the equity rally is that low interest rates support higher stock prices.

To be sure, what Goldman did not mention is the real reason why stocks will rebound following the next drawdown: the same reason Goldman alumni run virtually every key branch of “developed” central banks around the globe: more money printing, more easing, more debt, more central planner intervention… just “more.”
What will happen when these policies are no longer effective?
Yes, a major catastrophe might unfold. And this may not be that far away. So stay vigilant. And be in the know.
Watch this episode of The Janssen Report here:

See also  Ron Paul was ahead of all of us
Sources: