We’ve seen markets progressively stepping down over the last 3 months but we have not seen serious market weakness. I think we could be 6 weeks away from a capitulation event, here’s my reasoning.

We are using MOEX as a functional model because at this point it’s the one showing us real time moves most consistent with historical crash models. The same principles explained here can be found in other large market crashes. Notable in 1929 US and 1989 Japan – the two mega crashes. Also present in 1999 and 2007 breaks (And more, many more).

Before we get into that it’s worth noting the credit markets are already into an early stage of capitulation. These could be frontrunning the stocks. This would be common of previous crashes. 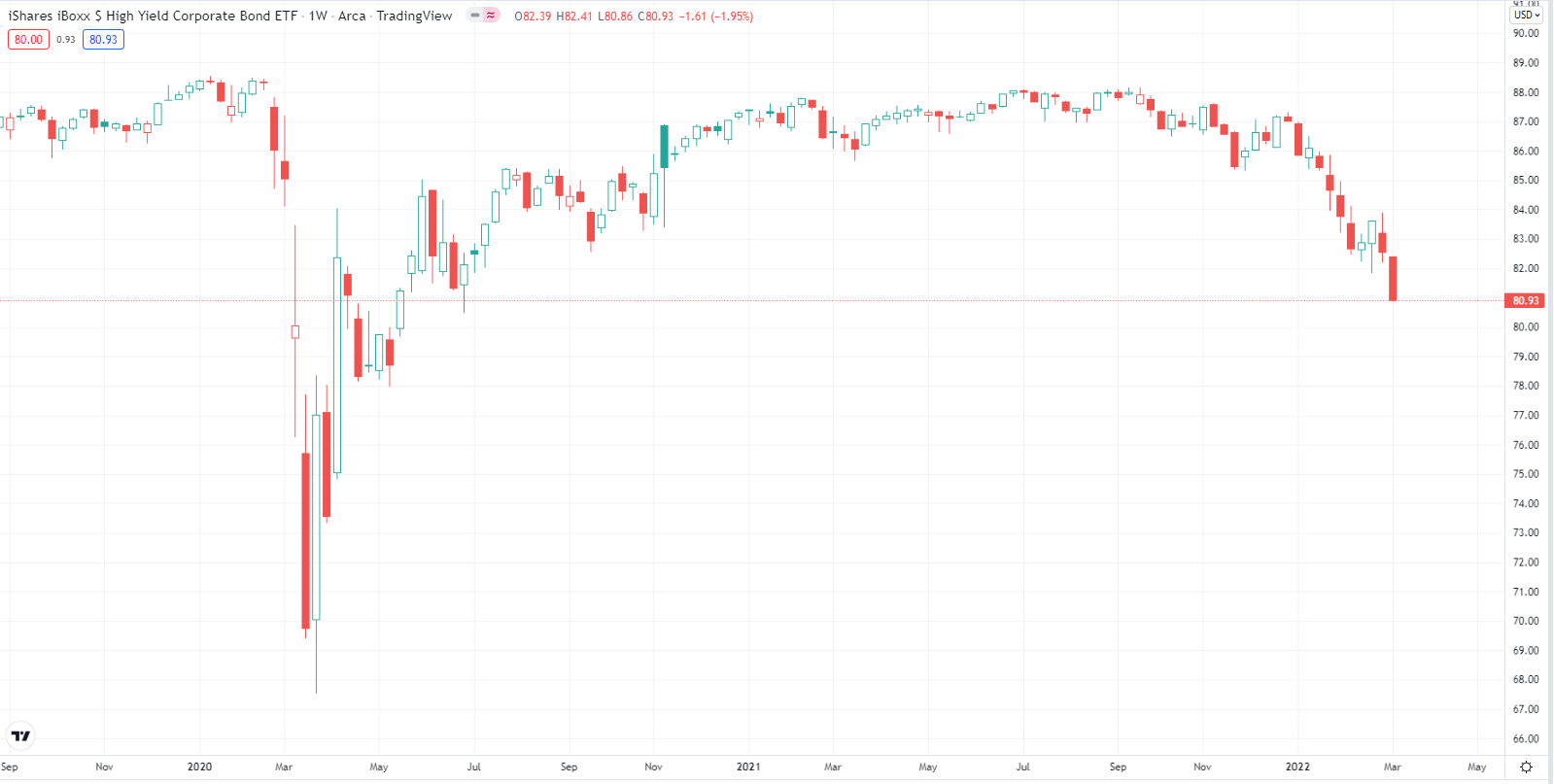 While news related and “Unpredictable”, the MOEX has went down in a very similar form to how markets break. Breaks 161, down to 220. Bounces 220 and then goes into capitulation. You can read a bit more about this in this post along with an example of this happening in PLTR in the crash from 25 to 10. 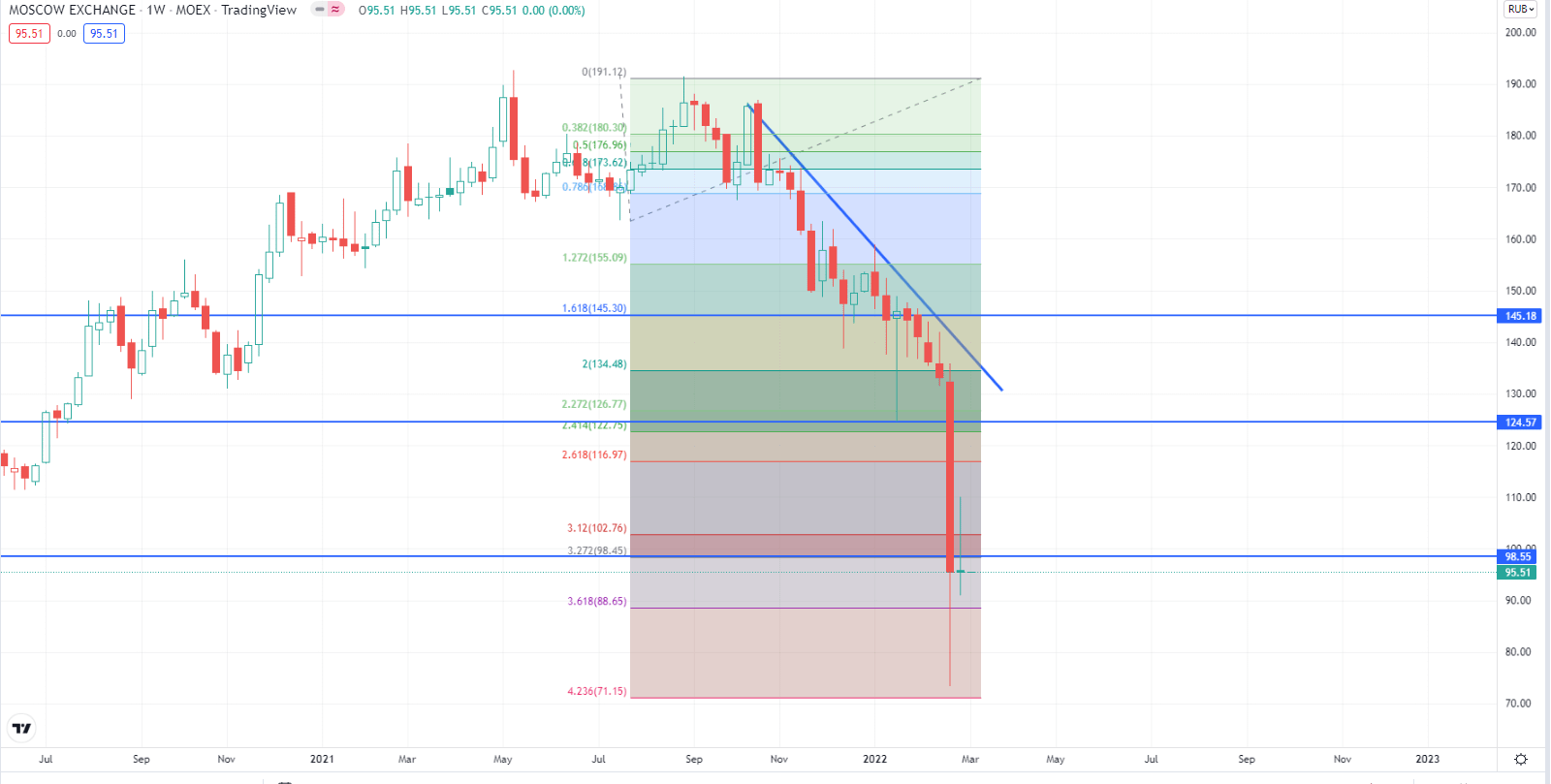 Not a tough job to translate this over to the DJI. Does not take a charting expert. This is pretty obvious how to extrapolate the same move to the DJI using these markers. 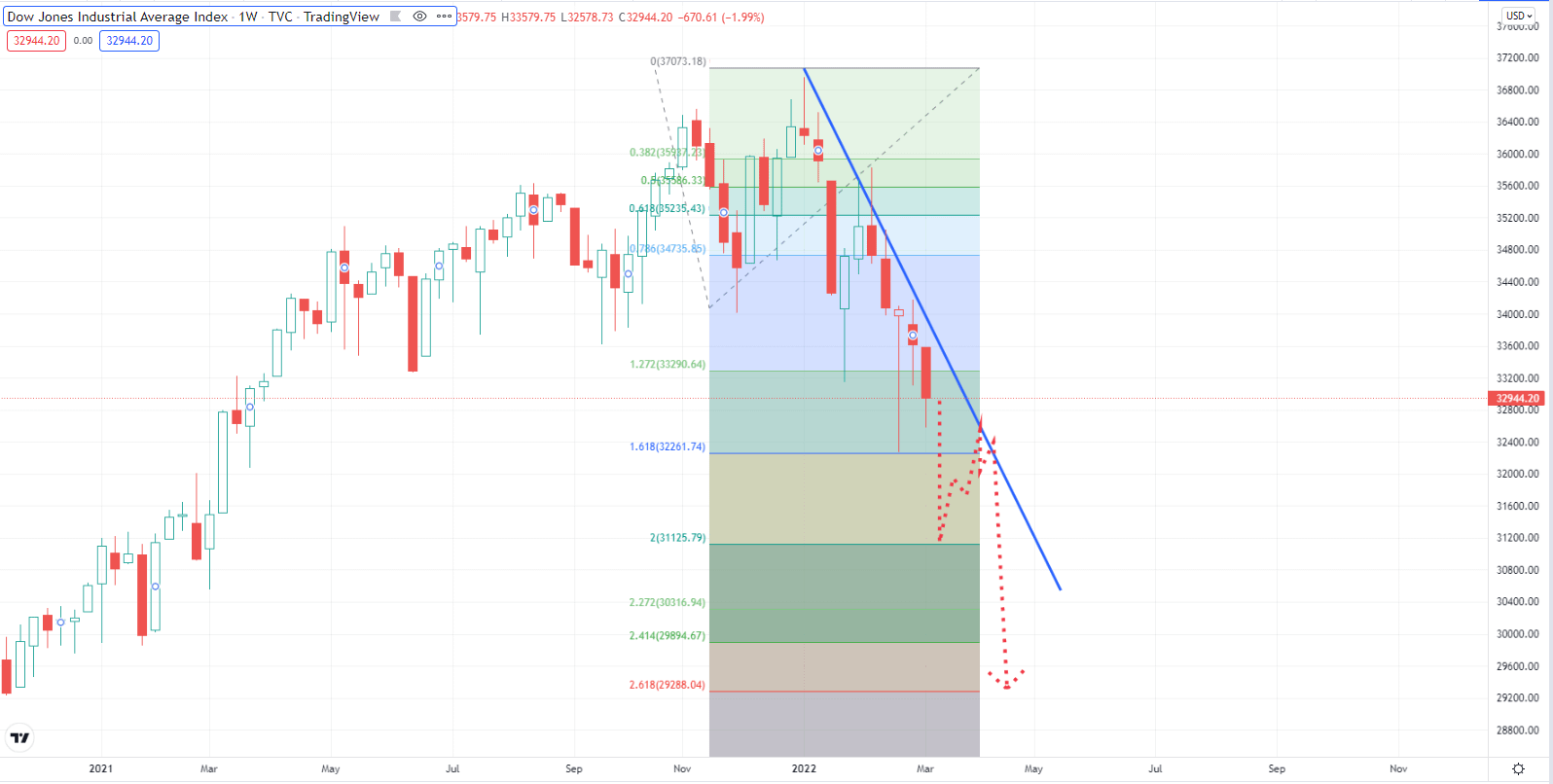 If these triggers are present in the market, extreme long-shot bets could have a very reasonable chance of paying out. After the bull rally and rejection we can buy some puts for 1 – 2 weeks expiry 20% OTM. And if the capitulation event comes, that’s going to be the trade of our decade. And you’ll have 5 weeks to watch it setting up.

This is a multi step sequential trade plan. We need to see various steps fill to imply the capitulation event is imminent. If these do fill, the long-shot OTM puts might just work out. 6 weeks from now.

A capitulation event like this would not happen without news.