Exports are a major aspect of international trade. Countries around the world can bolster their economies by selling their resources and consumer goods to other nations around the world. Developing and developed countries both export products around the globe. 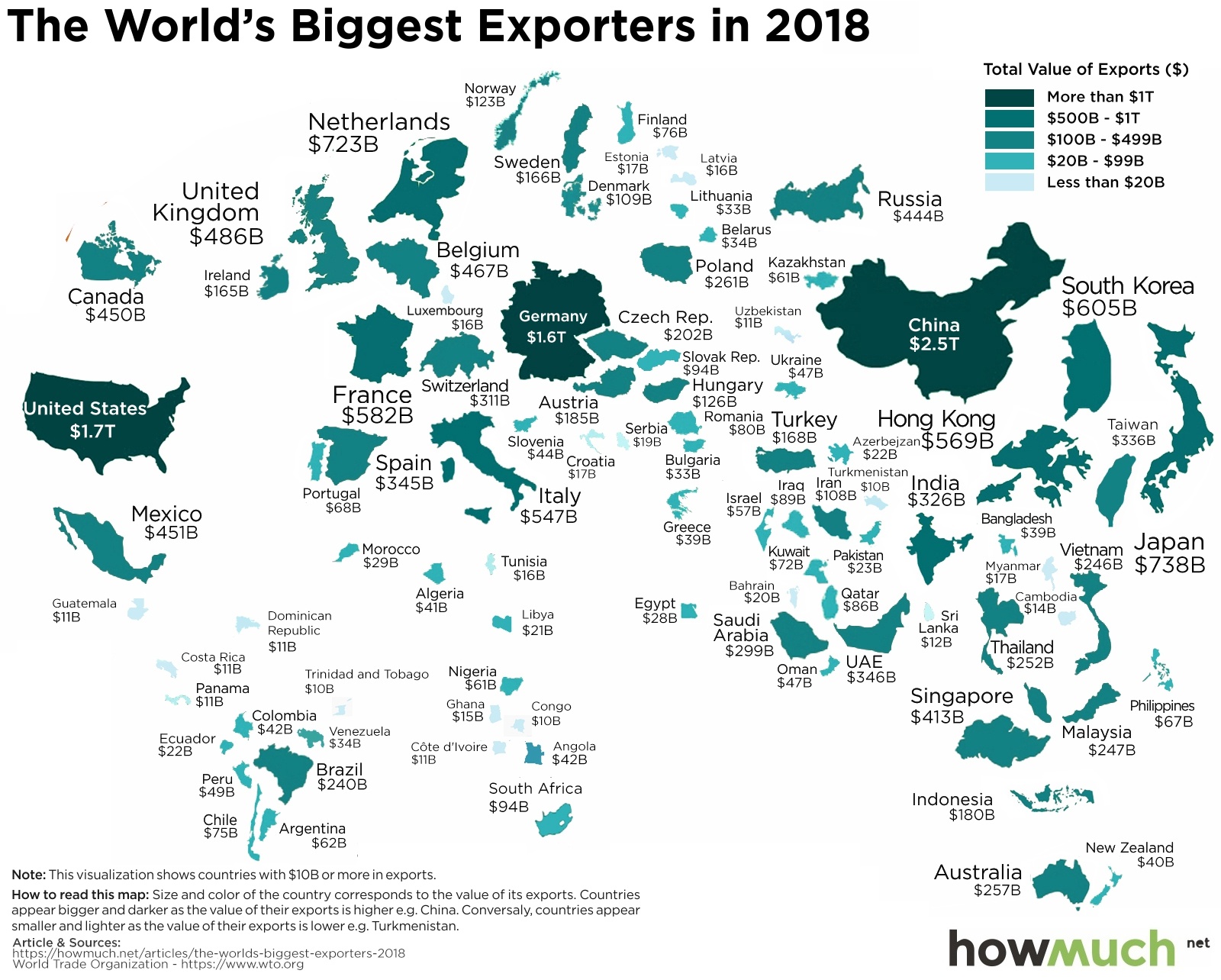 We gathered our data from the World Trade Organization, which tracks the total value of all the goods each country exports. Keep in mind that this data does not include services, only physical goods.

To make the map easier to read, we shaded each country based on the total value of their exports. Some countries that have minimal exports were excluded from our data

Meanwhile, at the bottom of the list, countries like Niue and Palau are only exporting a few million dollars worth of goods per year. Lastly, it’s important to consider the potential impact of the U.S. and China trade war on the global economy. Not only do China and the U.S. stand to lose a lot from this trade war, but so could other countries that rely on these countries as their major trade partners.

While a small handful of countries dominate the global export industry, every country in the world relies on exports to drive their economies. Our visualization helps us see which countries lead the global economy and just how much they are exporting on an annual basis.