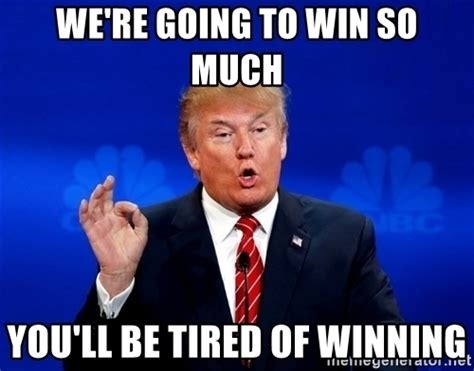 I know that the trending topic of the day is the upcoming civil war in America, which would be fought presumably by millennials living in their parents’ basements, led by Geriatric Generals “Auntie” Maxine Waters and Nancy “What Year is This” Pelosi, against 4chan meme-creators led by Field-Marshall  Alex “They Turned the Darn Frogs Gay” Jones (famous for his battle cry “The Answer to 1984 is $20 in the Infowars Store”) on the battlefields of the interwebz. If you ask me, it looks like the “Kekistani soldiers” are already winning by a landslide, hence I’d prefer to ignore this stupid fear-mongering topic, which is very popular among crazies like Alex Jones&comp. So, today’s article is about winning, and I am talking about conservatives’ (Kekistani operatives included) win streak at the Supreme Court of the United States of America.

If you were wondering what win streak I am talking about, consider this: the Supremes, and I’m not talking about the band either, have sided with the Christian baker who refused to bake the “gay wedding cake”, with anti abortion advocates, and today with Donald Trump’s travel ban, all in the past 2 weeks or so. This is the big picture you’ve been missing. Today, the SCOTUS has decided via a 5-4 ruling to uphold President Trump’s now-famous (or infamous, depending on whom you’d ask) travel ban. So, it appears that 4 judges do not understand the basic constitutional powers of the president. This should have been 9-0, a no brainer in favor of Trump. More proof that if Hillary had won the election and appointed another leftist tyrant onto the Supreme Court, America would no longer be America.

The historic ruling of the SCOTUS now reads loud and clear (it’s a figure of speech, don’t throw the book at me)  that the POTUS has squarely within his authority to restrict immigration, secure the border and vet people who he believes are national security threats, and prevent them from entering the US. Any questions, liberals? Of course, all conservatives already knew that, as it’s clearly stated in the laws and the Constitution the leftists never bother to read. Because they don’t read.

Trump won on every count today, and in the wake of the SCOTUS decision, the POTUS went on Twitter and basically trolled the left by saying” I told you so”. Typical Trump. There is no getting around it now. This is a major blow to open borders globalists and leftist crazies alike, not to mention the “never Trump resistance”. Every single one of those activist liberal lower court judges (read the “9th circus”, as pretty much every ruling from the 9th district should be automatically reversed, just to expedite matters) who have tried to make it seem like appointed  bureaucrats are in charge of the country’s immigration policy, not Congress or the POTUS, was slapped over the head by the SCOTUS today and sent home to mommy to cry a river of liberal tears.

So what does it mean, you asked? Well, Trump can basically stop all immigration as his right as POTUS, so we can concentrate on the civil war and all that stupid nonsense. There is nothing the left can do about it now. No circuit judge can overrule the SCOTUS ruling.

Makes me wonder why RINO Ryan was pushing amnesty so hard just a few days before the decision!