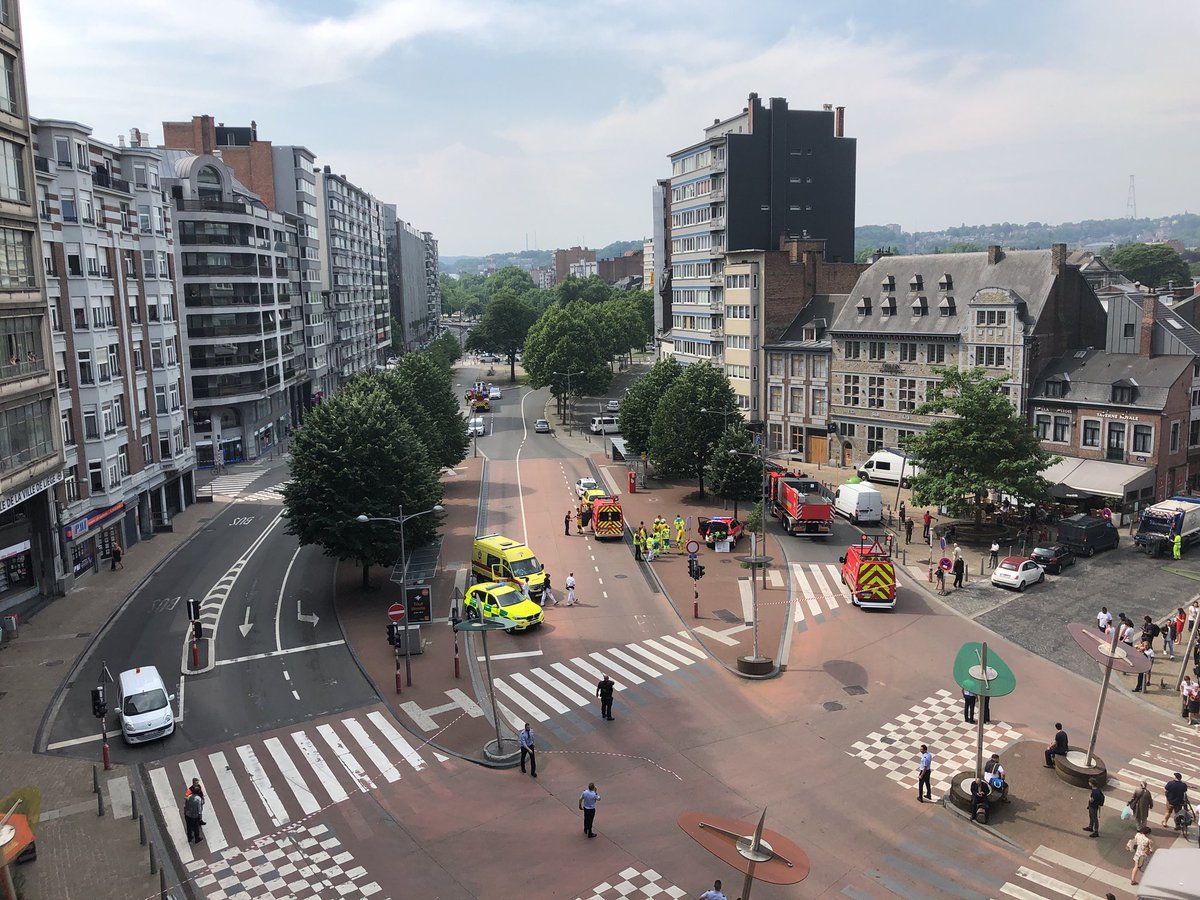 This “minor” event kind of slipped under the radar, but take a load of this: a jihadist shouting the now famous war-cry Allahu Akbar stabbed two female cops in Belgium on Tuesday, then he took their guns and killed them. During the second phase of the attack, the terrorist opened fire at a passing vehicle using the weapons stolen from the police officers and killed a 22 year old civilian (a passenger).

A gunman shot and killed two police officers with their own weapons in the Belgian city of Liege.

The attacker then shot dead a 22-year-old man in a nearby vehicle. The suspect was later killed by police. pic.twitter.com/T80iz7KrxU

Then,  the terrorist fled the scene and took another woman hostage at Waha High School. The first shooting took place in Liege’s city center, on Boulevard d’Avroy at Cafe des Augustins. Belgian anti-terrorist forces responded to the shooting and managed to neutralize the terrrorist.

It is not very clear what exactly happened on Tuesday in Belgium, except from bedlam in Belgium, as the reports sort of contradict themselves, but according to mainstream media sources, the civilian was killed during the shootout with the police, as he was passing by, or something along these lines. However, what’s crystal clear is that four people, including the terrorist and a civilian plus two Belgian female cops were killed, there were multiple casualties, and the terrorist tried to take hostages, while yelling Allahu Akbar.

Another version of the incident from local media claims the shooting took place outside of a high school (maybe he was planning a high-school shooting?), where the suspect was approached by the 2 cops during a “routine check” (whatever that means in Europe), and the suspect attacked and killed the police officers.

READ  Are You a Domestic Terrorist?

However, it’s clear that the brave Islamic warrior was initially armed with only a knife. He happened upon two female “cops”, knifed the first, took her gun, shot the both of them then a third bystander to death, and then he was “neutralized” by the special forces.

The attacker has been named as 36-year-old Belgian national Benjamin Herman, who was released from prison yesterday; apparently, the Muslims are radicalizing prisoners in prisons in other countries just as much as they are in U.S. prisons. Prisons are becoming excellent training and recruiting grounds for jihadists.

Here’s the video with the shootout:

UPDATE: Video of the shootout between the Gunman and police in the city of Liege, Belgium.
2 police officers were shot dead, gunman has been neutralised
(Credit @toutoun_rens ) pic.twitter.com/G3tr1cIyad

Belgium is on high alert since 2015, when a Brussels based cell of ISIS helped organizing the Paris Bataclan massacre, where 130 people were gunned down by Islamic terrorists, with many horrible tortured. Another terrorist attack in Belgium from 2016 ended up with 32 casualties. Today’s attack took place during Ramadan, the Islamic holy month.

Meanwhile, Tommy Robinson, the man who is trying to wake people up to the dangers of Islamization is rotting in Hull Prison, serving a 13 month sentence for daring to report on Muslim pedophile-rape gangs. The West seems incapable of dealing with the Muslim problem, as they don’t do any deportations of illegal asylum seekers, they don’t close their borders to illegal immigration, and they lock up their own citizens who dare speak out about these issues. This will definitely improve the situation…

Looking at the sad state of affairs in Europe right now, it’s all about Marxism, Islam and 3rd wave feminism, all wrapped into one giant kebab we’ll all be force-fed in the near future. Just wait and see.

Throughout history, civilizations have been conquered and gone extinct. Now, it’s Europe’s turn. Europeans are tired, weak, complacent, sissified, and no longer have the will to save their own civilization.  It’s been about 75 years since Belgium was liberated from its last invasion. Talk about  learning disability…

If you think this is an isolated incident, check out this excerpt from an article via Breitbart:

“Young migrant gangs have become a problem in many German cities following the migrant crisis. In the German capital of Berlin, the area of Alexanderplatz has been turned into a borderline no-go zone by youth gangs who rob locals and sell potentially lethaldesigner drugs called “Bonzai” and “Spice”.

In Cologne, the area of Eberplatz has been labelled a no-go area by German media with police responding to thousands of incidents in the first nine months of 2017.

The revelation of emerging migrant-dominated areas led German Chancellor Angela Merkel to make a landmark admission in March saying that no-go zones not only exist in Germany but that the state should act to make sure it maintains “the monopoly of power”.”