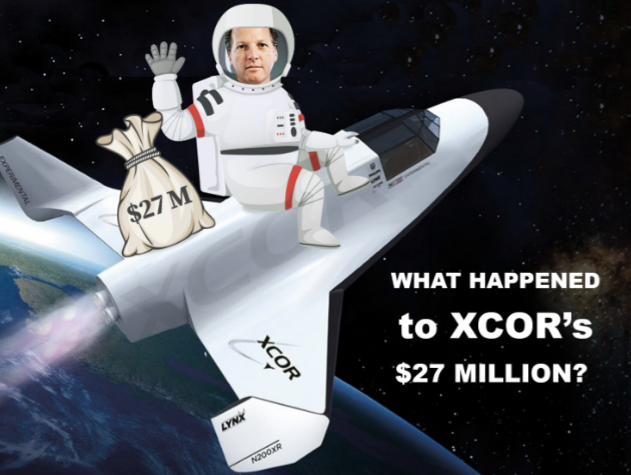 US President Donald Trump’s 2021 budget invests more than $25 billion in NASA, a 12 percent increase that makes it one of the strongest budgets in NASA history. This would significantly expand the niche and market entry threshold for new space players. Unfortunately, among numerous worthy and promising startups, there is a significant risk of fraudulent schemes.

XCOR Aerospace, which sold customers over $26 million in space tour tickets and then went bankrupt unexpectedly, could go down in history as the first major space tourism scam.

The story began in 2010 when a businessman of Dutch origin, Michiel Mol, became the head of the space travel company Space Expedition Corporation (SXC). The company’s global aspirations were announced soon after: the creation of a space research center, construction of a space port and a space experiment center to entertain tourists. 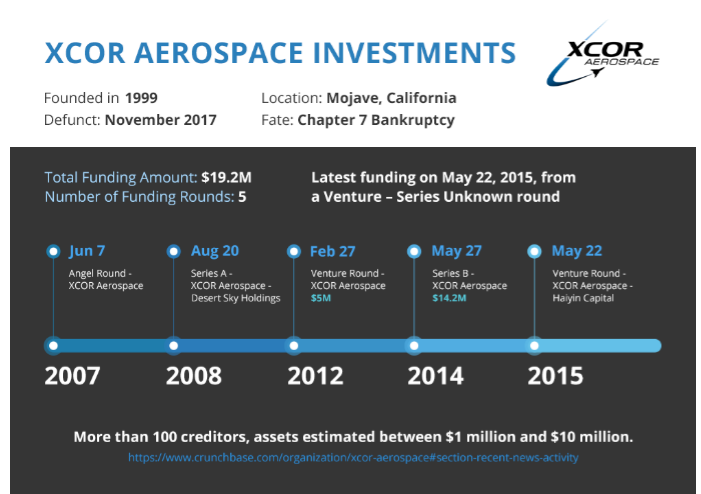 Michiel’s father, Jan Mol, became a member of the Supervisory Board. By June 2012, SXC announced the sale of 175 tickets at a price of $95,000 for the flights of XCOR Aerospace, the developer of rocket engines and rocket plans. At the time, competitors were charging much more for their space tour tickets. For example, in 2013 Virgin Galactic reported they were forced to jack up their their price from $200,000 to $250,000.

SXC’s offer looked much more attractive by comparison. It charged less and did not require the entire fee up front.

In 2014, the SXC and XCOR Aerospace merged and XCOR Space Expeditions Division appeared. It continued to sell tickets for space tours on the Lynx rocket-powered spaceplane for $95,000 per seat. The head of the new division was Michiel Mol. 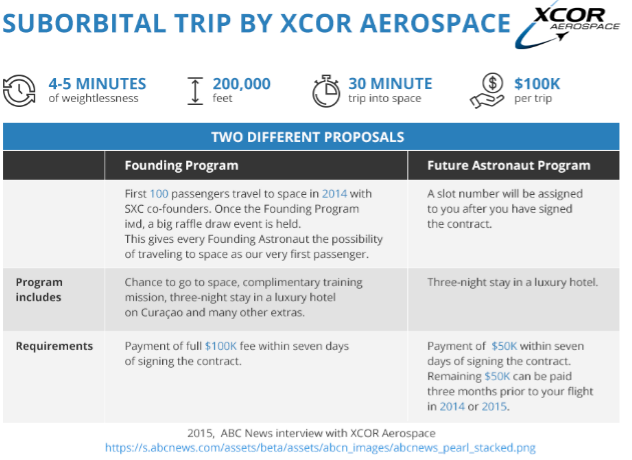 By 2011-2012, it became apparent XCOR would not be able to build a shuttle to send tourists into space. Michiel Mol and his closest ally Michael Blum no doubt were aware of this… Income from ticket sales, given the “astronomical” salaries of managers, would only be enough to maintain the appearance of work. Michiel Mol and other executives, while continuing to receive high salaries, tried to remedy the situation by raising ticket prices. In January 2016, the flight cost for customers was raised to $150,000. But the reputation of the company, which several times postponed the dates of tests and launches, was tarnished. In addition, three co-founders left XCOR left the company in November 2015.

As a result, in May 2016, all major technical research and development was stopped and mass layoffs of workers began.

One former XCOR employee said all real development was suspended shortly after Michiel Mol joined the company. While the company made no new investments in research, efforts to market its space tours continued unabated, without the efforts of company management.

A PR campaign, in which Michiel Mol participated, was launched to revive the project. Tickets for space tours were distributed free of charge to influential Americans and Europeans – politicians, athletes and entertainers – in the hope of attracting them as brand ambassadors. They included Martin Schröder (1931), founder of the Dutch airline Martinair, Dutch disc jockey Armin van Buuren and Hensley Meulens, is a Curaçaoan professional baseball player and current bench coach for the New York Mets. Another influential figure in European politics who received a ticket from Mol was Erica Terpstra, who from 1977 to 2003 was a member of the Dutch House of Representatives from the People’s Party for Freedom and Democracy. From 2003 to 2010 she was Dutch Olympic Committee President of the Netherlands Sports Federation. It beggars belief that these high-level connections and free gifts were not accompanied by under-the-rug corrupt deals. 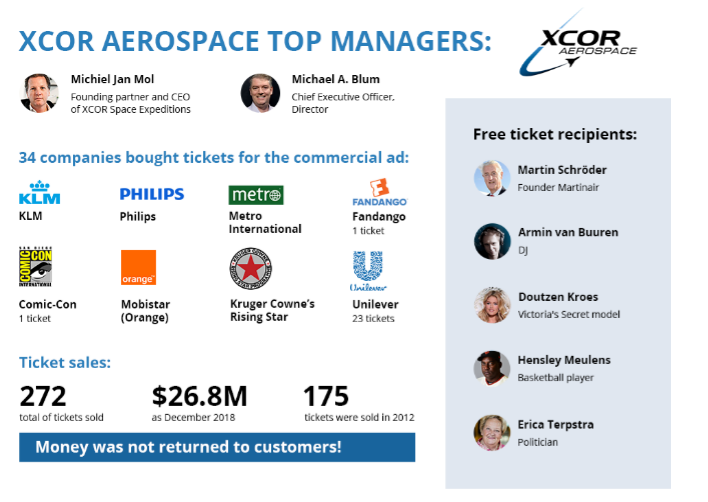 Attracting wealthy partners from Mol’s inner circle of celebrities and politicians bogged down the company and cemented its soap bubble image. The lucky ticket holders were done a disservice. Michiel Mol’s fraudulent actions tarnished their reputations.

XCOR Aerospace filed for bankruptcy officially in November 2017, allegedly due to lack of investments.

This is where the fun begins. Open source information shows that at the time of the bankruptcy, 282 tickets had been sold in the amount for about $26.8 million. Among the company’s customers were both private individuals (various businessmen, owners of sports clubs, hairdressing salons, restaurants, rocket engineers), as well as companies, which bought tickets as prizes in promotional events among their employees and partners. Consumer goods giant Unilever raffled off 23 tickets for AX deodorant buyers. Other companies, including Philips, the Metro International newspaper and the mobile operator Mobistar also presented travel tickets from XCOR as gifts. When news of the company’s bankruptcy went public, they all found themselves in an awkward situation.

Ticket sales conditions to customers stipulated that from the sale of each ticket, a $35,000 down payment had to be kept separately in a deposit account. In case of unforeseen circumstances, the amount should be returned to the client. This was not done, however. In 2018, XCOR assets were sold at an auction managed by the Dutch company Intertrust Group (Michael Mol is a businessman of Dutch origin, probably with connections in his historical homeland). The down payments went to pay off debts to creditors and depositors have so far not received any compensation.

Whether Mol and his assistant Michael Blum deliberately used the popularity of space tourism for personal gain and committed fraud remains to be determined. One could argue the scale of the PR campaign was over the top, compared to the partnership with a real engineering company, which attracted the attention and money of wealthy, perhaps gullible, customers.

“Our work had real potential, but now we are sitting at home and no one wants to do business with us. They say we are swindlers,” said one out-of-work XCOR engineer.

He said if Mol had not gotten involved, the company could have continued to work and engage in space development. Intentionally or accidentally, its owners decided to partner with a businessman originally from the Netherlands and it all ended very badly, with employees on the streets, clients without a flight on a space liner and creditors with unpaid debts.

Why didn’t Mol take responsibility for XCOR-related activities? At the time of official bankruptcy, the businessman had already left the C-level managers and was actively switching to social and sports projects. He left John Gibson, Randy Baker and Michael Gus to sort the consequences of his management. The class action lawsuit against XCOR fell on them. Only Mol knows if he intuitively anticipated XCOR’s imminent collapse or whether he pre-planned it. This much is clear: he got off scot-free, leaving behind the unpleasant odor of fraud and damaged reputations.

So, what is your next move, Michiel Mol?