Cash machine receipts may be exposing people to a toxic chemical, warns a new study.
Researchers found people who handled receipts printed on thermal paper continuously for two hours, without gloves, had an increase in urine bisphenol A (BPA) concentrations.

Meanwhile, those who wore gloves to hold the paper experienced no significant rise.
Human exposure to BPA has been previously linked with health concerns, including an adverse impact on reproductive function in adults and brain development in children.
BPA is used in clear, hard plastic such as babies’ bottles, the lining of canned food, but it is also used in thermal receipt paper, which is handled daily by many people at locations, such as supermarkets, bank machines and petrol stations. 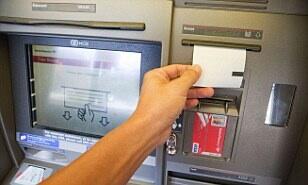 Proof we are being poisoned! Trader Joe’s to remove controversial chemicals from receipts
Trader Joe’s, the grocer known for its eclectic products (and Hawaiian-shirt-clad workers), will remove two controversial substances from its register receipts, according to a statement on the company’s website.
The chemicals — BPA and BPS — are widespread in register and ATM receipts, according to findings by the Ecology Center, an Ann Arbor, Michigan-based organization that works with consumers and companies to promote greener products and practices. A study being released Wednesday in partnership with Safer Chemicals, Healthy Families, a coalition of environmental and health groups, showed BPA and BPS were found in 93 percent of 208 register receipts tested. They came from a variety of businesses, including major retailers, banks, and gas stations.
www.chicagotribune.com/business/ct-biz-trader-joes-remove-chemicals-receipts-20180117-story.html
only Mothers Markets and Trader Joe’s is now doing this…buyer beware.

Don’t Touch That Cash Register Receipt—It’s Toxic
Nearly all paper receipts are coated in BPA, and a new study finds that the carcinogenic chemical quickly contaminates the blood of anyone who handles one.
www.takepart.com/article/2014/10/28/haiken-another-reason-go-paperless-every-receipt-you-touch-toxic/
How many persons on earth touch register receipts or have touched receipts in the last 80 years? then until the last 15 years used alcohol on there skin that drives the toxic chemicals deeper in the endrcxline system?
HAND SANITIZER SPEEDS ABSORPTION OF BPA FROM RECEIPTS
Though BPA in plastics has borne the brunt of public and media attention, it may be the paper that is most worrisome: People who handle receipts have elevated levels of the chemical in their urine and blood, according to a paper published in JAMA in February. And a new study published today in the journal PLOS ONE has found that BPA is absorbed more quickly and extensively when people apply hand sanitizers before handling receipts.
www.newsweek.com/hand-sanitizer-speed-absorption-bpa-receipts-279232