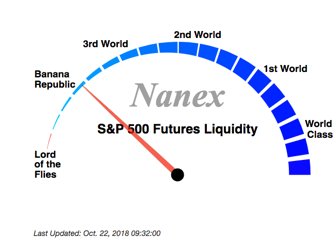 THE SYSTEM DIED. THE RESET IS COMING. — Lynette Zang

Seven interest rate increases by the Federal Reserve since Fall of 2015 and still the 30 year sits at 3.1? Meanwhile, President Trump criticizes the Fed for raising rates too quickly and says the Fed is the biggest threat to our economy, and what happens? The markets suddenly crash. The fix is in. But you already knew that. Lynette Zang joins me to discuss it and she says the system died in 2008, and we are in the final stretch before the reset Rothschild’s Economist magazine predicted would come this year.

See also  Father of Michael Brown joins ANTI-BLM leadership movement as more chapters demand to know where $90MILLION is being spent
See also  Michael Brown: Are We Really That Much Better Than Countries with State-Controlled Media?

JIM ROGERS: Here’s EXACTLY How The Next Crisis HAPPENS!