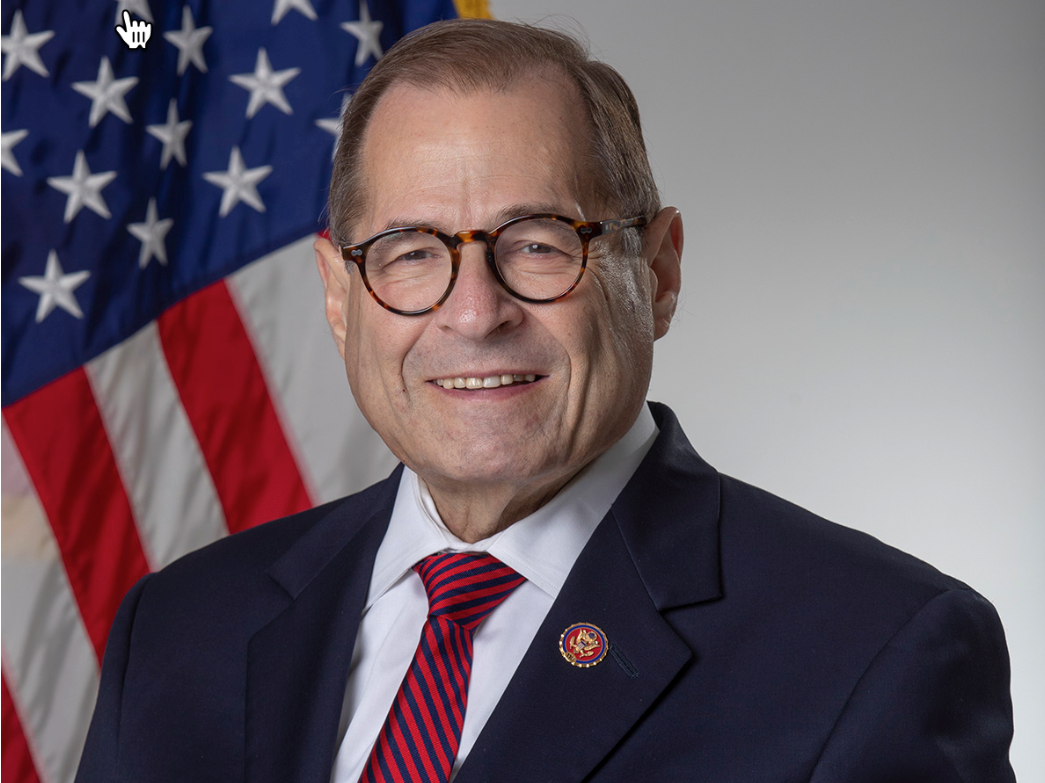 One of the most important Democrats in Congress is warning that President Trump is likely to compromise the integrity of the 2020 election if he is not impeached and removed from office.  Jerry Nadler is the chair of the House Judiciary Committee, and so that makes him an exceedingly powerful man right now.  Articles of impeachment are being drafted at this moment, and they will soon be approved by his committee.  In fact, Nadler told “Meet the Press” on Sunday that it is likely that the final articles of impeachment will be unveiled by his committee “at some point later in the week”…

“We’ll bring articles of impeachment presumably before the committee at some point later in the week,” Nadler, D-N.Y., said in an interview with NBC’s “Meet the Press.”

Yes, this is actually happening.

And not only that, Reuters is reporting that there could actually be a committee vote on those articles of impeachment within the next 7 days…

Democratic lawmakers could vote this week on articles of impeachment against President Donald Trump, the House Judiciary Committee chairman said on Sunday as lawmakers sharpened their focus on charges of wrongdoing in his dealings with Ukraine.

U.S. Representative Jerrold Nadler said the panel will not decide on the specific articles until after a hearing on Monday to consider evidence gathered by the House Intelligence Committee in its investigation of the Republican leader.

Personally, I sort of doubt that things will move that rapidly.  Congress rarely does anything at an efficient pace, and more testimony is scheduled for Monday.

But we’ll see.  The Democrats are absolutely obsessed with impeaching Trump, and they are definitely making this their top priority.

And if you listen to Nadler, he makes it sound like it could be the end of our political system if Trump is not impeached and removed from office.  Here is more from what Nadler told “Meet the Press” on Sunday…

When asked whether the 2020 election would be conducted fairly if Trump was ultimately acquitted, Nadler replied, “I don’t know.”

“The president, based on his past performance, will do everything he can to make it not a fair election.”

Could you imagine how the mainstream media would have reacted if a Republican had said the exact same thing about Obama while he was still in the White House?

They would have blown it up into a massive national scandal.

This is an extremely serious accusation, and Nadler should not have made it lightly.

Anyone that messes with the integrity of our elections is committing a crime against all of us.  It is an incredibly serious thing for a sitting member of Congress to make this sort of a charge against the president of the United States, but we live at a time when things that were once unthinkable are now becoming commonplace.

And Democrats are already planting seeds of doubt regarding the outcome of the 2020 election.  If Trump ends up winning in 2020, they will already have convinced millions upon millions of their fellow Americans that the process was “rigged”.

Of course that could ultimately fuel tremendous civil unrest, because if people truly believe that their ability to choose their own leaders has been compromised, a lot of them are likely to take to the streets.

We live at such a dangerous time, and the Democrats are doing all that they can to continuously stir the pot.

Once the Democrats in the House vote to impeach Trump, the action will move over to the U.S. Senate.  A trial will be held, and the Trump administration is planning a vigorous defense…

So, the main focus now is on how the Senate will move forward with a trial. There are no rules prescribed in the Constitution; they are set by the Senate itself. The White House has signaled it plans to mount an aggressive defense in the Senate, buoyed by the fact that Republicans are in the majority in the Senate. And Republicans have suggested that Vice President Joe Biden and his son Hunter will be included on their witness list, as they’ll try to make the trial about Democratic corruption — not the alleged abuse of power by Trump.

Needless to say, this has the potential to be absolutely disastrous for the Biden campaign.

The entire world is going to be focused on this trial, and Trump seems determined to use it to expose all of Joe Biden’s dirty laundry.

As I write this, the word “entertaining” comes to mind.  Although it is also very sad that the endless bitter fighting between the Republicans and the Democrats has brought us to this.

And this entire impeachment saga also means that Congress is getting next to nothing done these days.  The following comes from the New York Times…

In marble Senate hallways that echo with emptiness compared with the crowds cramming the corridors outside House meeting rooms, senators and top aides deliver a harsh self-critique, tossing around words like “useless,” “irrelevant” and “waste.” They seem at loose ends as a handful of lawmakers try to hammer out a year-end spending deal in leadership office suites.

Impeachment will be on their doorstep soon enough, but for now, as the final legislative days of the year slip away, there is a dearth of real debate taking place in what is sometimes called the world’s greatest deliberative body.

In essence, all of that quietness represents “the calm before the storm”, because once the impeachment trial begins things will get crazy.

It seems very doubtful that there will be enough votes in the Senate to remove Trump from office, and so he is probably safe.

And once the trial is over, the focus of the mainstream media will rapidly shift to the upcoming election.

Unfortunately, Democrats are already trying to convince us that Trump will somehow have the power to “rig” that election, and a whole lot of people out there could end up believing that false narrative.