Investors these days are facing huge amounts of fixed income instruments that carry no yield. Various estimates of sovereign debt in that category put the total in excess of $15 trillion, a number that has been escalating over the past several years while central banks drive interest rates to zero and below.

Negative-yielding corporate debt, though, is a relatively new thing, rising from just $20 billion in January to pass the $1 trillion mark recently, according to Jim Bianco, founder of Bianco Research. 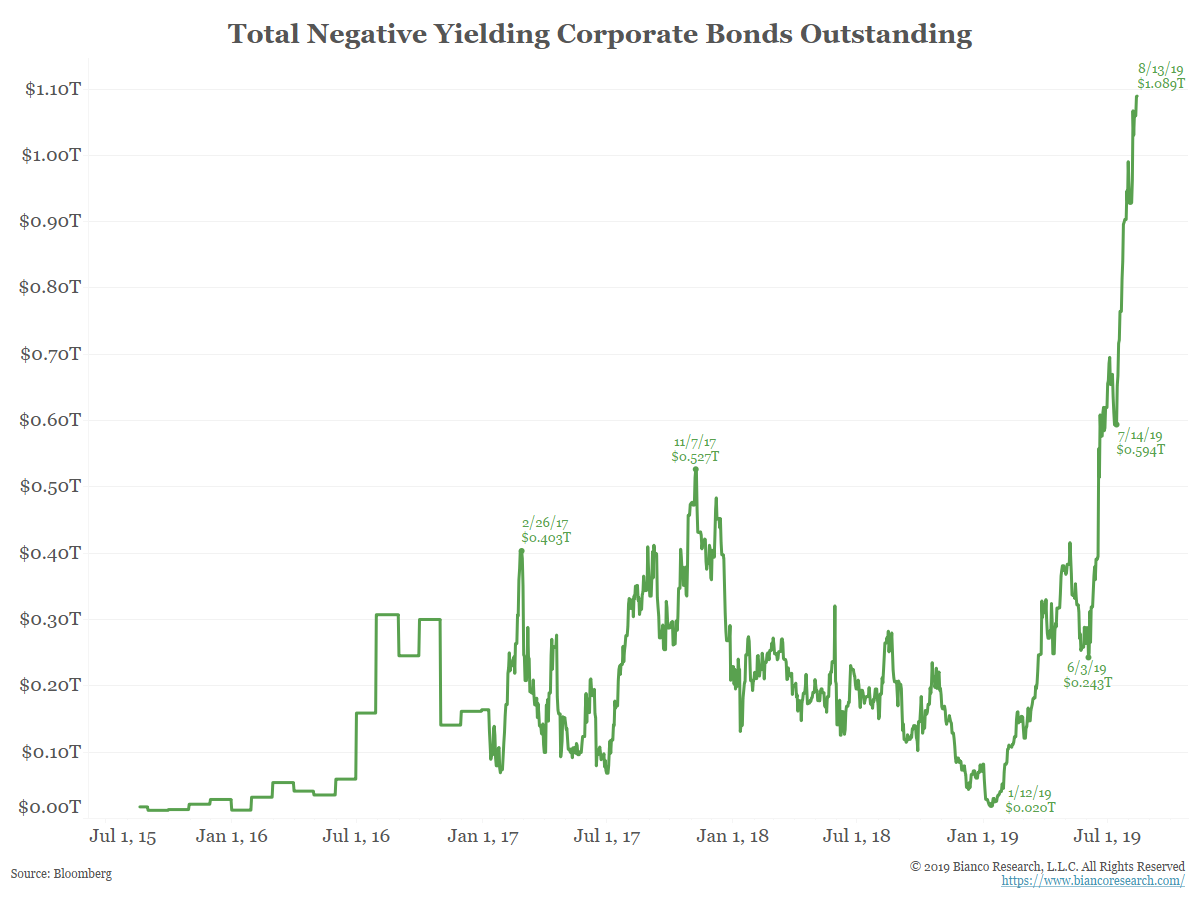 The trend poses a potentially dangerous threat, especially if market winds shift and bond holders looking for price gains rather than yield get stuck holding too much risk.

“The interest rate risk that these bonds carry is huge,” Bianco said in a recent interview. “The financial system doesn’t work with negative rates. If the economy recovers, the losses that investors would take are unlike anything they’ve ever seen.”

Negative yields have been confined to places outside the U.S., though some Federal Reserve officials have toyed with the idea at least in a hypothetical sense. Former Fed Chairman Alan Greenspan recently jolted some investors when he said there was nothing actually standing in the way of negative U.S. rates.

Most of the negative-yielding corporate debt is in Switzerland, while some also is in Japan, Bianco said.