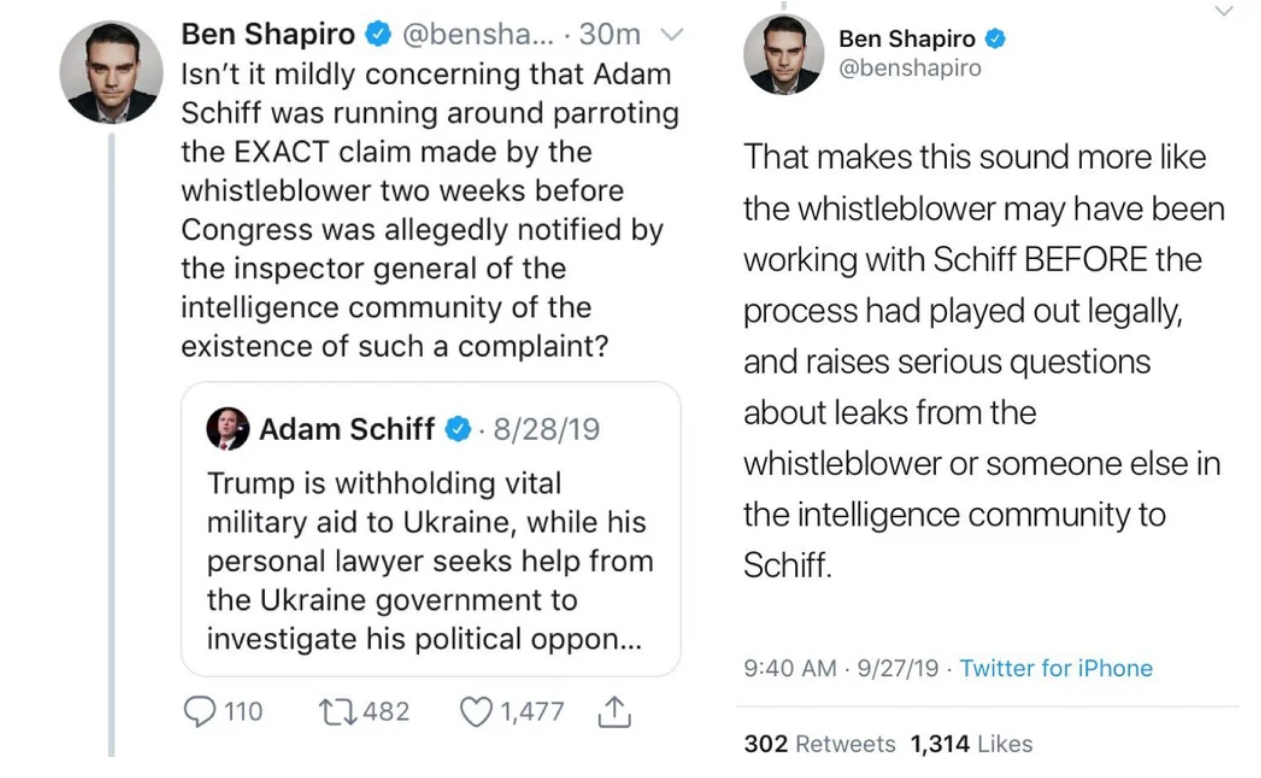 So let’s get this straight

Almost immediately after it was filed

And maybe BEFORE it was filed

Is outraged when the committee finally gets it

And forces the acting DNI, who is a decorated Navy seal

And had been on the job for a week

And in a house hearing broadcast to millions of people

Accuses the acting DNI and decorated seal of stonewalling the committee

Even though the DNI was just following the LAW

And while Schiff was making these wild accusations

Because they were illegally leaked to him

And the mainstream media isn’t questioning any of this

And the Dems wonder why everyday Americans

And hate the media