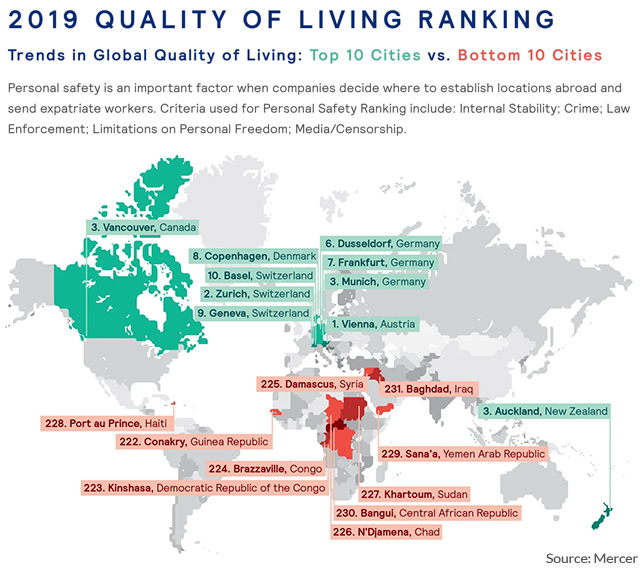 “European cities continue to have the highest quality of living in the world, with Vienna (1), Zurich (2) and Munich (3) not only ranking first, second and third in Europe, but also globally,” the report revealed, adding that “as many as 13 of the world’s top 20 spots were taken by European cities.”

20 cities with the highest quality of living

See also  Now That the American Dream Is Reserved for the Wealthy, The Smart Crowd Is Opting Out

The city of 1.9 million is also nicknamed “red Vienna” for having long been run by the political left, with cheap public services and abundant social housing