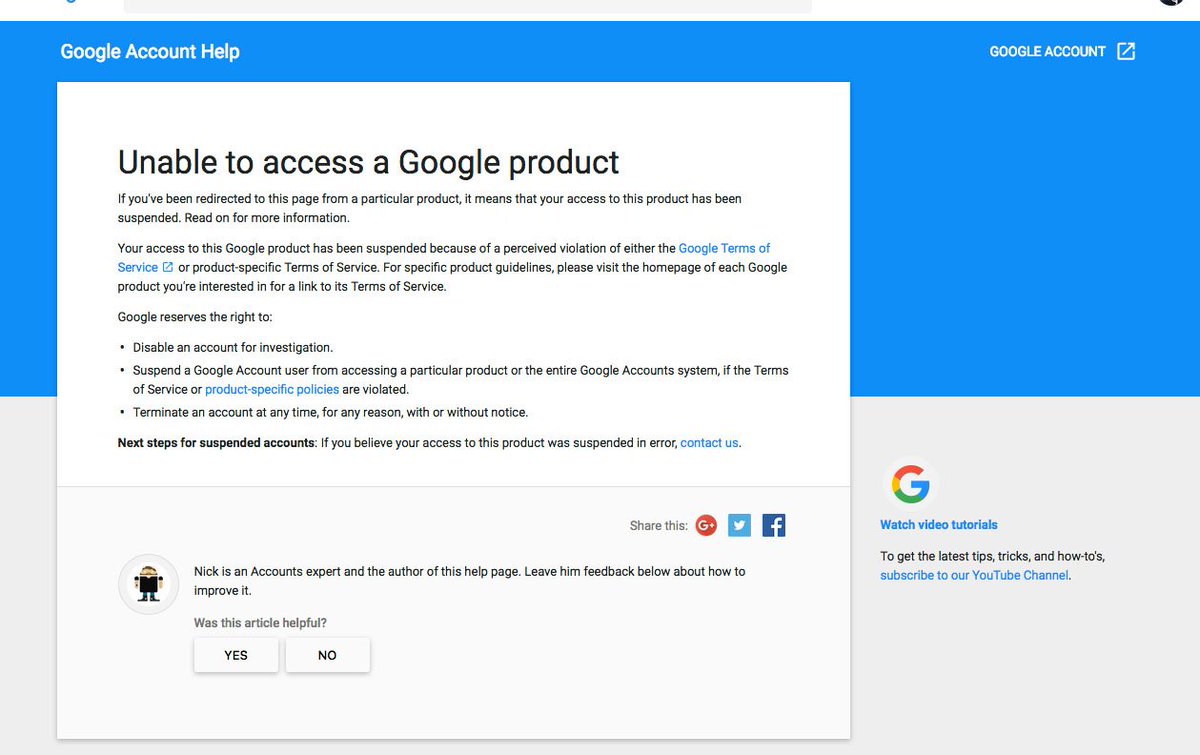 YouTube is the primary video platform on the web. The purge of channels over the past few days is bad enough, but to prevent creators of those channels from even viewing what the rest of the world can see is a 1984 micro-targeting for wrong-think.

YouTube’s New Moderators ‘Mistakenly’ Pull Right-Wing Channels — Another day of leftist abuse, another step towards the Goolag.
Apparently you are only allowed to express the mainstream media’s opinions and stories now on YouTube, and alternate views and opinions are now not allowed. I am really pissed and a little scared that one of the biggest outlets for free speech is now being censored to such a degree.
I think this is a very serious issue and an alternate media outlet needs to be created in order to keep these opinions accessible to a large number of people.

8 thoughts on “Not only are YouTube channels getting taken down, but their content creators are being blocked from even watching any other videos on YouTube at all”