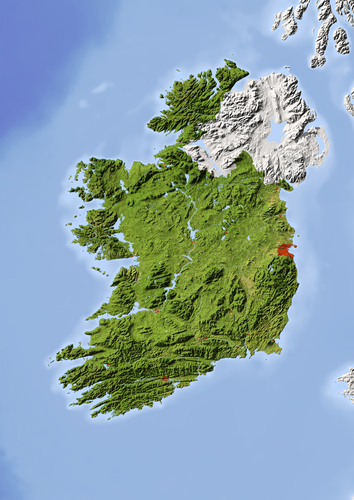 There is a new Irish political party emerging in the Republic of Ireland to promote leaving the EU, which was inspired by the successful BREXIT movement. Theresa May has really messed up the entire BREXIT movement and at the same time, this has exposed Europe for what it really is – a power and money grab that has been resentful of the British probably from inception since without Britain, Europe would be speaking French when they stopped Napoleon and the German when they stopped Germany. Without Britain, Europe might not exist as it does today. Then add the Irish who saved civilization for the barbarians burned everything in Europe creating really the Dark Ages and it was the Irish monasteries who saved the old knowledge along with the Arabs.

So now we have IREXIT Freedom party, which has launched in Dublin who want Ireland to “take back control” from Brussels. The party plans to run candidates in next year’s European Parliament elections and the 2021 Irish general election. Meanwhile, the European Union is in “mortal danger” warns the budget Commissioner Günther Oettinger and has stated that member states are not complying with EU budget directives. He warned Italy will suffer huge penalties if it does not comply. In reality, we are looking at the occupation of Europe by the EU which conquered the continent with an idea rather than troops and guns as was the approach of Napoleon and Hitler.