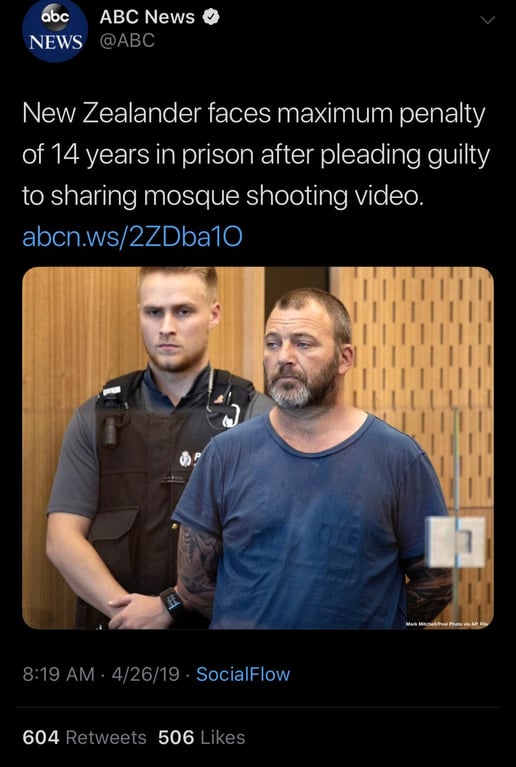 Wellington, New Zealand — Six people appeared in a New Zealand court Monday on charges they illegally redistributed the video a gunman livestreamed as he shot worshippers at two mosques last month. Christchurch District Court Judge Stephen O’Driscoll denied bail to businessman Philip Arps and an 18-year-old suspect who both were taken into custody in March. The four others are not in custody.

READ  Facebook Will Now Require You To Create a Video Selfie for Identity Verification!

The charge of supplying or distributing objectionable material carries a penalty of up to 14 years imprisonment. Arps, 44, is scheduled to next appear in court via video link on April 26.