Oil prices closed the week on a positive note, as professional buyers are more convinced that oil is trending higher in the short term. 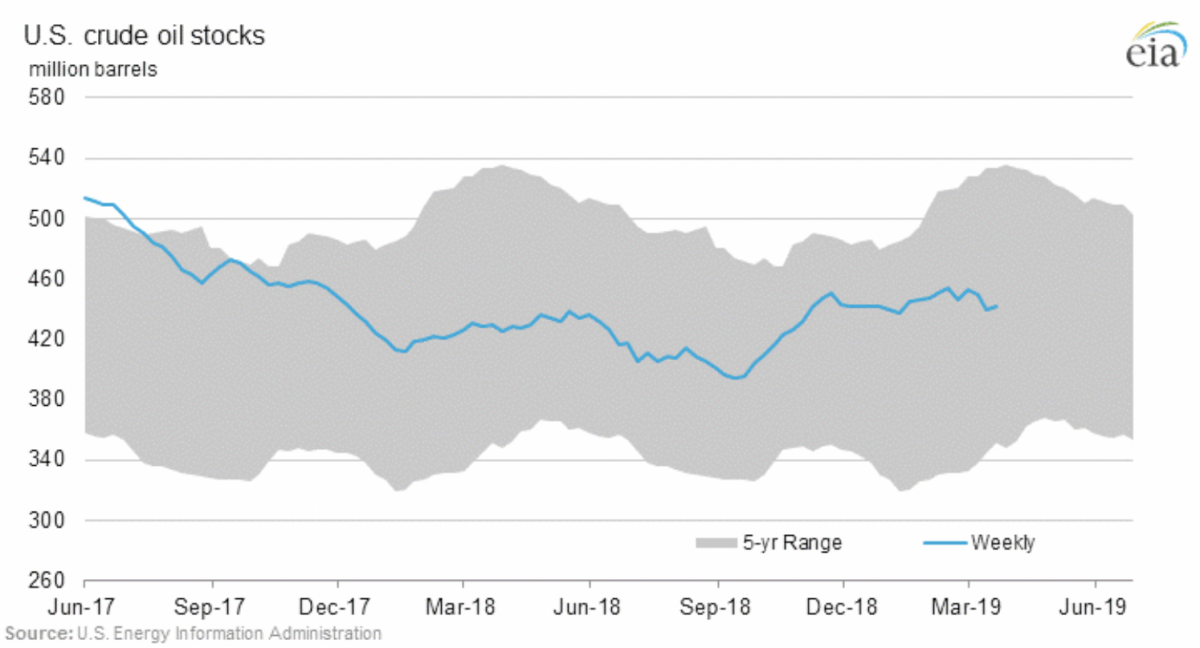 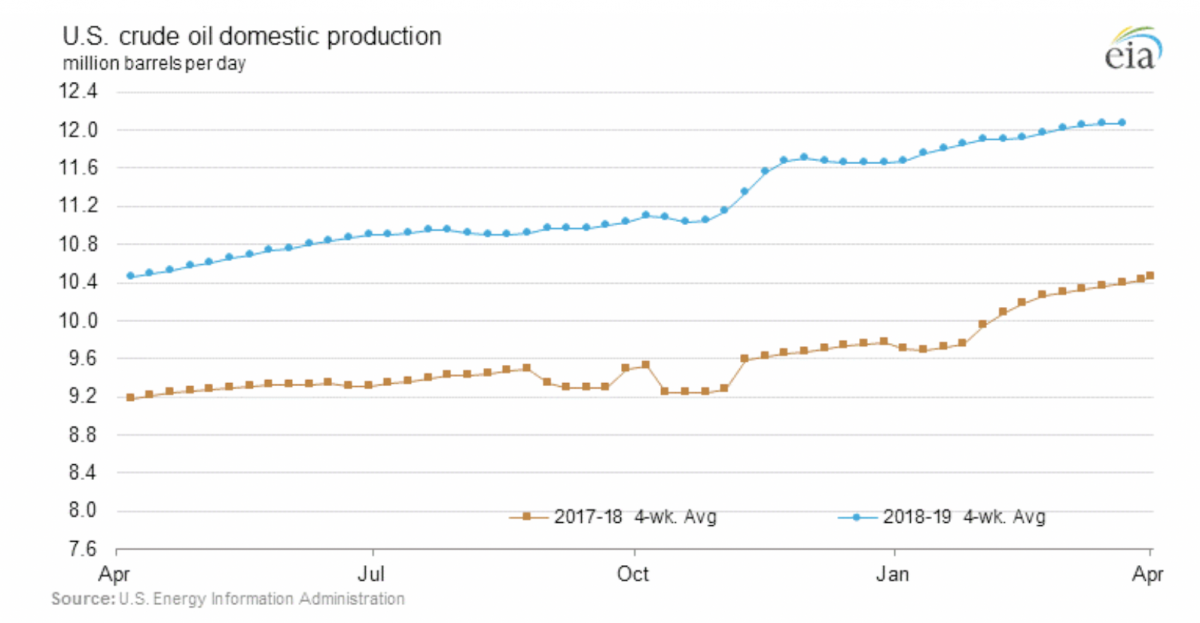 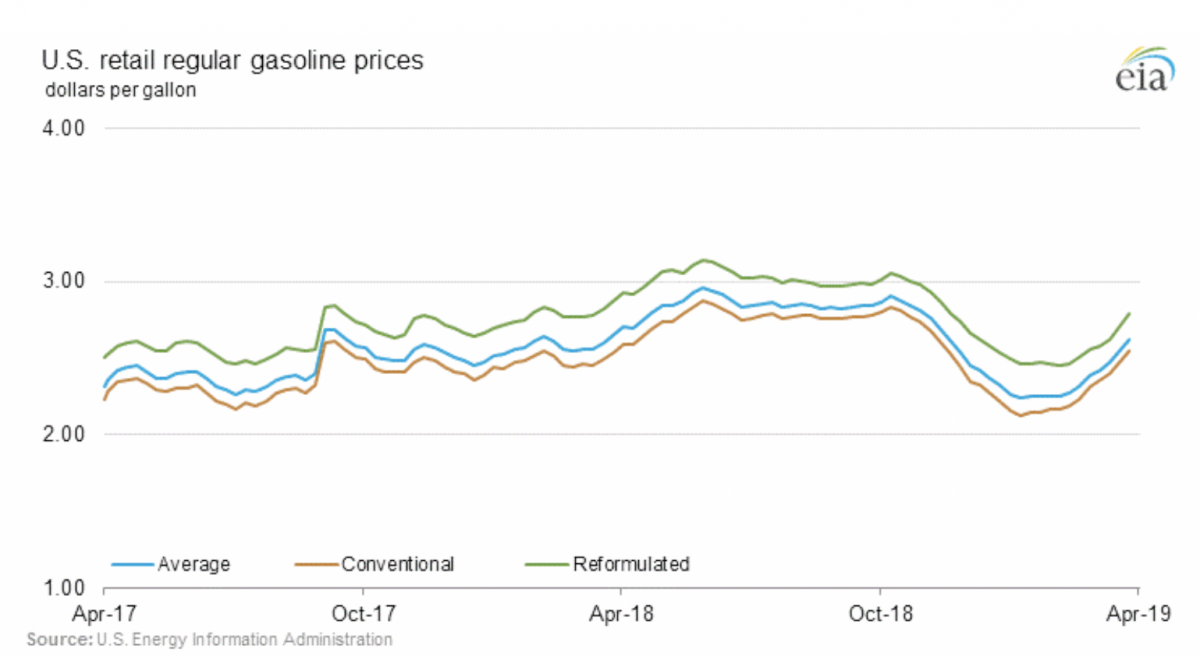 While the breakneck growth of U.S. oil output has slowed considerably since January, domestic production continues to expand (albeit slowly) and will likely continue to grow thanks to tight oil production, according to projections from the U.S. Energy Information Administration (EIA). Meanwhile, overseas, Venezuela continues to face rolling blackouts and plunging oil production, Trump took to Twitter to take on OPEC, and international oil prices have remained weak in the wake last week’s “flurry of bearish news.”

Mega-merger joins the world’s largest oil company and petrochemical company. In a long-anticipated move, Saudi Aramco acquired a whopping 70 percent stake Saudi Basic Industries Corporation (SABIC) for $69.1 billion in what the New York Times reports to be an alternative strategy to “finance an ambitious campaign to modernize the kingdom” in lieu of any movement on the company’s extremely delayed initial public offering.

Continued blackouts in Venezuela threaten oil production. With its second bout of nationwide blackouts in less than a month, completely halting operations at the nation’s main oil export terminal as well as its heavy crude processing complex. While Maduro continues to blame U.S. sanctions for the power outages, the White House maintains that the matters are entirely unrelated. OPEC will likely chalk up the blow to Venezuela’s oil production to a success, with every dip in the global oil inventory driving up prices.

China’s Sinopec reports catastrophic profit drop. In a story broken by Reuters, the world’s second-largest oil company Sinopec reported a jaw-dropping 76-percent drop in its latest quarterly profit for October-December 2018. China’s top refiner suffered even worse losses, with Bloomberg reporting that the company’s profits fell by as much as 90 percent in the fourth quarter. The nosedive is not due to normal operation, but derivatives trading losses brought by the Unipec, the company’s trading arm, which, thanks to bad oil hedging bets, saw net losses of US$690 million (4.65 billion yuan) in the fourth quarter of 2018.

Mexico desperately tries to save its rapidly sinking oil company. Mexico is looking at potentially dipping into a stabilization fund to pay off as much as USD$7 billion to pay off some of the national oil company’s crushing debt. Finance Minister Carlos Urzua told Bloomberg, “Pemex must show that it really has a very robust business plan in the mid- and long-term[…]At this point, the risk perception that global investors have about Pemex isn’t the best.” That’s putting it mildly. The criticism of Pemex’s direction isn’t just international, however. Just today three of the troubled company’s board members announced their departure from Pemex due to irreconcilable political differences with Mexico’s new leftist president Andrés Manuel López Obrador.

Signs point to recession…but are oil markets taking heed? With the U.S. Federal Reserve, joining the IMF, the World Bank, and the OECD in making public statements about an impending economic slowdown, what are oil markets doing to prepare? Not much, apparently. The U.S. continues to push for higher oil production as U.S. stock and oil markets remain robust and bullish, but reality bites, and according to experts both “can be expected to correct.”

Saudi Arabia angles for $70 oil despite Trump’s outcry. Sources speaking to Reuters say that not only are the Saudis and OPEC aiming to lower crude inventories and rebalance the market, but they are also working toward the specific goal of a $70 dollar barrel. This number is reportedly the minimum oil price needed by the Saudis in order to meet the kingdom’s budget. The initiative directly flies in the face of Trump’s pleas for lower oil prices in order to support heavier sanctions on both Iran and Venezuela. Speaking of which…

Washington D.C. appeals to traders to stop buying Venezuelan oil. Foreign commodity traders and refiners are not covered by the latest round of sanctions, leading the U.S. to contact buyers directly and implore them to unilaterally support the Trump administration’s financial blockade against contested Venezuelan president Nicolas Maduro. One anonymous source speaking to Reuters sheds light on the situation: “This is how the United States operates these days. They have written rules and then they call you to explain that there are also unwritten rules that they want you to follow.”

The U.S. continues to defy China in the Indo-Pacific. Last week, Trump provoked angry remarks from the Chinese government when he bolstered U.S. military presence in the heavily-contested, resource-rich South China Sea. This week he doubled down on his flagrant disregard of China’s warnings by cozying up to Taiwan (in direct defiance of the One-China Policy) and sending two American ships through the ever-more controversial Taiwan Strait in a politically fraught move that a Navy spokesman described as a demonstration of “U.S. commitment to a free and open Indo-Pacific.”