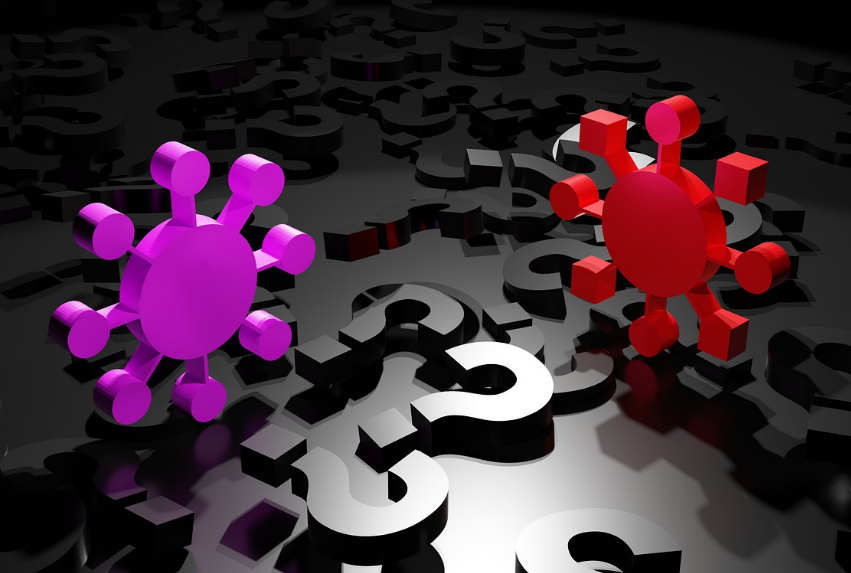 What would you do if a coronavirus that is much more contagious than regular COVID and that makes people much sicker than regular COVID started to spread all over the globe?  Well, we are being told that is precisely what is now happening.  Technically, P1 is a “variant” of the COVID virus that has paralyzed the entire planet over the past year, but it is proving to be far more dangerous.  Over the past week, the spread of P1 in Brazil has caused people to drop dead at a staggering pace…

Over the past month, the South American nation has blown past a series of grisly milestones, repeatedly setting new records for most Covid-19 deaths per day. In the past week, it set another record: 12,818 new deaths and more than 464,000 new cases, according to Johns Hopkins University figures — signs of a viral spread outpacing even that of the United States, the only country in the world harder hit by the pandemic in absolute numbers.

Hospitals all over Brazil cannot handle the vast numbers of people that are becoming extremely sick.

In fact, some hospitals are no longer taking any new patients at all…

In the southern state of Rio Grande do Sul, ICUs are so overloaded that the largest public hospital treating Covid-19 cases in state capital Porto Alegre said Sunday it was forced to close its doors to new patients.

Throughout this pandemic, the vast majority of the victims that were becoming seriously ill or dying were elderly people.

But things are much different with P1.  Vast numbers of healthy young adults are being hospitalized, and that fact has prompted the health secretary of Sao Paulo to refer to P1 as “a different pandemic from the one we saw last year”…

São Paulo’s health secretary, Jean Gorinchteyn, this week told reporters that in many of that state’s ICUs half of patients were now under 50. “I’m talking about 26 and 29 and 30-year-olds – often in a very grave condition,” he said, urging citizens to avoid crowds and remain at home. “We all need to understand that what is happening right now is a different pandemic from the one we saw last year,” Gorinchteyn claimed.

What a great tragedy this is.

We need to be praying for Brazil, because right now they are seeing “cemeteries fill up like never before”…

As the emergency intensified this week, frontline health workers from Porto Alegre to Recife, a coastal city 3,000km further north, described scenes of heartbreak, despair and exhaustion as intensive care units and cemeteries fill up like never before.

“It feels like we’re putting a Band-Aid on a bullet wound,” said Eduarda Santa Rosa Barata, a 31-year-old infectologist who works in three ICUs in the north-eastern capital of Pernambuco state, all now stretched to the limit. “We’re engaged in damage reduction … You open new beds and they fill up immediately.”

But won’t Brazil be okay once everyone gets vaccinated like the corporate media is suggesting?

First of all, there are all sorts of very serious problems with the vaccines.  If you have not heard about them by now, I would strongly recommend doing some research.

Secondly, P1 appears to evade immunity conferred by previous COVID infection.  Just check out the results of one new study…

A preprint of a new modelling study by researchers in Brazil and the UK suggests the variant first detected in the northern city of Manaus late last year, known as P.1, may be up to 2.2 times more transmissible.

The study, which has not yet been peer-reviewed or published in a medical journal, suggests that even people who have already had the coronavirus could be vulnerable. The same study showed that the P.1 variant could evade immunity from previous Covid-19 infection by up to 61%.

In October, one study discovered that 76 percent of the entire population of Manaus, Brazil had already developed COVID antibodies.

But then P1 showed up in December and absolutely devastated Manaus.

READ  Taiwan gearing up to defend against CCP invasion. And Quad alliance being set up

Of course P1 is not just limited to Brazil.

It has already spread to a whole bunch of other countries including the United States, Canada, the United Kingdom, France, Germany, Spain, Japan, Mexico, Italy and India.

Here in the U.S., it just keeps popping up in more locations.  For example, three confirmed cases of P1 were just reported in Arizona…

Officials with the Arizona Department of Health Services say a COVID-19 variant strain that spreads at a faster rate has been detected in Arizona.

According to a statement released on March 12, AZDHS, along with the Yuma County Health Services District and TGen, reported that the P1 strain of COVID-19, also known as the Brazilian variant, was detected in three test samples from the state.

If P1 becomes the dominant strain in the United States, we are going to have a massive problem on our hands.

But for the moment, most Americans are convinced that the worst days of the pandemic are now behind us.  Just check out these survey results…

But Americans believe the trend line in containing the virus is improving, with 64% saying efforts are going well right now — the highest since CBS News began polling on the outbreak last March. And in the months ahead, six in 10 expect the outbreak to get better and only one in 10 think it will get worse, a brighter outlook that spans party lines.

Can you imagine how depressed people will be if P1 starts spreading like wildfire all over this country?

If we could barely handle COVID, how are we going to be able to handle P1?

And if we can’t handle P1, what in the world is going to happen when a pestilence that is much, much worse comes along?

Of course pandemics are just one element of the “perfect storm” that is now upon us.

We live in very troubled times, and what we have experienced so far is just the very beginning.