The baby girl weighed less than a pound when she was born just 21 weeks into Courtney Stensrud’s pregnancy. Infants that tiny and undeveloped aren’t expected to survive outside the womb, but her mother insisted that she be resuscitated. Lyla — who is now 4 — appears to have made medical history.

Right now, as you are reading this, abortion is being debated in the US Senate under the Pain Capable Unborn Child Protection Act. This is a bill to ban late-term abortions nationwide after 20 weeks post-fertilization on the basis that the fetus is capable of feeling pain during an abortion at and after that point of pregnancy.

“I call heaven and earth to record this day against you, thatI have set before you life and death, blessing and cursing: therefore choose life, that both thou and thy seed may live:” Deuteronomy 30:18 (KJV)

This is not an issue of Republican versus Democrat, Right versus Left, or any of that other political nonsense. This is about murdering babies, plain and simple, cut and dried. If you are a woman, your womb is supposed to be the most the safest place on earth, and not a death chamber for the life you created.

Here is the story of Lyla, the ‘miracle baby’ who was born at 21 weeks. Look very closely at her face, that is what you are killing when you have a 20 week or after abortion. Debate that.

See also  There Is No Turning Back After This

‘Miracle baby’: Born at 21 weeks, she may be the most premature surviving infant

FROM TODAY: Her doctors believe the Texas girl is the most premature surviving baby ever reported. Her case means they can no longer say death is certain for babies delivered at 21 weeks’ gestation, “though it remains highly probable,” wrote Dr. Kaashif Ahmad, a MEDNAX-affiliated neonatologist at the Pediatrix Medical Group of San Antonio, Texas, last year in the journal Pediatrics.

“I feel blessed that we were given this little miracle baby,” Stensrud told TODAY when Lyla’s story first went public in 2017. 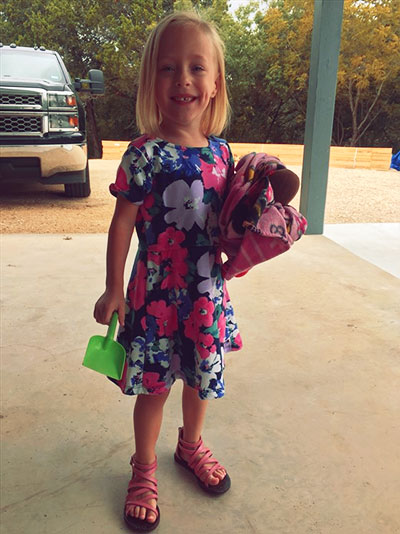 When TODAY caught up with her on Thanksgiving Eve 2018, she had a lot to be thankful for. Lyla is a little behind on speech, but she’s otherwise “doing really well” and doesn’t have any medical issues or disabilities, her mom said. The girl will soon return to preschool and recently attended a NICU reunion at Methodist Children’s Hospital.

Stensrud has started a blog to tell her daughter’s story and reach other families who may be going through a similar situation.

Doctors can’t predict Lyla’s future, but they have every reason to be hopeful for her continued long-term good health, Ahmad noted.

“Lyla is a beautiful… wonderful little girl,” he said. “Lyla not only fought and survived to make it home, but is thriving today. Knowing her over the past four years has been an extraordinary journey.”

See also  After eighteen years of active duty service in the US Army, my lieutenant colonel husband has resigned

Stensrud, now 36, and Ahmad first met in the delivery room of a San Antonio hospital minutes after Stensrud gave birth. The 14.5-ounce baby — who was lying on her stomach still attached by the umbilical cord — was due in November, but it was only July. “It was shocking to see a living, breathing person that small,” she recalled.

Stensrud went into early labor after experiencing premature rupture of membranes and chorioamnionitis, an infection of the placenta and the amniotic fluid. She had a few moments to research whether a baby born that early could live and knew it wasn’t possible.

“But when I was holding a live baby in my arms, I just absolutely thought she could survive. I felt it in my heart,” Stensrud said.

When Ahmad found out the pregnancy was estimated to be just 21 weeks and four days along, he quickly counseled her about the baby’s dire prospects. Infants delivered before 22 weeks’ gestation are too premature to survive, he said. Their lungs are so underdeveloped that it’s near impossible to deliver oxygen into their bodies. READ MORE

Contact your state and federal representatives and tell them how you feel about this issue.