Yesterday’s market action was a MAJOR wake up call.

Stocks erupted 1.5% higher on announcements that the US/ China reached some form of a trade deal…

However, the rally barely lasted, giving up most of its gains by mid-day. It was only through a desperate end of the session manipulation (red box in the chart below) that stocks didn’t end the day flat. 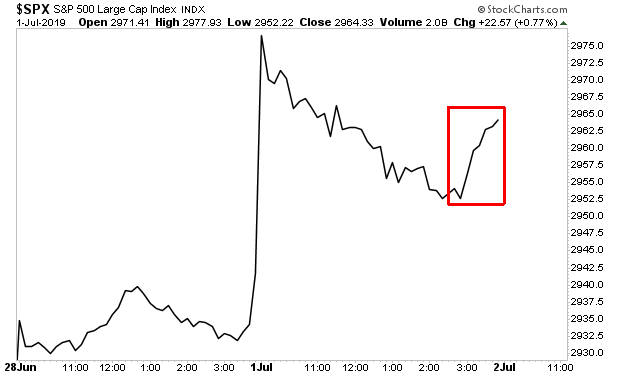 Let’s be clear here… if the stock market cannot stage a major breakout on the prospect of the US/ China trade war entering a “cease fire”… the bull market is in major trouble.

I wrote about this yesterday…

In the big picture, the stock market’s rally did nothing more than retest its broken bull market trendline.

And despite the clear attempts to induce another bull market, stocks were just rejected by this line for a second time last month (purple circle in the chart below) 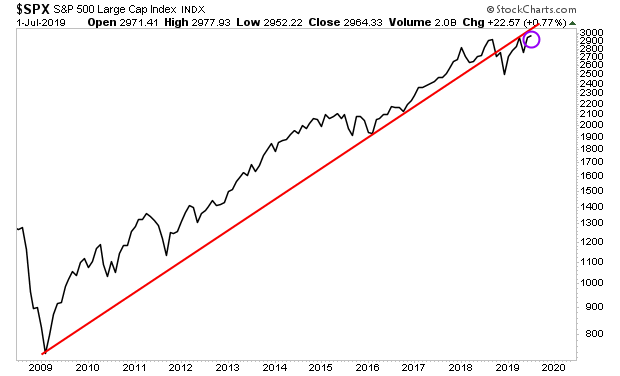 As in “it’s CRASH TIME” trouble.