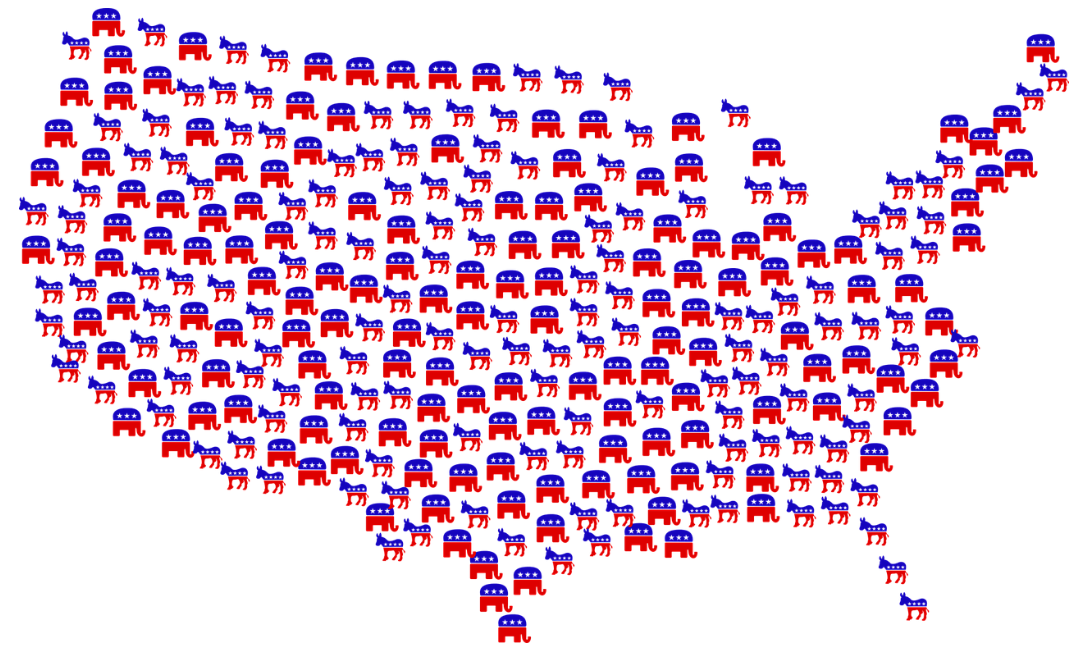 How can a nation survive if there is absolutely nothing that binds the people together?  In the early days, the United States was bound together by a common culture, the Christian faith and the values enshrined in the U.S. Constitution.  But today that is no longer true.  The left has a totally different culture than the right does, and both sides of the political spectrum have pretty much abandoned the values that were once held so dear by our founders.  Without anything to unite us, how can “the Divided States Of America” continue to exist as a cohesive political entity?

If you ask most Republicans to name the number one threat to our country, most of them will tell you that it is the Democrats.

And if you ask most Democrats to name the number one threat to our country, most of them will tell you that it is the Republicans.  Let me give you just one example.  The following comes from a piece by a very liberal author that attempted to argue that the modern Republican Party represents a fundamental threat to “American democracy”…

The battle to preserve American democracy is not symmetrical. One party, the G.O.P., now poses itself as anti-majoritarian and anti-democratic. And it has become a Party less focussed on traditional policy values and more on tribal affiliation and resentments. A few figures, including Liz Cheney and Mitt Romney, know that this is a recipe for an authoritarian Party, but there is no sign of what is required to reverse the most worrying trends: a broad-based effort among Republican leaders to stand up and join Democrats and Independents in a coalition based on a reassertion of democratic values.

Of course many conservatives have written similar articles about Democrats.

We have gotten to a point where both sides of the political spectrum deeply, deeply hate one another, and that is a very dangerous place to be.

Even if one side does everything right, the other side still frames it as a “threat to democracy”.  We were always told that we should use our right to vote to enact change, but the Washington Post recently published an article that attempted to frame local school board victories by conservatives in the state of Washington as “anti-democratic”…

“If you’re going to make a change, you don’t do it by storming the Capitol. You make change by using the process that you’ve been given and starting at the bottom,” said Matt Marshall, founder of the Washington Three Percent and a member of the Eatonville School Board.

Two years ago, watchdog groups warned that Marshall’s election represented the dangerous creep of anti-government extremism. Today, the Washington Three Percent claims members in dozens of official posts throughout the state, including a mayor, a county commissioner and at least five school board seats. Sova, an officer with the group, was among four women members who ran in local races this cycle. Three won.

These citizens of the state of Washington are trying to peacefully change their local communities by winning elections, and the Washington Post absolutely hates it.

See also  Compulsory vaccination in #Austria starts at the beginning of February for all citizens over 18, fines up to a maximum of 3,600 euros from mid-March - Chancellor Nehammer

That is because the Washington Post is not actually trying to protect “democracy”.  What they really want is to utterly defeat the other side and everything that they represent.

Non-citizen New Yorkers who have lived in the city for at least a month may legally vote in city elections as of next year, according to a bill which became law through the mayor’s inaction on Sunday. Adams, while expressing reservations with certain aspects of the bill, did not choose to veto or otherwise challenge it, allowing the City Council’s passage of the legislation to stand after what he called “productive dialogue” with others in city government.

Can you imagine how our founders would respond if they heard about that?

On a national level, after what we have seen in recent years nobody will ever be able to have faith in our elections ever again.

Democrats rioted and questioned the results when Trump won in 2016, and Republicans got extremely angry when Biden was declared the winner in 2020.

At the rate that we are going, I am not completely convinced that we will even have a national election in 2024.

But without a doubt, I believe that a whole lot of civil unrest is on the way.  When activists on the left riot, they usually only get a slap on the wrist if they are even charged.  Of course when conservatives get rowdy, law enforcement comes down on them extremely hard.

And there are many on the left that are quite eager to take things to the next level.  For example, former deputy director of the FBI Andrew McCabe wants to treat rowdy conservatives like Islamic terrorists…

McCabe likened conservatives to members of the Islamic Caliphate: “I can tell you from my perspective of spending a lot of time focused on the radicalization of international terrorists and Islamic extremist and extremists of all stripes… is that this group shares many of the same characteristics of those groups that we’ve seen radicalized along entirely different ideological lines,” he said.

McCabe went on to describe the rise of the Islamic caliphate in Syria and how Islamic extremists were radicalized across socioeconomic, educational, and racial lines, likening it to the “mass radicalization” of the political right across demographics. That’s right, according to McCabe a grandma who shares a Federalist article on Facebook and your uncle with a “Let’s Go Brandon” coffee mug are in the same category as a jihadist who killed 49 people at an Orlando nightclub.

But why stop there?

See also  Australia how did it get to this? Watch out America they coming for you next!

Washington state appears poised to enact a bill that would use a “strike force” to “involuntarily detain” those who still refuse to obey and comply with the ruling class. Straight-up force and an enhanced police state could be used to force people into  quarantine camps in the near future.

WAC 246-100-040, a proposed revision to include COVID protocol under the state’s Communicable and Certain Other Diseases act, outlines “Procedures for isolation or quarantine,” according to a report by The Gateway Pundit.  The measure would allow local health officers “at his or her sole discretion” to “issue an emergency detention order causing a person or group of persons to be immediately detained for purposes of isolation or quarantine.”

Health officers are required to provide documentation proving unvaccinated residents subject to detention have denied “requests for medical examination, testing, treatment, counseling, vaccination, decontamination of persons or animals, isolation, quarantine and inspection and closure of facilities” prior to involuntarily confinement in quarantine facilities, the resolution states. So basically, if you simply want to live a free human being, you are going to be “free” to only obey the dictates of your masters.

This pandemic has taken our national divisions to an entirely new level.

So how can we possibly live together after everything that has transpired, and where do we go from here?

I don’t have all the answers, but from my perspective what we are witnessing is the beginning of the end for our once great political system.