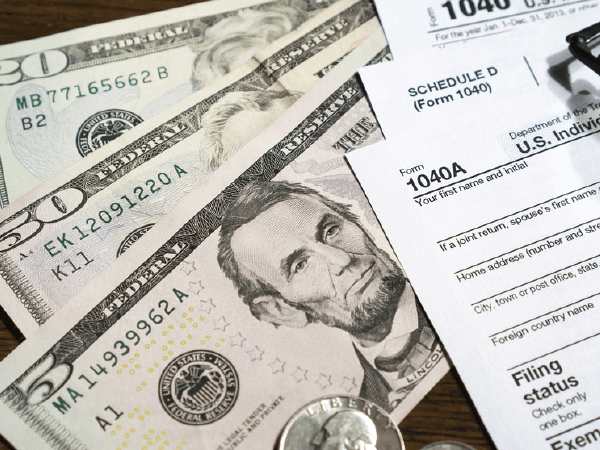 Lawmakers are considering the possibility of earmarking billions of dollars to bail out some failing pension programs.

The proposed bailout was outlined in The Hill:

The proposal, a draft of which was obtained by the Post, would require the Treasury Department to spend as much as $3 billion annually to subsidize payments for retirees enrolled in designated pensions.

According to The Hill article, a bailout isn’t the only solution being considered. Lawmakers are also considering higher premiums and new member fees as possible solutions.

Over at The Daily Republic more specifics were revealed, including the “bad debt” a bailout would have to account for (emphasis ours):

The retirement programs are called “multi-employer” pensions, as workers from multiple companies pay into the same retirement benefit program. But many of these pensions lack the financial assets to cover the benefits they have promised retired workers, leading to a panic from retirees who were counting on the funds. These pensions have often been plagued by mis-management, inaccurate economic projections, and in some cases corporate bankruptcies.

If the idea of a bailout sounds familiar, it’s because a $700 billion bailout of large financial institutions happened before in response to the 2008 financial crisis. Both the scope and effectiveness of that bailout have been heavily criticized.

Politicians have historically been worried about bailing out pension programs, and with good reason. After bailing out the big banks, they didn’t want to give the impression that financial programs would automatically be “fixed” with taxpayer dollars.

This time is no different. Worldwide, pension programs are set to reach a shortfall of $400 trillion. So if these bailouts were to be issued for specific pensions, an important question remains…

What keeps lawmakers from being pressured into bailing more of them out?

Potential Impacts From Following the Bail Out “Script”

The Congressional Budget Office issued a report following the last big bailout of banks after the major crisis in 2008.

In that report, emphasis was placed on a “lower price tag” for taxpayers, according to an older article at the Guardian.

But the impact was evident. These were U.S. taxpayer dollars. Retirement funds were severely impacted for millions of people and lots of jobs were lost. The Guardian article highlighted another key point (bracketed text ours):

The government took a massive gamble with our money and demanded almost nothing in return [in 2008]. Even if we didn’t max out our potential losses in this particular gamble, we easily could the next time around.

If this is the case, do U.S. taxpayers want to take “the gamble” again? What will be asked of the pension programs in return, when most of them aren’t functioning?

The Guardian article continues by pointing out another dangerous line of thinking:

Which brings us to the third way the bailout continues to cost taxpayers: the poisonous legacy of “too big to fail”. When rushing to help Citigroup, Bank of America and others, the government told the public, “We have no choice; if one of them goes down, so goes the entire US economy.”

Of course, it’s highly unlikely these pension programs would bring down the entire U.S. economy. But if the entire pension system is “too big to fail,” then what?

Do we start bailing out every pension program that fails? Who knows what the right answer to that question would be, but we probably don’t want U.S. lawmakers to be making that call.

In fairness, the big banks paid back the bailout funds from the 2008 crisis. But for the most part, these pension programs can’t.

It sure seems like we’re following a dangerous script if lawmakers choose to earmark taxpayer funds for a failing idea like pensions.

Consider “Writing” Your Own Retirement Script

It sure looks like pensions are imploding. Now is the time to ask yourself, what if this pension bailout actually happens?

You should also consider how to better protect your financial future when Lawmakers start deciding where your tax dollars are going. (Much like they did with the previous bailout).

A good place to start would be taking back control of your own retirement.

Consider putting your financial assets where they can go to work for you, and not towards failing pension programs, bankers’ pockets, and the IRS. For added benefit, also consider an option that is known for security during times of uncertainty such as physical precious metals.