As businesses are starting to introduce more tools for automating routine tasks, an increasing number of specialists from various industries are concerned that they will lose in the competition with new technologies.

It is possible that in ten years time, not only librarians, dispatchers, accountants and secretaries will have to look for new jobs, but even the representatives of professions considered to be creative. And that includes journalists, copywriters and translators.

The main reason for such changes in the global labor market is the marshalling technological revolution and the automation of many routine processes. Researchers are noting that artificial intelligence (AI) will be able to successfully perform the work of SEO copywriters and junior PR specialists in the near future. The progress already made in PR technologies allows using AI in the most reputable magazines around the world.

By using quantitative data analysis techniques and the Amazon AWS cloud service, Wordsmith’s artificial intelligence can write news for the Associated Press based on a company’s financial statements. According to the agency’s estimates, this can save up to 20% of journalists’ time.

Narrative Science developed a similar technology called Quill that Forbes has already applied. Five years ago, Chris Hammond, the founder of Narrative Science, said that a robot writer analyzing a large amount of data, for example, about baseball games, is able to mimic the simple style of sports reporters and produce thousands of texts almost instantly.

Bloomberg also uses a proprietary AI-powered system called Cyborg that has already prepared and published thousands of financial articles. The Heliograf solution, which was tested by another media giant – the Washington Post – has performed well in its coverage of the US presidential election by creating dedicated newsletters.

Automated solutions are already being used in the PR industry as well, greatly assisting specialists in their line of work. It is impossible to imagine performing regular PR tasks without services such as HARO (Help A Reporter Out), Cision PR Newswire, PRNews.io and others.

HARO is a journalistic query service whose subscribers receive daily requests from journalists writing for a wide variety of magazines. A well-crafted answer submitted as a reply to such a request can be published in any media outlet, be it a mainstream outlet such as Forbes or a local newspaper. This is a clear example of how the work of both journalists and PR specialists can be streamlined and made more effective.

Another automated solution is PR Newswire, an electronic press release distribution service used by many companies around the world. The phrase “post a press release in one click” may well be the motto of the service. More so, HARO and PR Newswire are both the creations of Cision.

The automation of press release mailings and contacts between journalists and PR specialists is not the only solution set offered for the PR tech market. Some companies have gone beyond by offering a one-stop-shop for those seeking to do without PR agencies and copywriters. For instance, PRnews.io developed the world’s first online store of sponsored content with fixed prices. It is an online, all-inclusive service that allows publishing content in media around the world, which allows its users to find an online magazine about startups in Georgia and publish the content contained in it in just one click. The solution has become so cost and time-effective that many PR companies use the service as a catalogue of online publications when looking for media websites in new regions. 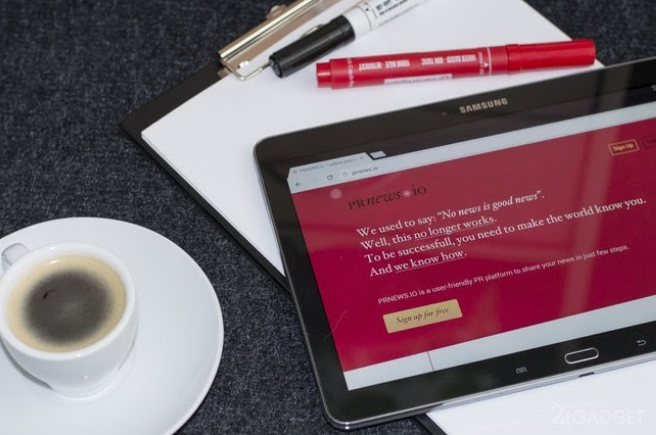 PRNEWS.IO says the company’s turnover exceeded 1.7 million euros in 2019, which is 30% more than in 2018. The forecast for 2020 exceeds 2.6 million euros. Recently, the project team announced the issuance of convertible bonds. The bonds are considered to be the most successful type of securities for private investors valuing the market potential of modern PR technologies.

The PR and marketing technology market continues to grow despite geopolitical events and the global pandemic. Analysts predict that in 2020, the global advertising industry will grow to $85.5 billion. PR technologies are likely to continue their development as an independent offshoot of the global advertising market in light of such heightened interest to their value offering.