President Donald Trump started Monday morning by complaining that Congress is not investigating the post-presidency business dealings of Barack Obama.

Trump opened by falsely claiming that the House Judiciary Committee has “given up on the Mueller Report,” seemingly ignoring the fact that House Judiciary chair Jerrold Nadler announced just last week an active Congressional investigation based in part on details emerged from Special Counsel Robert Mueller’s office.

But it was not enough to entirely dismiss a 400+ page report in 140 characters. President Trump then aimed to deflect by suggesting the House investigate the “Obama Book Deal, or the ridiculous Netflix deal,” and “all the deals made by Dems in Congress, the “Congressional Slush Fund,” and lastly the IG Reports.” 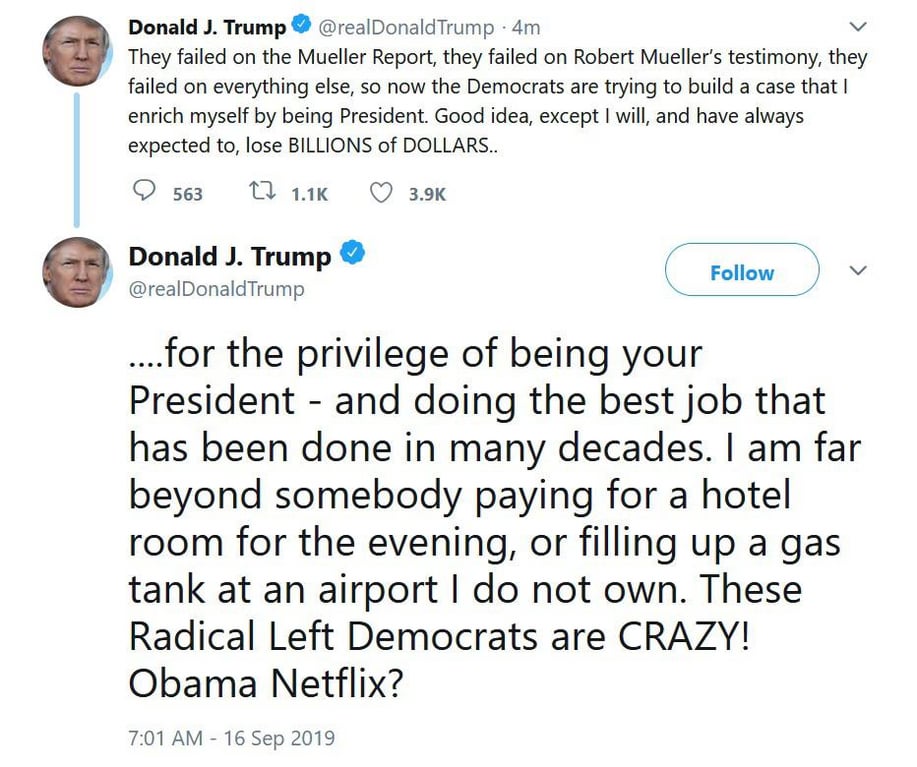