Second prosecutor in Stone case, Jonathan Kravis, announces in court filing he has resigned as assistant U.S. attorney. Kravis is a former Associate Counsel to President Obama who joined Mueller’s team in 2018. 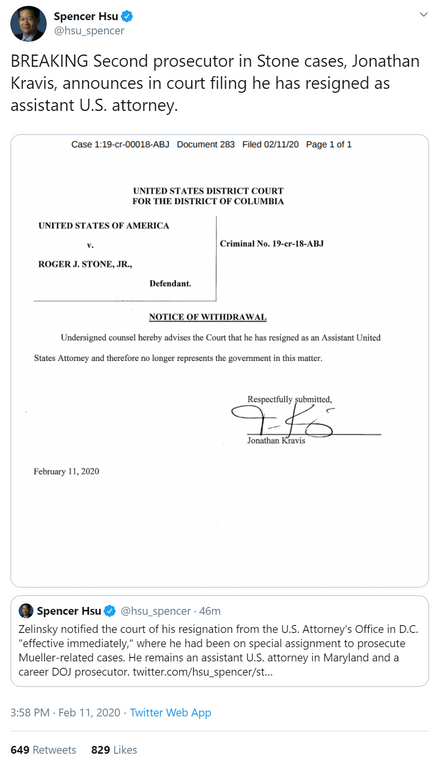