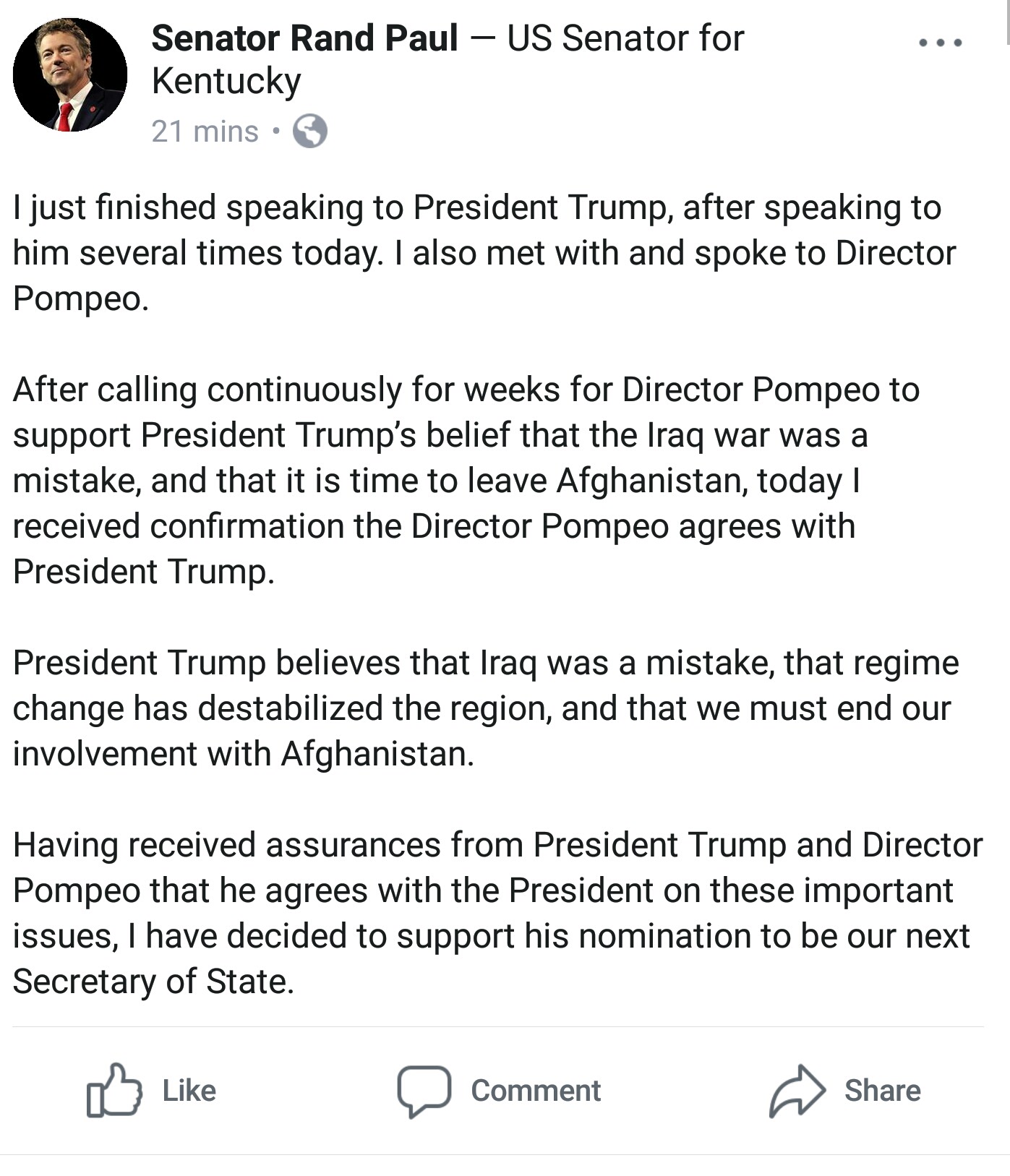 A Senate panel on Monday voted to give CIA Director Mike Pompeo a favorable recommendation that puts him on course to be confirmed as secretary of State, following a surprise last-minute vote switch by Sen. Rand Paul (R-Ky.).

Pompeo was poised to face a historic setback by becoming the first secretary of State nominee since at least 1925 to fail to win over a majority of the Senate Foreign Relations Committee.

The U-turn on the panel comes after Paul announced minutes before the Foreign Relations Committee meeting that he would support Pompeo’s nomination.

“Having received assurances from President Trump and Director Pompeo that he agrees with the President on these important issues, I have decided to support his nomination to be our next Secretary of State,” Paul said in a string of tweets early Monday evening.

He added that the decision came after he had spoken with Trump “several times today. I also met with and spoke to Director Pompeo.”

See also  Former acting Secretary of Defense Miller "did not and would not ever authorize" Gen. Milley to have secret calls with China
See also  NY State health commissioner asked to keep unvaccinated workers on job for now due to worker Shortage.
797 views