Ray Dalio has a re-think on where markets are 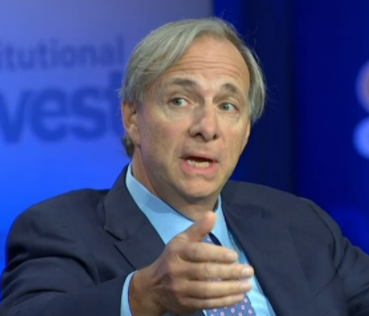 Until the past 10 days, Ray Dalio believed there would be one more big jump in stock markets before central banks and rising costs choked out the bull market.
Now he isn’t so sure.
“Recent spurts in stimulations, growth, and wage numbers signaled that the cycle is a bit ahead of where I thought it was,” he writes today on LinkedIn.
He blames government stimulus for moving along the cycle. He said the deficits from the tax cut, the latest budget and the infrastructure plan that will be announced today are spooking the bond market.
“There is a whole lot of hitting the gas into capacity constraints that will lead to nominal rate rises driven by the markets,” Dalio writes.
He believes that central banks bear close watching at the moment and that the risks of a recession in 18-24 months are rising but still unlikely.
***
Meanwhile, the SPX500 is at a generation high…