We are witnessing a phenomenal shift in real estate where everyone is bailing out of urban cities throughout the country. Even property in the Hamptons has been exploding with people fleeing NYC. While many hedge fund managers are moving to Florida and thousands of companies are fleeing California to Austin or Dallas, Texas, many others are just moving to the suburbs. Others have been moving to Texas and Florida just so their kids can play sports. Indeed, many city dwellers from New York have moved to Dallas. As one reader explained:

I loved your blog today on fake news and read your emails usually 1st thing every day. The top picture looks like the NC seal. Who is that in the picture?

I live in Charlotte and it’s growing like crazy. My next door neighbor moved down from the DC area and 3 houses down the people moved from CA. The previous owner of the house sold to CA people moved to TX because NC high school football was shut down. He had 2 sons playing football and he is a former NFL QB, whose last job was a backup with the Eagles.

The private schools here are having a surge of new students because so many are moving here and the public schools have remote learning.

I personally want to move towards the SC/NC  coast and get out of Charlotte as its so liberal. We’re not rich but our house has appreciated to crazy levels and I see property taxes going crazy.

Talking to friends in Orlando, they have witnessed the same trend. People moved to Orlando just so their kids could play sports.

Meanwhile, more than $1 billion is owed in back rent thanks to the lockdown in New York City. Governor Cuomo is looking at the state’s loss in revenue and hinted that New York can help to dig out by legalizing gambling and marijuana sales. Governor Cuomo seems to be living in a fantasy world. He has actually said NYC will reopen soon and everything will come back. He  also said, “You’re going to see the arts coming back.” 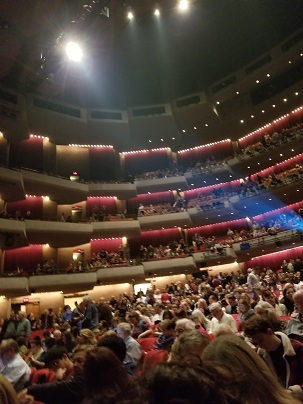 I personally enjoy the theatre. I had season tickets with designated seats for the season. That was a complete waste, and when they asked if I would renew, I declined. The Broadway plays travel around the country. That came to a complete halt. So it is not just the theatre in New York, as they shut it down nationally. Sorry, I would no longer buy a ticket until they are open and the political nonsense is over. But that does not seem likely until we pass 2022.