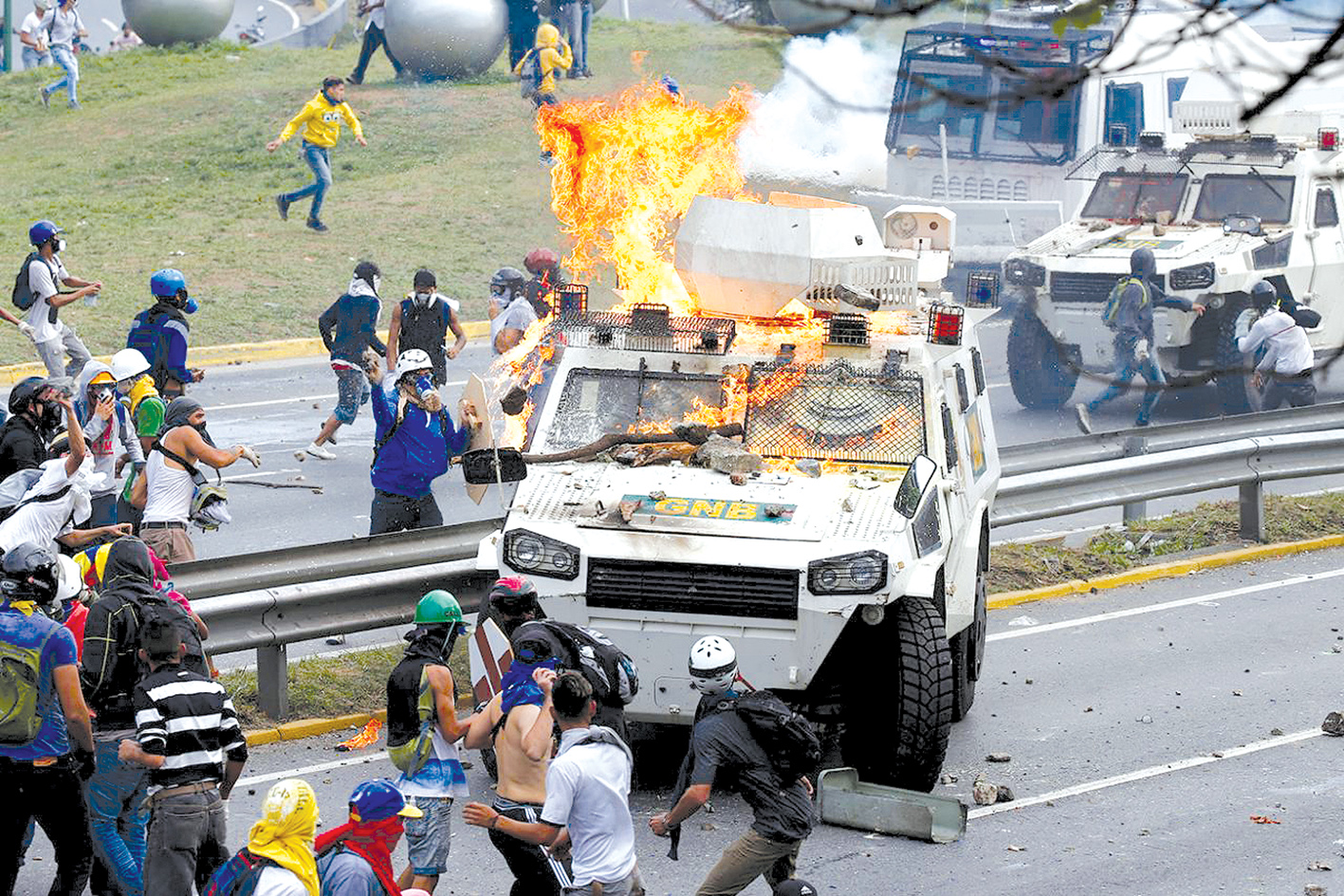 Over the past few years, Venezuelan society has been rapidly deteriorating. Civil unrest has heightened to the point of rioting, looting, violent crime and a government opposition group that is keen on overthrowing Maduro’s government.
Many have blamed Venezuela’s chaos on its socialist government. There are many socialist nations that aren’t in complete shambles, and many that have had some success. While I don’t agree with socialism as an ideology, I don’t believe Venezuela’s problems can be solely blamed on socialism.
Something that intensely pushed Venezuela into destabilization was the oil crash of 2014. Because the price of oil dropped so severely, and has remained low, pressure has been put on countries that rely on oil sales for most of their income. Countries with more diverse and expansive economies were better prepared to weather the storm.
Venezuela’s fragile, socialist economy was in no condition to handle a 60% drop in oil prices. At second glance, one may be able to conclude that the chaos was caused by an unlucky crash in oil markets. At third glance however, one may conclude that the oil crash may have been deliberate and strategic.
The most significant reason behind the crash was the US and Saudi’s excessive overproduction of petroleum. Supply flooded the market, demand remained stagnant and oil prices plummeted. Neither the US nor Saudi Arabia will ease back much on production because both seem willing to accept short-term losses to protect market share over the long-term.
What the United States and Saudi Arabia won’t tell you is that they both seem to be benefiting in not so obvious ways from the oil crash. The US and Saudi Arabia have both remained stable in the face of the crash while many of their enemies have suffered. Both have had financial loss due to lower oil prices, but both nations will gain a lot more market share if they can conquer their enemy’s supply.
Some of the countries that were most deeply affected by the oil crash include Iran, Russia, China, and yes, Venezuela. These countries have butted heads with the US/Saudi alliance in recent history.
The US’s feud with Venezuela goes back to 2007 when Hugo Chavez decided to re-nationalize the nation’s oil. This decision angered the US because ExxonMobil was doing business there long before Chavez’s decision. Exxon won a settlement in which Venezuela was ordered to pay $1.6 billion. But just recently, the Order for Venezuela to pay Exxon was overturned, probably further angering the US.
Oh, and by the way, the CEO of ExxonMobil during the time they were kicked out of Venezuela is now the current Secretary of State, Rex Tillerson. It is reasonable to assume that Tillerson will use his authority to further pressure the Venezuela into submitting to the demands of Exxon. Pressure can be applied multiple ways, but the most effective way to gain control may be to install a US friendly president with a coup.
Yes, socialism is a bad ideology and probably contributed to their downfall. However, it is far from the only factor. The oil crash was a significant fan to the flame of chaos, but it doesn’t appear to be an accident. The US and Saudi Arabia most likely crashed the oil market to weaken enemies, and Venezuela is indeed an enemy of the US. It is most likely that a large amount of the chaos in Venezuela can be attributed to the US empire and their need to concur resource rich areas.