The National Instant Criminal Background Check System said that it rejected 7,836,600 planned purchases from “illegal/unlawful alien” in 2018. And that was at the end of November. Christmas purchases of guns are typically high and were not included. 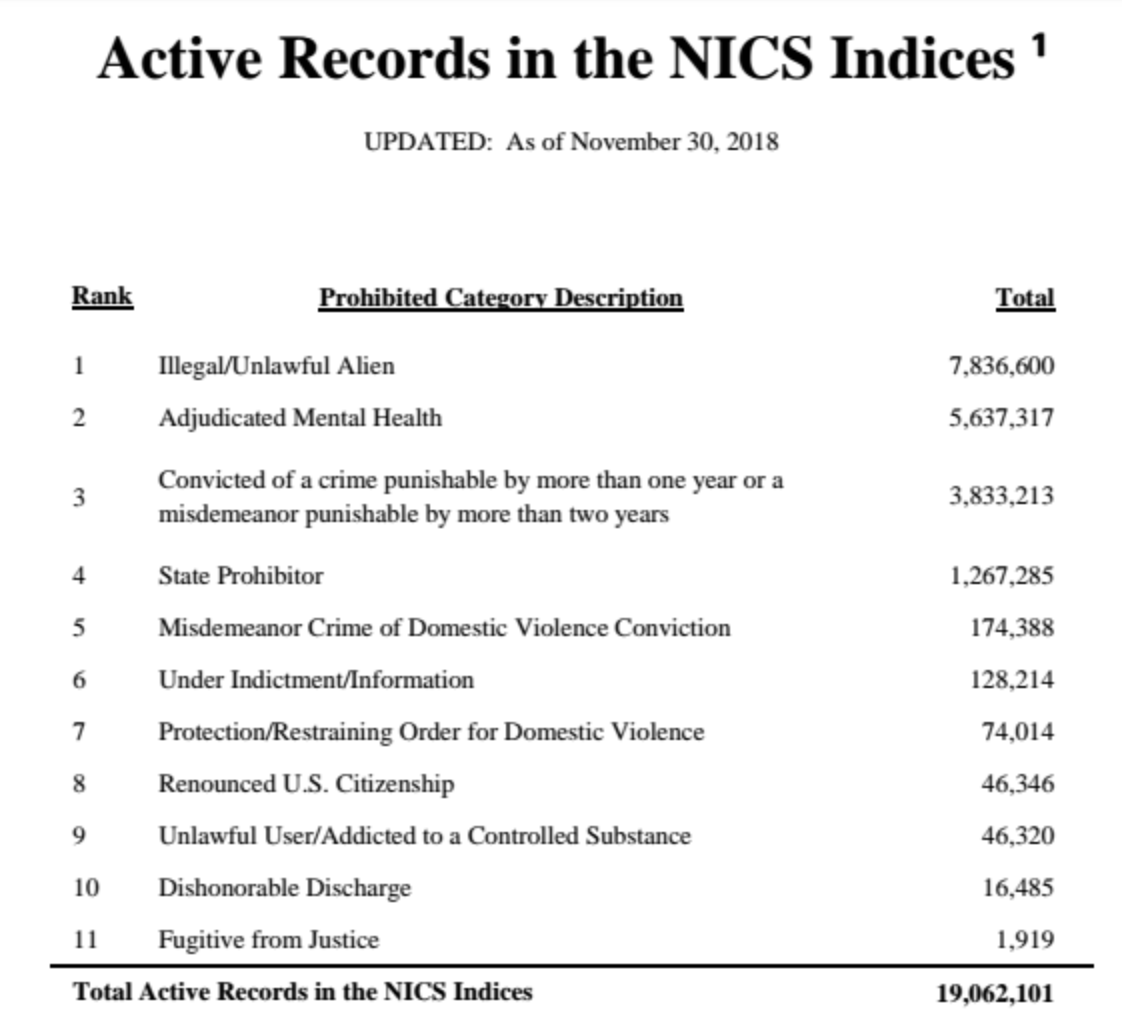 DHS says there are only 12 million illegals in the USA. (source:

READ  Police officers in Austin, Tex., are quitting in record numbers due to city’s “woke” transformation

I highly doubt it.

To me, this number means there’s WAY more illegals in the USA.

Anyone here trust the Ivy Leaguers where many globalists emanate from? Not me! 22 million would mean that 36% of illegals tried to buy a gun in 2018, right?

Uhhhh. That seems high still, no?

Let’s say 1 of 10 illegals tried to buy a gun in 2018. That means there are 80 FRICKIN’ MILLION illegals in the USA. And even 10% seems high still (aren’t illegals trying to avoid the law?)