“Wait till she finds out you’re 4’6 and peddle a Schwinn.” – Home Improvement 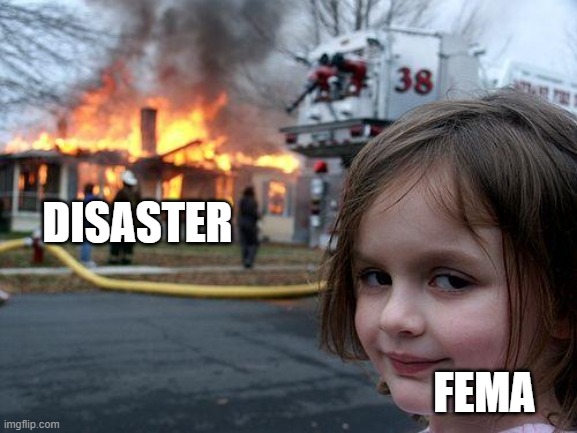 I had a boss once who could have worked for FEMA – he showed up late, and wasn’t any help when he finally arrived.

There I sat, in the middle of the highway, on my right side.  The back wheel of my single-speed bicycle had locked up as I had turned around to make my way back home.  I hadn’t been going that fast, since I was turning, so I wasn’t hurt at all.

I tried that, but my right leg was locked to the bike, under the bike, with my left leg holding the whole mess down.  It wouldn’t budge.

I looked down.  The reason my foot was locked to the bike is that I was wearing jeans – hand-me-downs from my brother where the cuff was so long it had dragged on the ground.  That ragged cuff on the inside of my leg was stuck between the sprocket, the chain, and the chain guard.

On a 10-speed, that wouldn’t have been a problem.  Just rotate the pedal backward until the jeans got loose.  Not on my blue Schwinn® Stingray™.  Turning the pedal backward just engaged the coaster brake – then it locked up like it was welded in place.

I looked around and assessed my situation.  It was getting dark – that’s why I had turned around to go home.  I was lying in blue jeans and a gray shirt on an asphalt road.  Oh, yeah, it was on a banked corner.  The cars coming from the east wouldn’t see me until they were right on top of me.

Then the obvious thought flashed in my mind:  “I could die, right here, right now.” 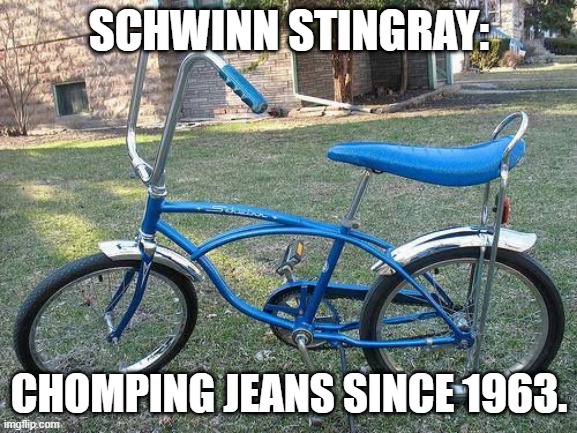 My bicycle couldn’t stand on its own.  It was too tired.

When I was a kid, we lived at the edge of the forest.  The nearest kid to me was at least 10 miles away.  If I had started in the forest, I could have gone (in one direction) 45 miles before I would have seen the next paved road.

It was remote.  Oh, sure, there was a movie theater pretty close – only a fifty minute drive away.  And there was a supermarket not 15 miles away.

I think that growing up there really influenced the way I look at life.  First, I had to become comfortable with my own company.  Thankfully, there were monthly trips to the bookstore, and when I was in school the library had a great selection of thirty-year-old paperbacks that I could check out.

I learned to make models, to go hiking by myself, and make my own fun. 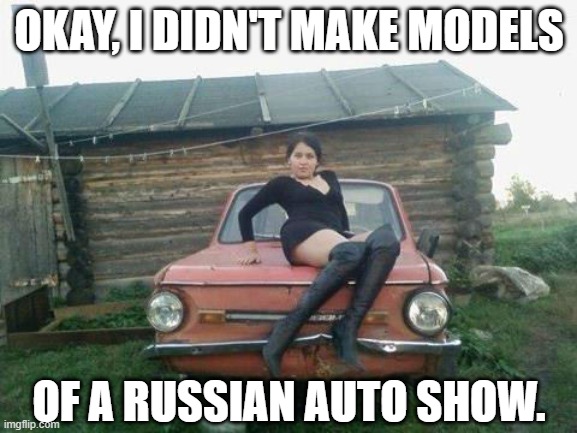 I once went to a car show in Mexico, but it was only for Fords®.  They called it the Ford Fiesta™.

Growing up in a place like that, one thing is certain – not only were you in charge of making your own fun, you were in charge of keeping yourself alive.  When I went hiking, even though I never went too far, all it takes is one rattlesnake to ruin your day.  They say the rattlesnakes where we lived were fast and could move at 75 miles per hour, but I never saw one driving.

Every trip we took into the forest was on us.  In the summer when we went to get firewood, we’d only be 10 or 15 miles into the forest.   That wasn’t so bad.  If the truck broke down, we could hoof it out and be home before Ted Cruz could make it back from Cancun.

I had a girlfriend that got tired of my astrology puns.  It Taurus apart.

In the winter when we went hunting, that was another story.  Pa Wilder packed survival gear, food, and extra warm clothing.  With what we had, we could have survived, but it certainly wouldn’t have been comfortable – sleeping in cold weather would have been in-tents.

The vehicle itself was four wheel drive – with a winch.  One cold November we got not one, but three flat tires.  I don’t know if you’ve ever tried to drive a car with multiple flat tires up a snow-covered mountain trail road, but it’s not something that generally works.

It does, however, work when you take a winch cable from tree to tree, pulling the car up as you drive it up.

It worked.  I think I was 12 or so when this happened.  It made an impression.  There was no one there to help us.  If we didn’t get out, our lives were at stake.

And that was the primary theme that we had, living at the edge of the forest, at the edge of civilization.  If we didn’t save ourselves, no one else would.  That’s why we had the fireplace, wood stove, and all of that sweet, sweet firewood:  no loss of a generation plant hundreds of miles away would stop us from being warm.  Water?  We only had a supply for a few days, but the river was only a half a mile or so away.  In the summer, a pleasant walk.  In the winter?  Well, there was plenty of snow. 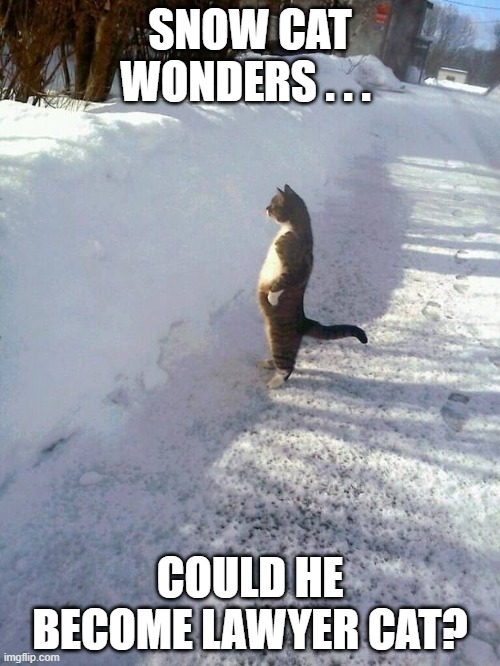 Life was always about survival.  Life was about always having a Plan B.  Our pantry was stocked, our freezer was full, and Pa Wilder had enough powder and primers to last a lifetime.  Sometimes we lost our power for a night, but we never had to worry – we had candles, and we had enough firewood to last until Hillary Clinton grew a conscience.

Sure, we expected the light switch to work when we flipped it – we weren’t in Venezuela.  But we had a backup plan, and that backup plan didn’t require government at any level to help us.  It couldn’t, and if it tried, being so remote, we’d be among the last people it would try to save.

Time and again, I’ve been proven right.  Outside of snowplows and preventing the Soviets from invading, the government really hasn’t been much help during any emergency I’ve been a part of.  Private companies (like power companies) have done far more to help.

Lenin put “?” behind traitors – and would ask himself, “Did they question Marx?”

The attitude of preparation and self-reliance has driven me towards the Right.  I don’t want every service that government can give me if it means that government controls everything.  No matter what pretty picture is painted, the end result is the same.  Wal-Mart® is better at feeding people in disaster areas than FEMA ever will be.

Thankfully, ordinary citizens are even better than Wal-Mart™ at disaster recovery.  Preparing for a disaster beforehand is generally not that expensive, but if you wait until the disaster is unfolding, it might not even be possible.

The biggest lie a government tells you is that it will take care of you if disaster strikes.  Governments can’t – they’ve proven that time and time again.

As I was lying against the cold asphalt in the dimming light, I knew no one was coming to help me.  I pulled my leg as hard as I could.  I heard my jeans rip.  My leg was free!  I got up, and carried my bike to the side of the road. 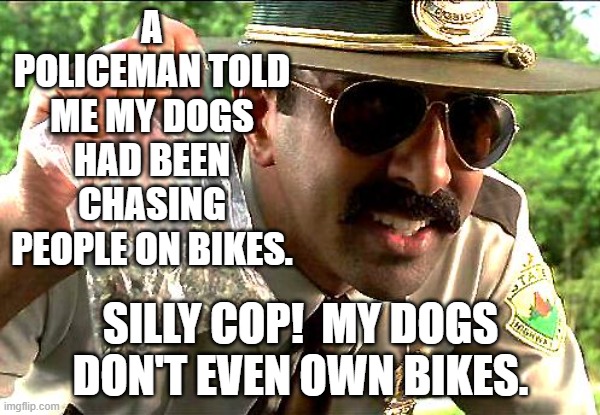 What do you call a bike tire repairman?  A spokesman.

About two minutes later, a car passed me as I pedaled homeward.  Had I been sitting in the middle of the road, could he have stopped?

I don’t know.  But I do know that if I had waited to depend on him seeing me, the answer wasn’t mine – it was his.  By taking action, I made that possibility disappear.  And I got home before Ma Wilder missed me.