More splits than a gymnast

There has been this wide of a disparity only 3 other times in 25 years.

All three of them experienced issues, but on different time frames and vastly different contexts. It’s hard to read much into such a small sample, but it seems to be at least a minor worry. For other assets, the havens of bonds and gold held up well, while the dollar fell.

The stock market’s momentum remains strong, which typically leads to more gains over the next 6-12 months. With the S&P 500 back near its all-time highs, its 14 weekly RSI is now at 68. Just another week’s rally, and the S&P will probably become overbought for the first time since last September. 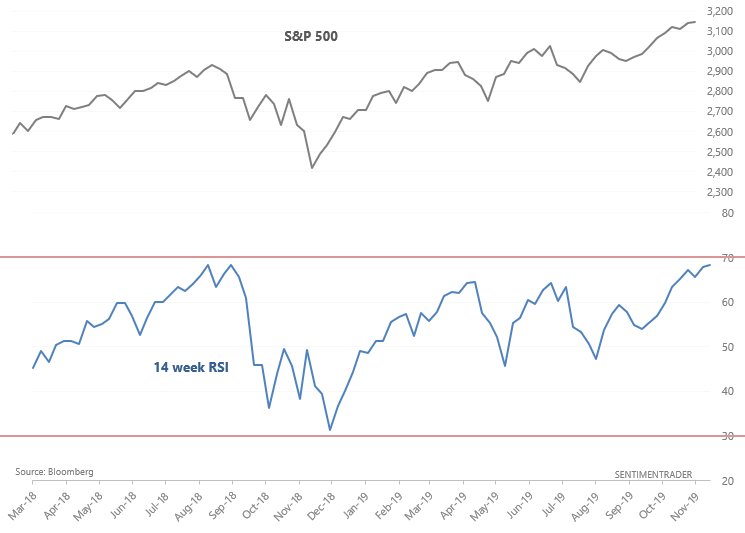 When the S&P became close to “overbought” (at least according to the popular RSI indicator) for the first time in more than a year, it typically continued to rally over the next year.