RUSH: In Hawaii they have had a quarantine. No tourism for two or three months now. If you go to Hawaii from the mainland, the first thing that happens, they are told that you’re coming, they have an official meet you when you get off the plane at the airport and they know what hotel you’re staying at, and they follow you and make sure you go there and you have to stay quarantined for two weeks.

You can’t leave your hotel room for two weeks. So nobody’s going. Why should you when the hotels are not open? They have been closed since March. Hawaii is total tourism. That’s its business. That is its lifeblood. And there hasn’t been any because the Hawaii state government has not allowed any. 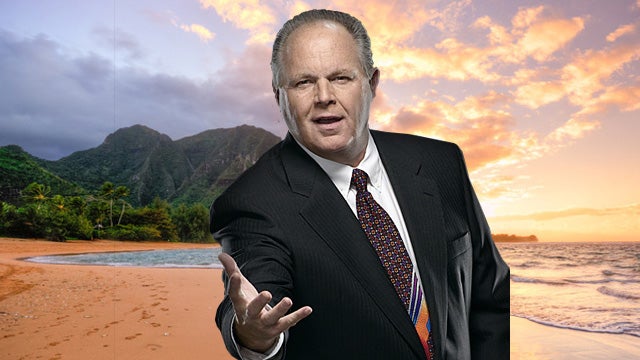 So a month or so ago the government of Hawaii announced they were gonna open up on August 1st. This led to a lot of people investing a lot of money getting their businesses, like their hotels and their restaurants and their bars and their strip clubs and the pole dancers and all that, ready to go for the new arrival of tourists. They spent a lot of money. People have invested millions of dollars getting their dormant hotels ready to go, polishing the poles in the pole dance places, making sure that the lap dances can occur in a pristine, disinfected way. And then the state came along and announced, nope, sorry, we’re extending the lockdown to September 1st.

So now people are out millions of dollars that they’ve invested in an August 1st reopen. Now, stop and think, if you own a hotel property in Waikiki or if you happen to own any kind of investment like a hotel property in the Kahala district of Oahu which is on the southeastern side of Diamond Head, folks, they’re breaking people.

And Hawaii is a set of islands right out there in the South Pacific. They don’t have any natural resources except for pineapples and coconuts which is okay for pina coladas. Macadamia nuts, coffee. But no oil. They have to have shipments of oil and food that arrive every day to all those islands. And they come in various ways. They come in cargo aircraft. They come in by oceangoing vessel. Meaning, if anything happens to disrupt the supply line, there’s not much in stockpile.