RUSH: Well, well, well. Getting really, really interesting out there, folks. Not that it hasn’t been. But man, oh, man, there’s some hot brewing stuff going on out there that, frankly, I’m surprised — ha-ha — is not bigger news than it is. That’s why I’m here. That’s why I am America’s Real Anchorman to tell you what the big news really is, the big news the Drive-By Media, the Democrats in the media are ignoring. 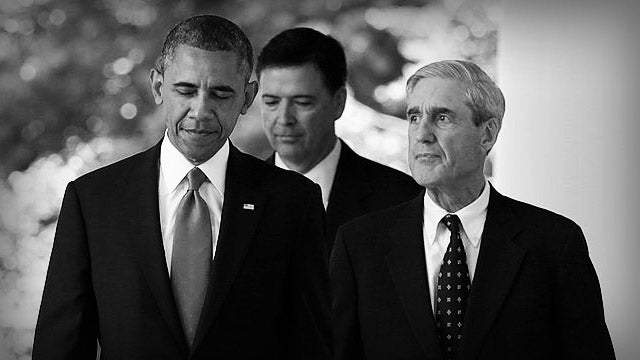 Why is Barack Hussein O doing this? Because it has been revealed that Barack Obama collaborated with the FBI to invent the Russia collusion scandal. We knew this. I mean, grab sound bite number 1. This is February 14th, Valentine’s Day 2017. Listen to this.

RUSH ARCHIVE: To show you just how lame the media is and how little they’ve got, they’re already asking what did Trump know and when did he know it, and that’s not the question. The question is, what did Barack Obama know and when did he know it and what has he engineered here? This all happened with Flynn back in December. Trump had not even been inaugurated yet. And it’s still mysterious to me what really happened. Even if, even if Flynn, as the incoming national security director, had called the Russian ambassador to talk, so what? That’s not hard to imagine. That’s not a big deal. It really isn’t a big deal.

So it is not a stretch. In fact, it’s factual to say that Obama collaborated to invent the Russian collusion narrative. That’s why Obama is taking all of his time and trying to focus on Trump and his supposedly horrible, chaotic response to the coronavirus. Obama knows he’s got buddies. He knows he’s got sycophants. He knows he’s got butt kissers in the Drive-By Media. But he still needs to give them somewhere to go. So harping on Trump and Trump’s supposed incompetence is Obama’s way of deflecting.

To show you how discombobulated Obama is, grab audio sound bite number 2. The Obama alumni had a conference call last Friday. Now, the Obama alumni is 3,000 former Obama administration sycophants. Butt kissers. People that worked with Obama in his regime. And this is how Obama is characterizing the supposed travesty of the Department of Justice dropping the case, dropping the case against Flynn. 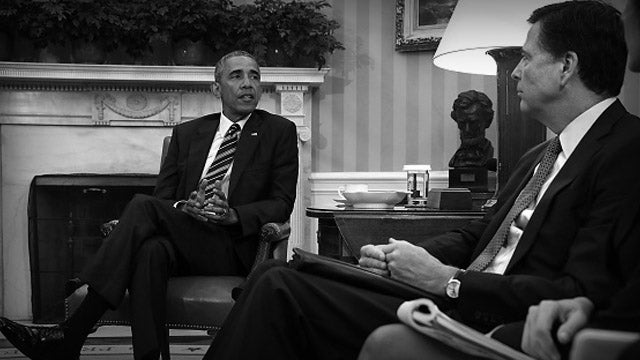 OBAMA: The news over the last 24 hours, I think, has been somewhat downplayed about the Justice Department dropping, uhh, charges against Michael Flynn and the fact there is no precedent that anybody can find for, uhh, someone who’s been charged with perjury, uhh, just gettin’ off scot-free. Uhh, that’s the kind of stuff where you, you begin to, uhh, get worried that basic, not just institutional norms, but, uhh, our basic understanding of rule of law, uhh, is, is, uhh is, uhh, is, uhh, is at risk.

RUSH: This is the guy said to be smarter than everybody. That’s the guy said to be smarter than anybody in the room. He speaks and nobody can compete. That sounded pretty disjointed. But worse than that, here’s Obama saying there’s no precedent that anybody can find for, uh, someone who’s been charged with perjury just getting off scot-free. Well, what’s the problem? Flynn was not charged with perjury. He did not face a single charge of perjury. Yeah, he supposedly lied to the FBI at a process crime, but he did not plead guilty to perjury.

But he doesn’t fool smart people — and there’s another thing that I want to toss on the flame here, because I knew this was gonna happen. I didn’t predict it. I stayed silent. I stood mute. But I knew this was gonna happen, and I was hoping it would, and I couldn’t wait ’til it did. The Democrat Party and the media all think that the Obamas are universally loved and adored.

That they are the most respected and the most popular people in or out of politics in the country today. They think that whenever Obama comes along and endorses your candidacy, that you are a slam-dunk winner — and in the vast majority of Obama endorsements, it’s actually the exact opposite, and you have to go no further than Hillary Clinton to prove it.