RUSH: I’ve got a piece I just want to give you a heads-up on at The Federalist. It’s by John Daniel Davidson. “The Struggle Sessions Are Here, And They’re Not Going Away.” 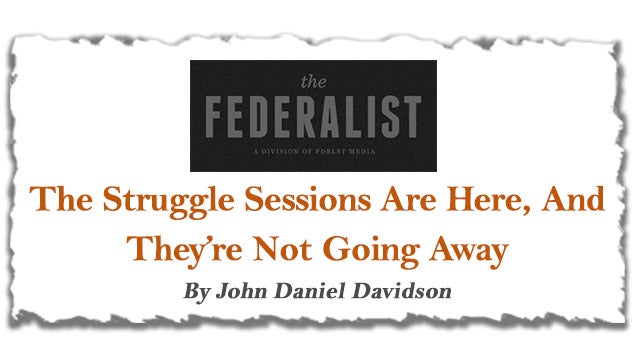 And the best way to understand what’s happening in America today is to go out and learn about the Chinese Cultural Revolution. That is what is underway. That’s what the American left’s model for all of this that’s going today and the attempt to re-indoctrinate the way everybody thinks, to get everybody going and apologizing for being whatever they are and for kneeling down, the Chinese Cultural Revolution. I’ll give you a little head start on that with the aid of this piece as the program unfolds.

RUSH: I mentioned earlier that I want to share with you elements of a column today that runs at The Federalist: “The Struggle Sessions Are Here, and They Are Not Going Away.” It’s by John Daniel Davidson.

We cannot fix America. We cannot overcome the original sins — and, by the way, they are not just slavery. Practically everything the white Founding Fathers implemented in the founding of this country is unjust and immoral precisely because they were white Founding Fathers. But the key point is that as far as… That’s why Mattis going out here talking about Trump’s not even trying to unify is so stupid. 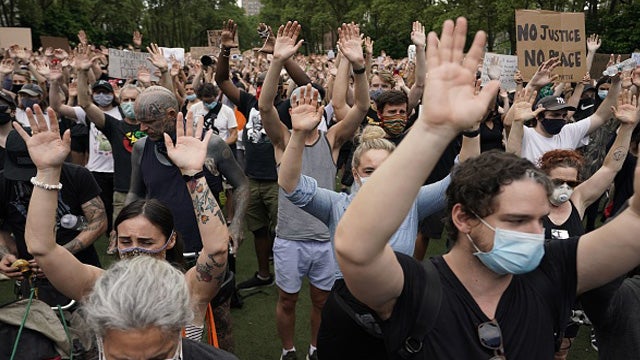 So about the only thing they could do was homeschool, pull their kids out of public school and just homeschool ’em. That’s about it. They didn’t feel comfortable speaking up or opposing it. Now, if you’re not sufficiently woke, you can lose your job, you can lose anything else that the woke crowd wants to take away from you.

They would confess to it. They would plead. They would beg for mercy. It’s happening now. I just shared with you the story. There’s this YouTube streamer streaming video forcing white girls to their knees because of white privilege.

I don’t think the ChiComs see it that way. The ChiComs who are looking at this, and they’re probably scratching their heads saying, “What the hell? We’ve been more successful than we knew!” Now we’ve got… (chuckles) Now we’ve a serious movement in Los Angeles and other places to defund police departments. Think the ChiComs have noticed that?

I’m gonna tell you what. If you can defund the police department, it ain’t gonna be long and it ain’t a big stretch ’til you start getting serious again about defunding the military — and then what’s James Mattis gonna say? I mean, the left has wanted to defund the military for as long as I’ve been alive.

CALLER: Hi, Rush. Mega dittos. God bless you and thoughts and prayers for you.

CALLER: I wanted to go ahead and bring up a point quickly. I think that I would be voicing the majority of conservative opinion when I say that I believe that the majority of African-Americans attending these rallies — not rallies, I’m sorry, protests. Be it if they kind of disintegrate into riots — 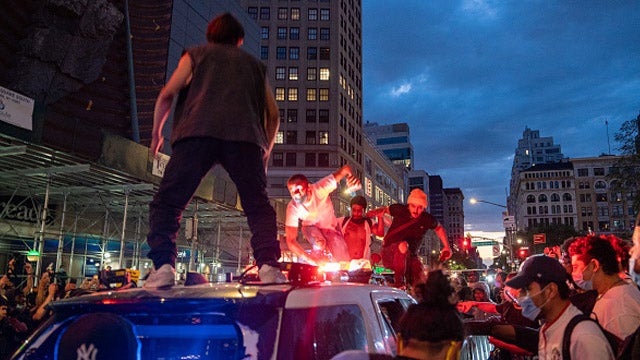 RUSH: They are rallies. In fact, that’s a good way to look at ’em. They’re Democrat versions of rallies. They can’t do what Trump does. It’s as close as they can get.

CALLER: That’s true. But whether they remain peaceful or they disintegrate into riots, I believe that the majority of African-Americans are there in some semblance of good faith wanting to go ahead and advance, you know, what they see as a problem. However, I believe that the rioting factions are mostly constituted of, you know, Millennial, middle to upper class white, not all white, but majority of white —

CALLER: I think so. I ran across an article today that was written yesterday in a local publication here in Durham called Indy Week. And it said that over the weekend most of the protests in Durham, North Carolina, which has a higher constitution of African-Americans by population versus Raleigh, North Carolina, which is kind of —

RUSH: Well, I’ve run out of time. I misjudged. I thought I had a minute more than I’ve got, but you’re making an assessment based on what you read there in North Carolina. A lot of people, surprisingly, have advanced this theory to me, that most of the real trouble making is being done by wealthy, white Millennials.